My first live Mania. It was definitely a thing that happened. 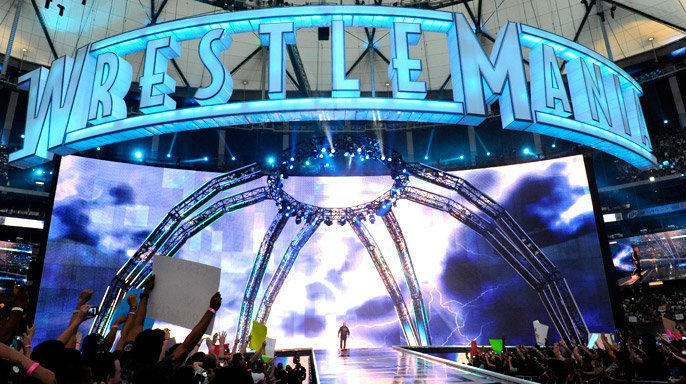 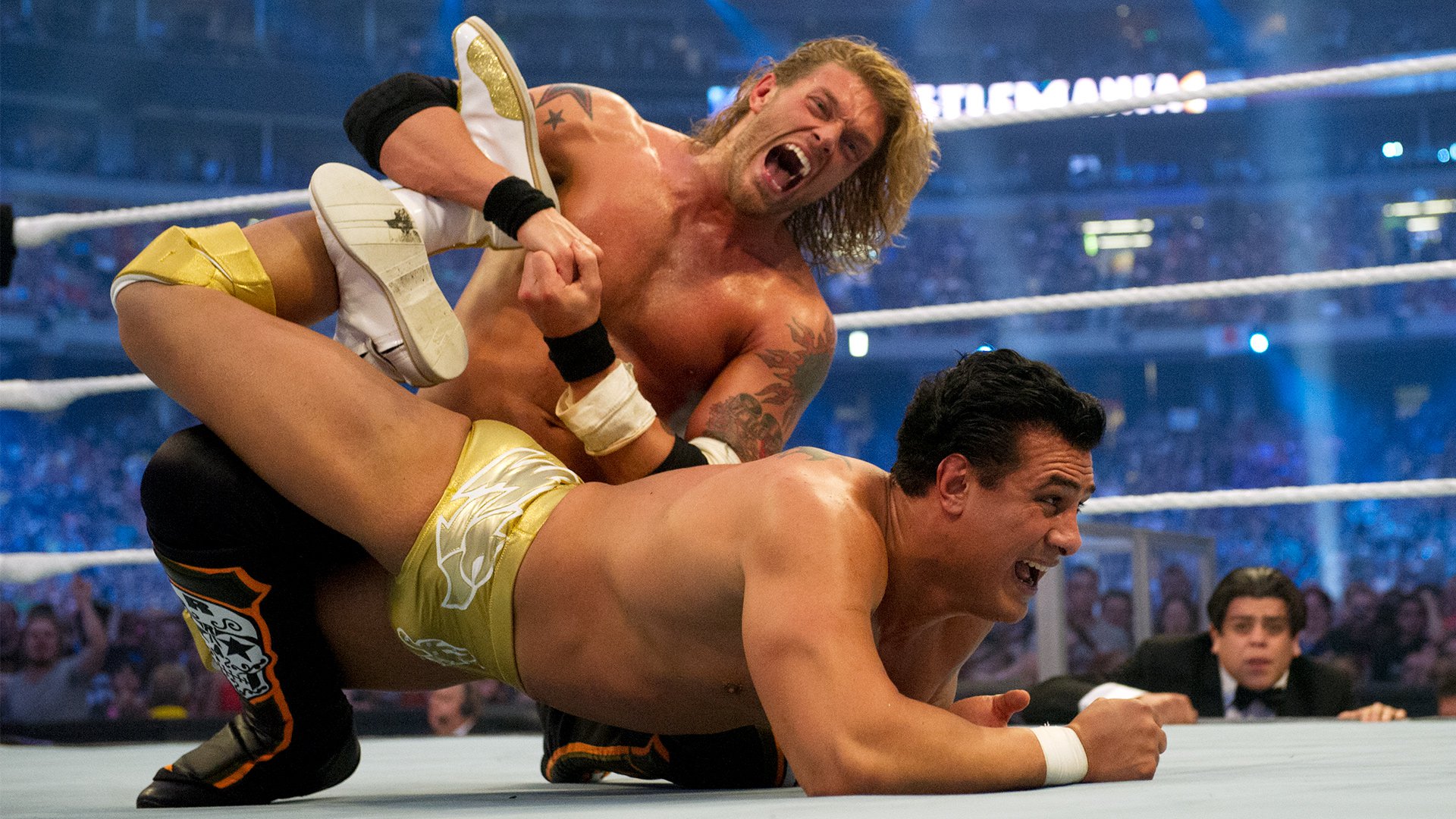 It’s wild thinking how differently life goes for these guys. Seeing Edge doing dives really scares the shit out of me knowing how bad his health was. There was something severely lacking with this match and we can put it squarely in the dude working the arm the entire time. I’m glad Edge has returned because this would have been a boring ass match to go out on. 0-1

Winner: Edge with the spear. 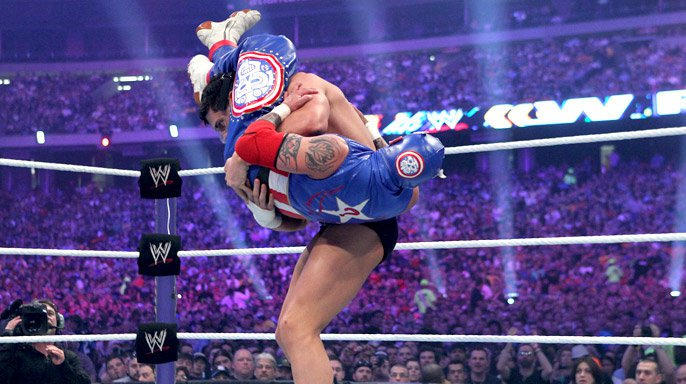 Ah yes, ugly Cody, liked it a lot. Rey has some sweet Captain America themed gear for this one which I also dig. This was a little slower paced but it made sense with the story they were trying to tell about Cody going crazy. Michael Cole was again the worst part of this as there is a fine line between being a heel and being so obnoxious that people want to mute their television. Still the match was fine. 1-2

Winner: Cody after a shot with a knee brace and a Cross Rhodes. 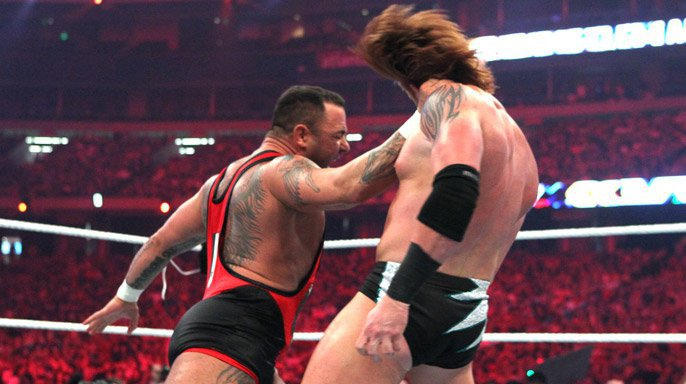 Kofi was replacing Kozlov. I’d call that an upgrade. Absolutely nothing to this though. The poor Corre got destroyed here. Eh. Oh well. 1-3

Winners: Big Show and company after a Cobra and WMD. 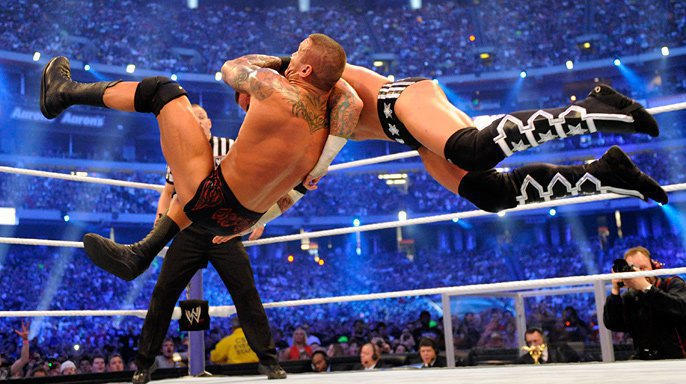 Punk was juuuuuust about there as a made man at this point. You could argue that this was the pinnacle year for both guys as far as in ring stuff went. Hell of a match with both guys doing what they did very well. Add in the fact that there is actually a backstory involved that makes sense? No way I’m not giving this a point. 2-4

Winner: Randy with an RKO out of a Punk springboard mistake.

Sunny (Frowny face, she looked great and threw it away again.) 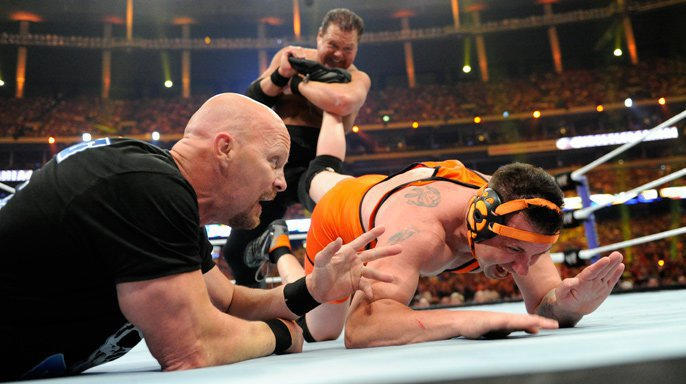 Fuck this match. It had no chance of being good and the fact that they decided to put the worst character on the show over to continue what was already a dead and unbelievable story made it worse. Jesus. Oh. I did like King’s entrance gear but still. 2-5

Winner: Michael Cole after some bullshit that I refuse to recap. Seriously fuck all of this. 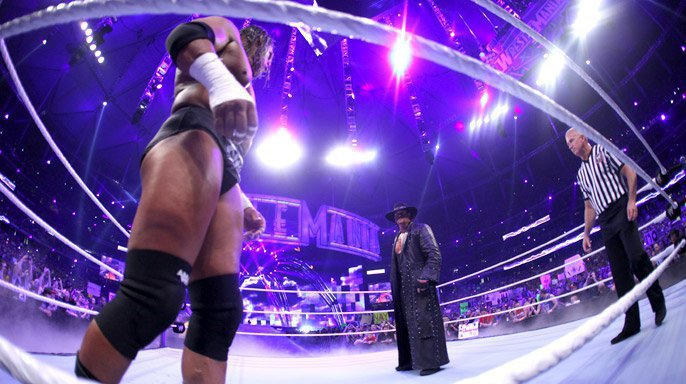 I really wish the awesome entrance music survived to the Network version. This still holds up. Both of these dudes just refused to have a bad match on this night and pulled out a classic and stole the show. They were 3 for 3 in good Mania matches in all honesty. Two all time greats earned that distinction here on the biggest stage. 3-6 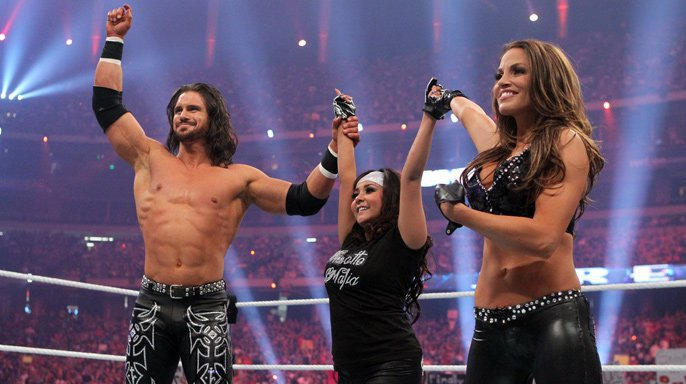 Winners: Team Jersey Shore after a splash from Snooki. 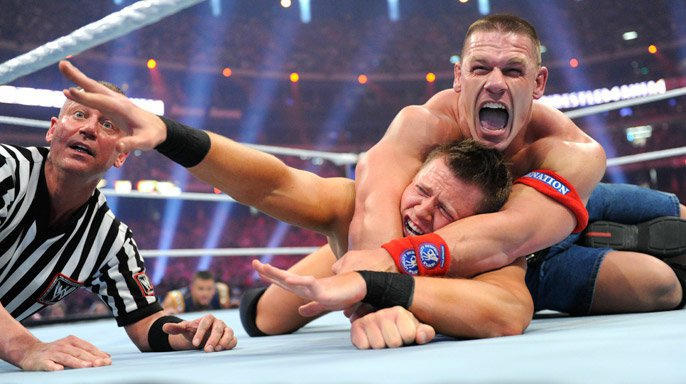 I love Miz. I’m glad he was able to regain the belt this year. But. He was not ready for the spot he was in and the crowd was just waiting for someone to beat him. Not in the cool way but in the we don’t believe in this guy way. The ending seemed screwed up and Rock made both guys look like shit as well. I’m sure this match is one of the reasons this show is judged so harshly. They dropped the ball. 3-8 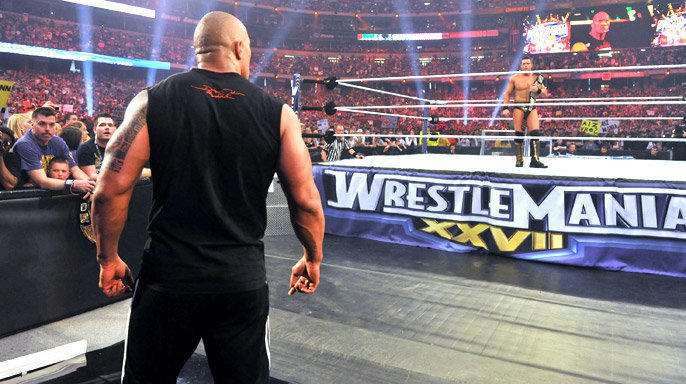 Final Tally? 3-8 It wasn’t as bad as some Manias but it is definitely on the bottom tier. I hate to say they used a Mania main event to build to another show but that’s what they did. Made a lot of money too so what do I know?