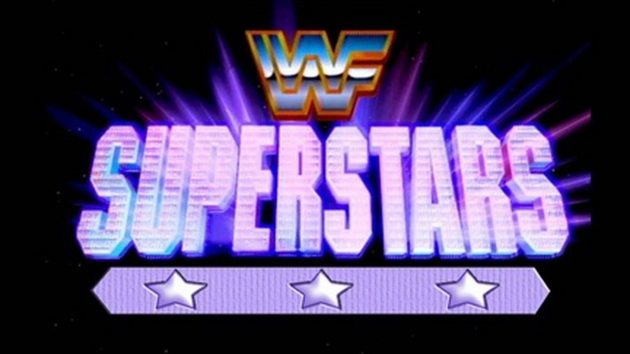 LOD murders them before the match even starts. Genius and Beverly Bros call them sissy in the inset promo. What a sick burn. This was a murder but it was quick. I approve. 1-1

Chris has a cool half mullet half rat tail deal. This was kind of garbage. Nothing to it really. Like at all. 1-2

Winner: Repo after a slingshot into the bottom rope.

Shawn and Sherri are in an  inset promo want to fix the IC title’s reputation. Bret does a hell of a job getting something entertaining here out of Tom. Bret thinks a lot of himself but matches like this are probably why. 2-3

Winner:  Bret with the Sharpshooter.

Fuji in an inset challenges Undertaker, I remember that attempted murder. Berzerker walks around a lot and says Huss. Eh. 2-4

I want one of those “yes, I am a model” buttons. Red Tyler in his red white and blue tights is like someone mixed Jimmy Delray with Lex Luger with half the charisma of either.  This was alright surprisingly. I was shocked too. 3-5

Winner: Model with a Boston crab.

*Get mania VIII on VHS. I had that. We get some bonus material footage.

Kerry cuts an inset promo. He’s rededicating his life to all kinds of things that I wish he would have stuck with. Sad. It’s always amazing how well this dude moved considering his handicap. Had he just told people he would have been twice as over. Good old fashioned ass whipping. I dug it. 4-6

Winner: Tornado gets it with a Discus punch.

I hope the champs murder Buck. Fuck that pervert. Powers actually did really well before he tagged in that pedo piece of shit partner of his. Disasters cut an inset promo and they want another shot. Perv got zero offense. Good. Fuck that guy. No point though. 4-7

Winner: Champs retain after a Million Dollar Dream to the rapist.

Overall Thoughts: Not a bad show. The matches were obviously short but nothing super terrible. Plus it’s less than an hour. What else are we going to do with our time? Something constructive?