This will not be 3,000 words just some quick thoughts on the show. Also, I miss Sean Deng (insert sad face emoji). 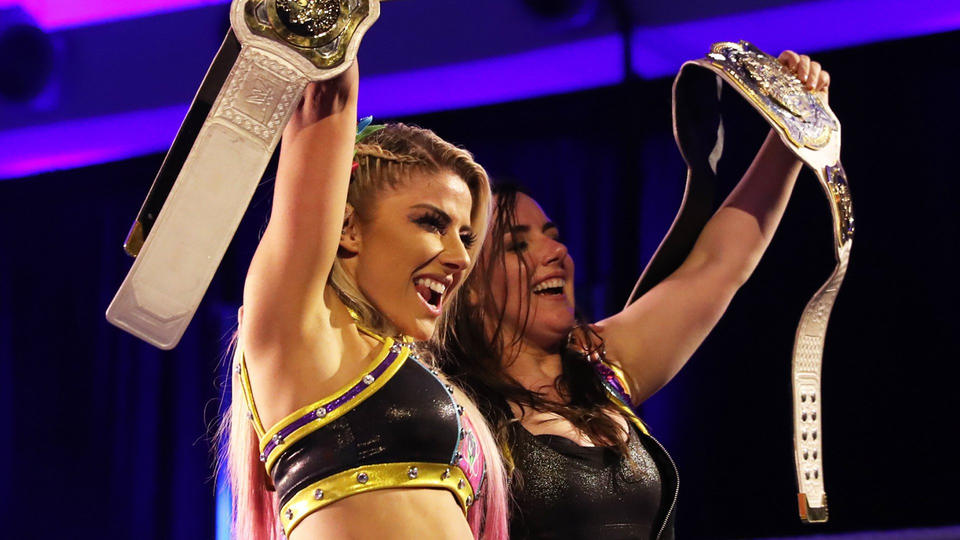 I thought this was decent. Everyone was clearly trying their best in a weird situation. Little things like Nikki trying to lead a clap in the corner threw me off a bit but match wise it was fine if not a bit too long. I’ll give it to them. 1-1

Winner: Alexa with a Twisted Bliss on Sane. 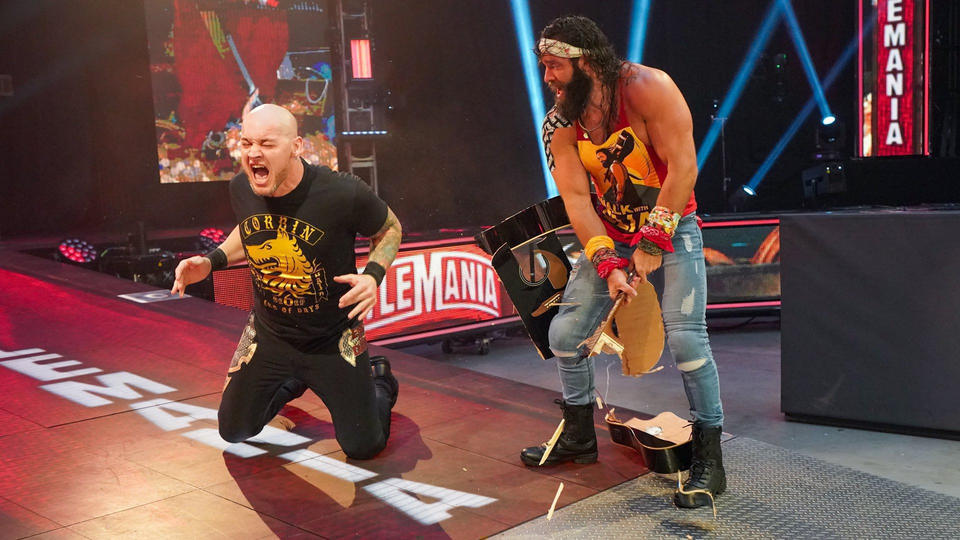 The King tried to take the forfeit before the match and sadly… I would have been more entertained if he did. These guys are both OK with the right opponent but have less than zero chemistry together. It be like that sometimes. 1-2

Winner: Elias with a handful of tights after trading rollups. 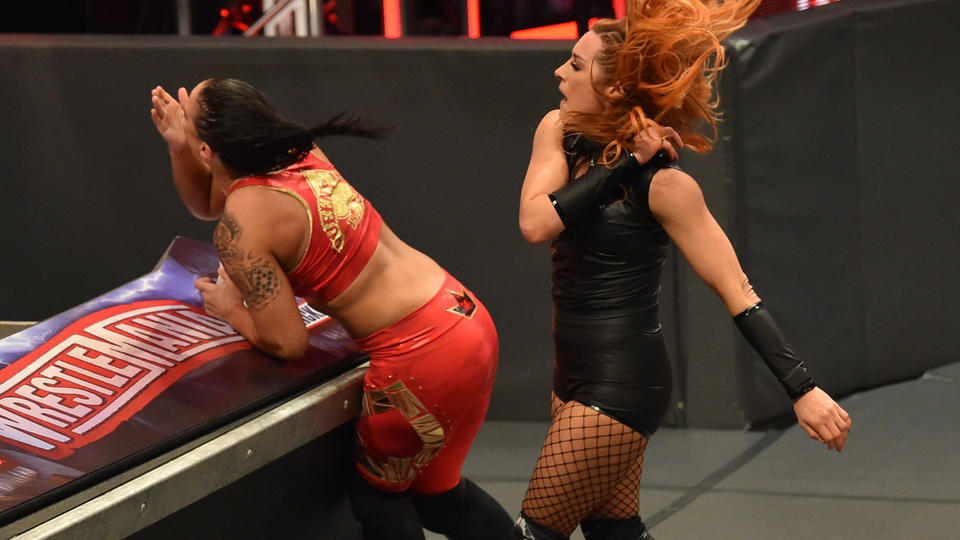 I really liked this one. I feel if this was in front of a crowd it might have been a classic but as it stands it’s still very good. I have no idea what they will do with Becky now though. She legit beat everyone. Shayna will recover by choking more people out. I’m shocked at how well this is going though. 2-3

Winner: Becky does the Bret Hart counter out of the clutch, just from the mat and not the ropes. 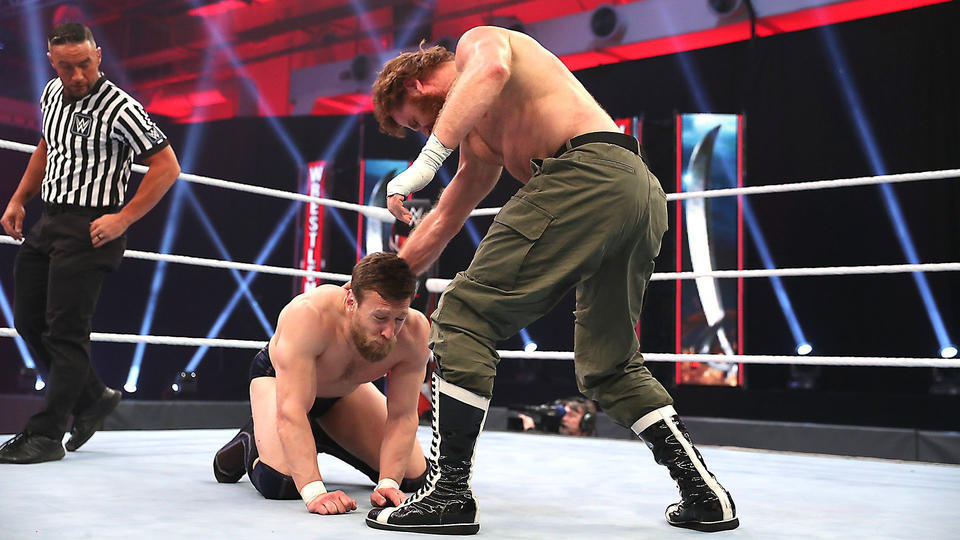 Another fun match that reinforces the fact that Bryan is a wrestling machine and Sami is a coward scumbag. This all came down to distraction and the numbers game. If they let the Artist Collective do this all the time they might actually get over. Who knew? 3-4

Winner: Sami hit Bryan with the Heluva Kick after some distraction from the Collective. 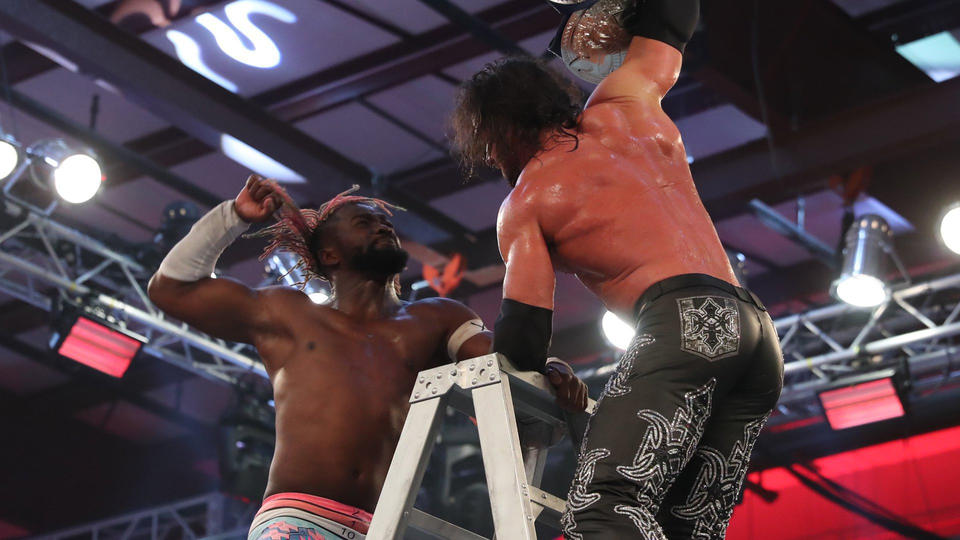 A straight banger that would have been a classic in front of a crowd. Big props to Jimmy Uso for stepping his game up in a non tag match. Dude did great. Kofi and Morrison could do this in their sleep so putting these guys in there was a great call. Damn good one. 4-5

Winner: Morrison retains after getting a double headbutt off the ladder while clutching the belts. 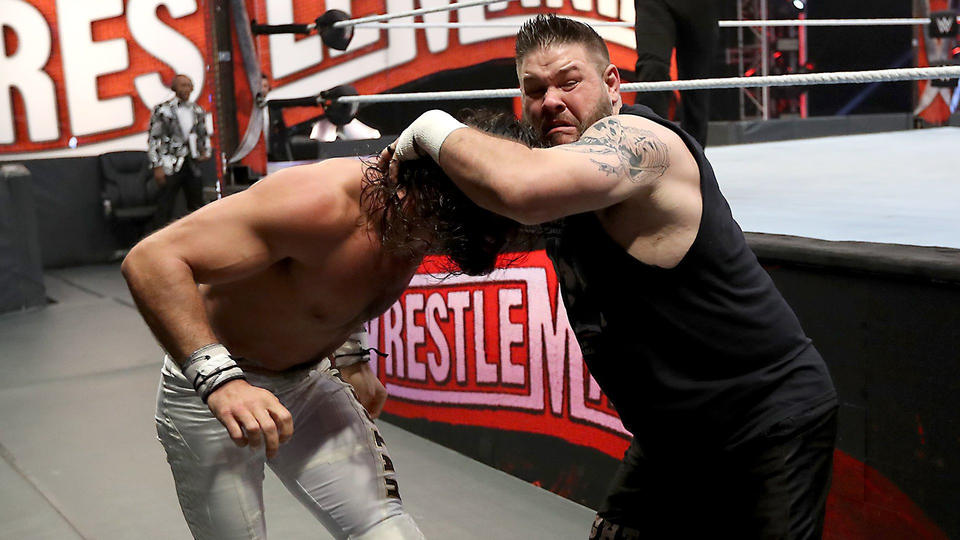 Another match that I thought was really good. I’m shocked at liking this show so much. Babyface Owens is my jam and Seth is a great scumbag. Owens sacrificing himself to kill Seth was a thing of beauty. Let the good times roll. I’m digging this show so far. 5-6

Winner: KO wins after a Stunner. 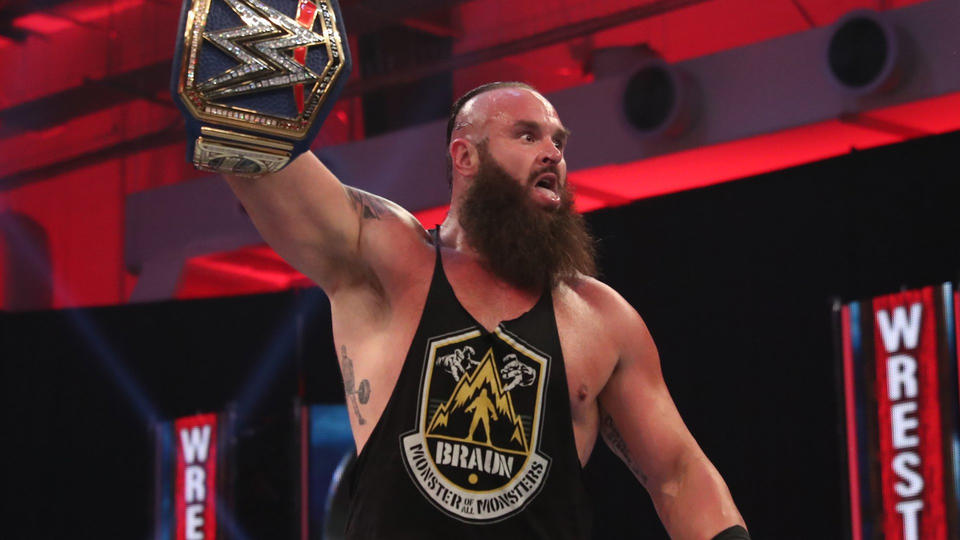 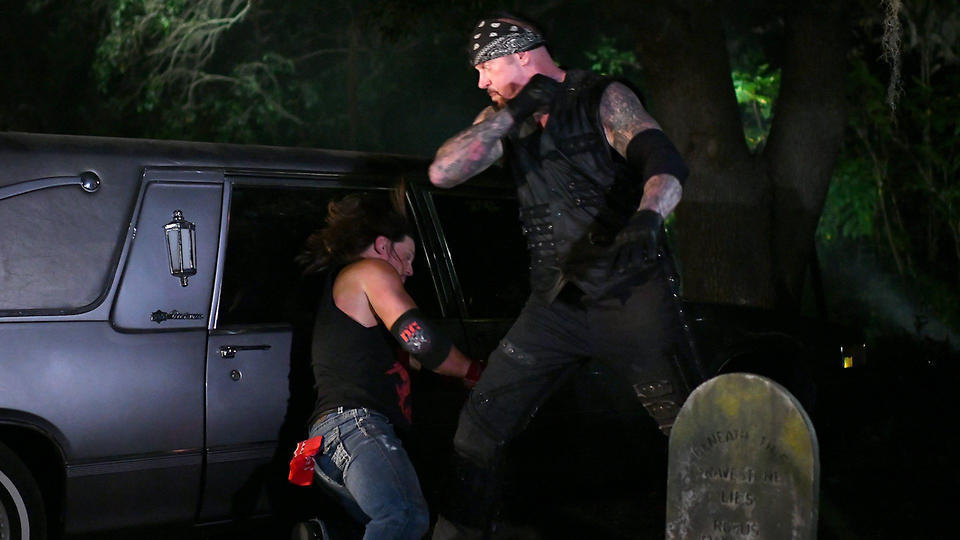 I’m sure this match is dividing the hell out of the fan base. Put me on the side that thought it was great. Probably the best thing they could do under the circumstances. Both guys did everything they could to make this work and bless them for it. I can see people hating it but not me. Kudos. 6-8 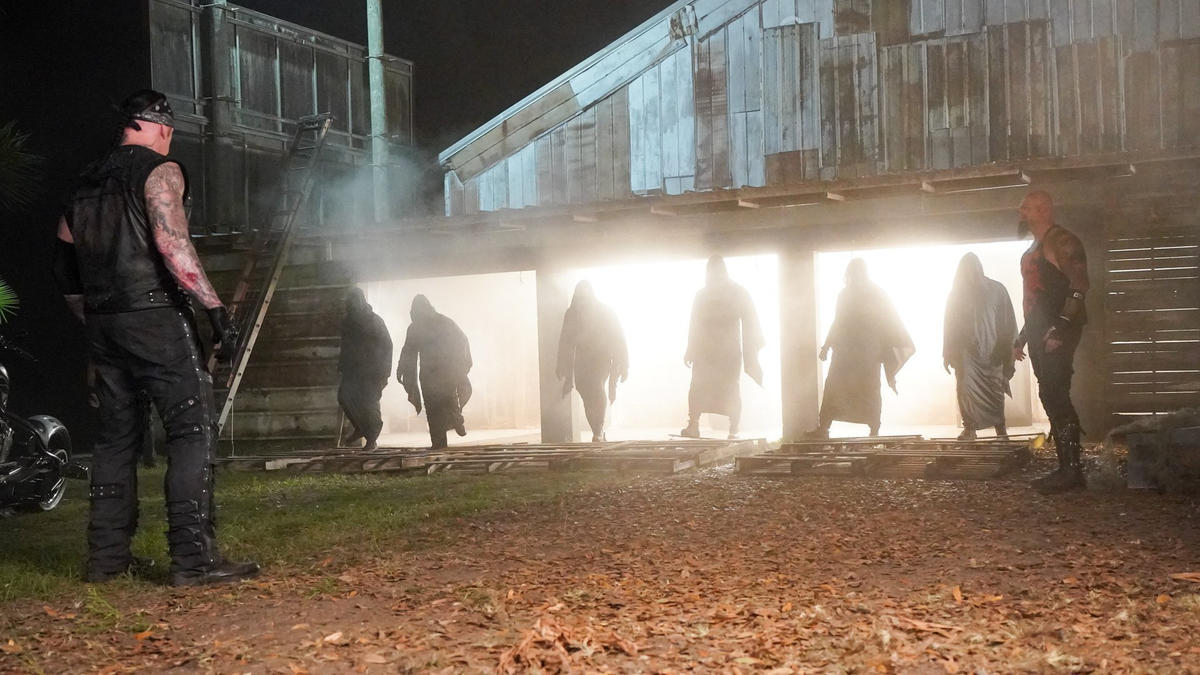 Overall Thoughts: This was waaaaay better than it had any right to be and I’m actually hyped for night 2. Everyone did the best they possibly could in a weird situation. Good job WWE. I hope night two is just as succesful.