Contains what still may be my favorite match. 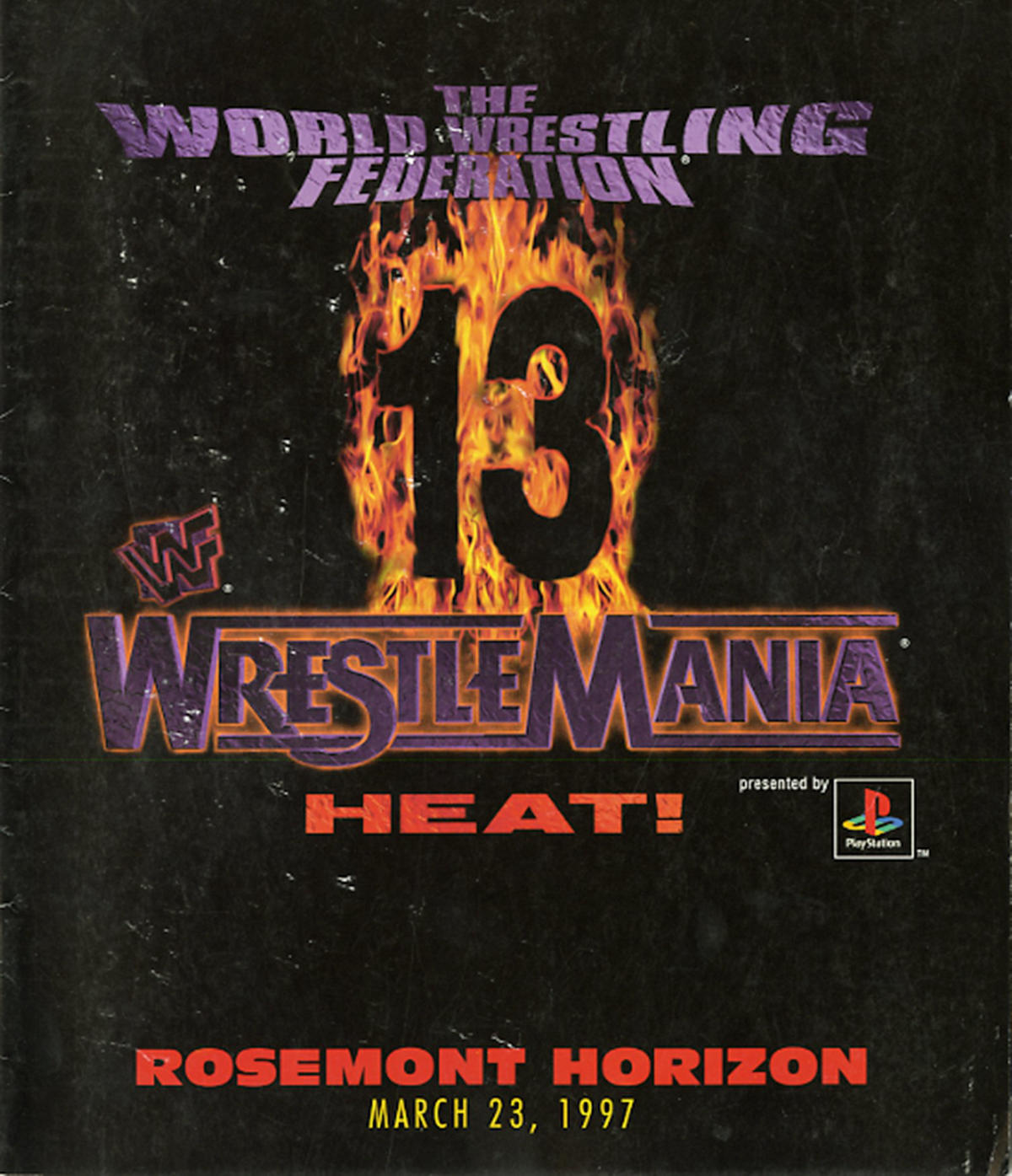 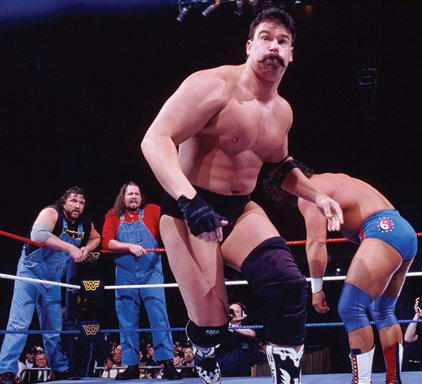 This was not would I would call good. There were some big beefy boys in there but didn’t do enough Hoss-like stuff for me. Plus the Headbangers sucked, Furnas/Lafon were beige, and the New Blackjacks weren’t over ever. The Godwins were alright I guess. Still 0-1

Winner: The Bangers get the win after a Stagedive from Mosh on Phineas. They earned a title shot the next night. 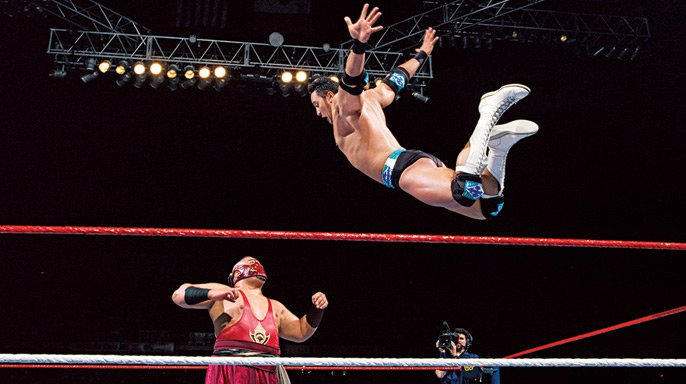 Look. We all love the Rock. He was amazing. But. This wasn’t the Rock yet and neither of these guys were as good as they would become later. Just a God awful match that wasn’t worthy of WrestleMania. I almost gave it a point for Honky’s country ass on commentary but I couldn’t pull the trigger. Sorry Rock. 0-2

Winner: Rocky with a roll-up. How dominant. 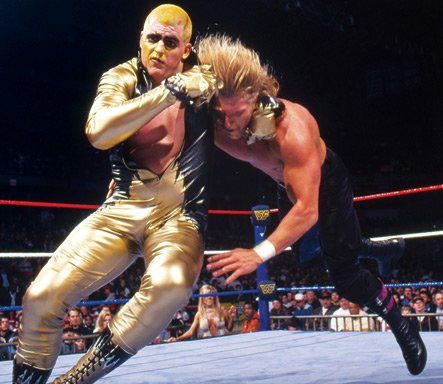 Technically this was fine but I’m not giving out star ratings I’m giving out enjoyment points. Painfully boring and not something that aged well. Hunter was still not where he needed to be charisma wise and Goldust’s character didn’t lend itself to mat classics at the time. Strike three. 0-3

Winner: Hunter with the Pedigree while Chyna murdered Marlena with a bear hug on the floor. Marlena sold the shit out of that for real. 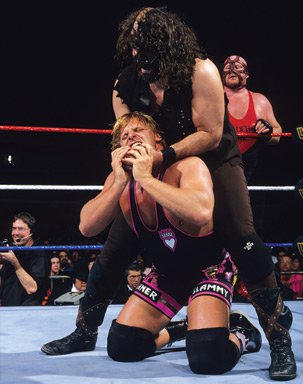 I love all four dudes obviously. The face/heel dynamic was a bit screwed up but everyone was at least making an attempt to not bore the living shit out of me so I respect that. Other than the ending being garbage this was good enough for me. 1-4

Winner: The champs retain via Double Count Out after Foley locked the Claw in on Davey outside the ring. Dummy. 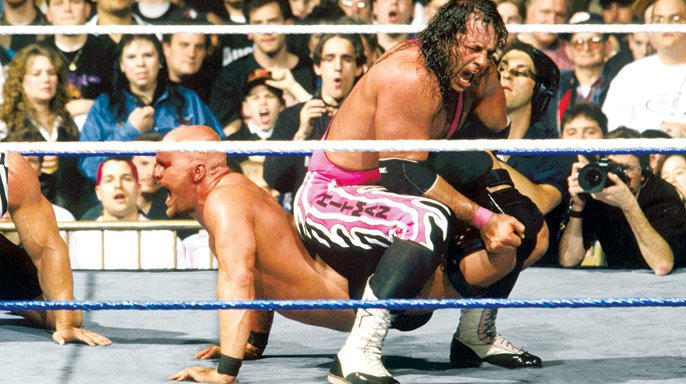 This holds up. No wasted motion. Tons of intensity. An amazing story. Two performers at the very top of their game delivering the performance of a lifetime. The crowd was deeply into this as much as me. Was this the greatest match of all time? I honestly don’t know if I can answer that question but I do know if it’s not in the conversation then there should not a BE a conversation. Hell yes this is a point. Five million fucking stars. 2-5

Winner: Bret gets the dub when Austin passed out in the Sharpshooter. But Steve never said he quit. Simply amazing. 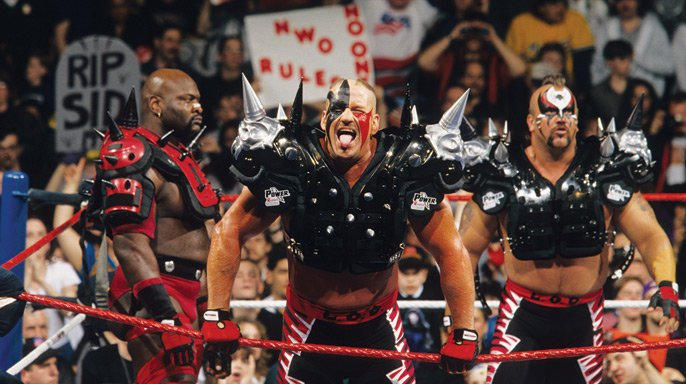 I don’t know why. I really don’t. But I liked this wild ass brawl. It’s crazy because ain’t no way this was five stars but it was fun and the crowd dug it as well. Sometimes the best pleasures are the simplest and big dudes hitting one another with shit is definitely a simple pleasure. 3-6

Winners: The babyface team after hitting Crush with a 2×4 clothesline. 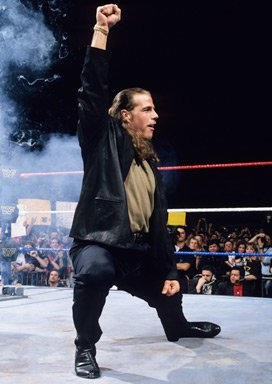 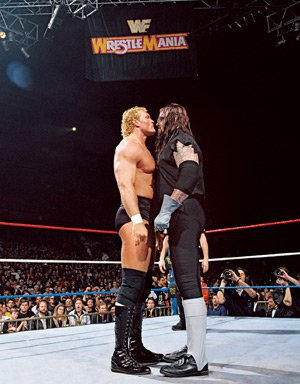 I was big-time team Sid at this point. Sadly it didn’t work out. Watching but back it still doesn’t. The only exciting parts in the match are when Bret Hart shows up. Just super slow and at the disadvantage of following a couple of fun matches. They tried but after the first couple of minutes they just couldn’t keep it going. 3-7

Winner: Undertaker wins his second Championship after a Tombstone following a Bret distraction. 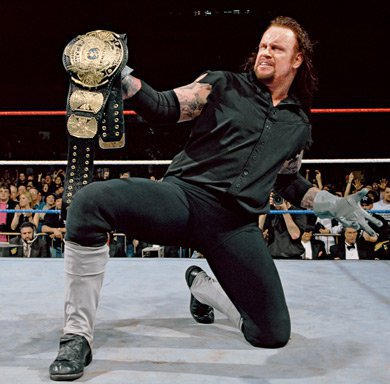 Final Tally? 3-7 Not the worst WrestleMania in history but it was almost completely saved by Bret/Austin. I’d say that’s the one you need to see. Sadly Peacock makes this shit impossible at this point. Screw it. It’s less than 3 hours so just fast forward through the first hour and suck it up.