Twenty years ago today the once biggest wrestling company in the world had their last PPV. It was…something.

(Quick note, there are backstage skits all night long with Flair’s Magnificent 7 stable, I’ll only probably comment if they do something really stupid.

Yeah, this was an opener to Pay Per View. They wanted people to pay money to see THIS MATCH ON PPV. The highlights of the match were Kwee Wee’s hair and the fact that Jason Jett was trying to kill himself to get over. This was alright but sloppy as hell at times. I couldn’t imagine ever wanting to watch it again. 0-1

Winner: Jason Jett got the win with the “Crash Landing”

This was the finals of a tournament for brand new belts that would never be seen again after the next week. WCW folks! I’m not sure why you wouldn’t start the show with this match but hey, I didn’t lose 60 million in a year so what do I know? This was roughly a thousand times better than the opener but still kinda botchy. Kid Romeo was obviously the weak link in this one but not enough where he stood out too much. It was a WCW Cruiserweight match so even when they are bad they are still pretty good. 1-2

Winner: Skipper and Romeo got the win and the belts after Romeo nailed Rey with a Snow Plow.

“Mat Classic” “Amazing Performance” “*****” are all things that will never be said about this boring ass match. For whatever reason this just didn’t click from the start. Bammer was definitely on the downswing around this time and poor Shawn never did live up to his potential. Luckily, I never have to watch this again. 1-3

Winner: Shawn got the win after the old “hairspray to the eye/Rude Awakening” combo.

The hits keep on coming. We are 4 matches in and it’s been a ridiculous excuse for a PPV. The babyface team is kinda garbage and the heels weren’t good enough to carry them to anything above mediocre. There are 6 matches left and my heart can’t take all the excitement. 1-4

Winner: Team Canada got the win after an Awesome Bomb on Hugh.

Match of the night in a fucking walk. These guys actually went out and bucked the trend of garbage matches by having a really good one. Helms was making the best of the biggest push of his career to that point. Chavo actually did pretty well himself here as well. On another show this may not have stood out as much but it sure did on this one. 2-5

Winner: Shane got the win and the title with a Vertebraker.

Before I can type the lame jokes I was going to make it’s over. I am happy about this. 2-6

You know, I remember kinda liking The Cat; but after watching his performance in this it’s hard to remember why. Kanyon was bumping around well enough for the both of them I guess but it didn’t help. This match did help me remember that Ms. Jones was a thing though. Not sure if that’s good or bad. Let’s just say that I didn’t like this and move on. 2-7

Winner: The Cat got the win after some Ms. Jones Shenanigans and the Feliner.

Booker seemed more game for this than Steiner was but wow… I just couldn’t get into this one either. Booker was still “Rock Lite” and Rick was phoning this in so hard he might as well have just stayed at the house. Did I mention that I hated this era of WCW? 2-8

Winner: Booker got the win with a Bookend after Shane Douglas nailed Steiner with a cast.

Road Warrior Animal came out with Flair/Jarrett but got tossed immediately. I love almost everyone in this match but man what a turd. Dusty should not have been anywhere near a ring at this point and Flair was in the stage where he wore a shirt all the time. Jarrett and Dustin were fine but not good enough to bring the match up to even OK. The crowd was into it because of the Dusty vs Flair novelty but that’s all this had going for it. 2-9

Winner: Dustin pinned Flair with what can charitably be called a small package. It looked like crap though. 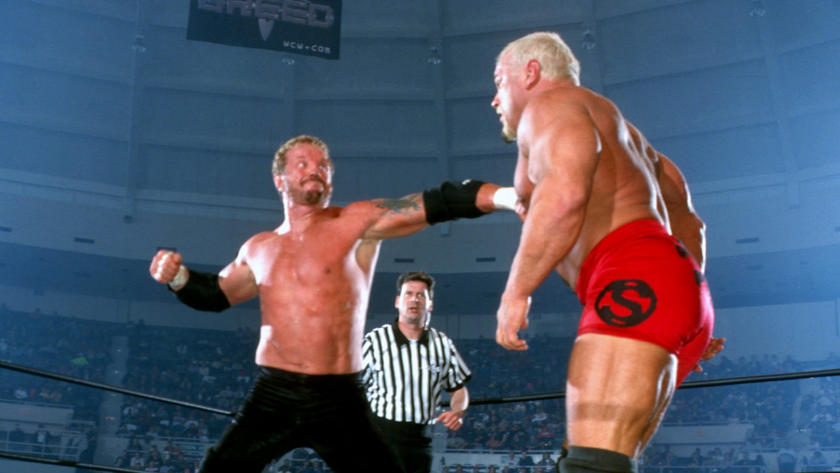 This was fine. Not sure it was fine enough to warrant paying all that money to Michael Buffer for intros though. DDP was a decent challenger of the month but Steiner had murdered every other Babyface ahead of DDP on the food chain so there was no way the upset was happening here. Steiner was a great monster heel even if he could barely move because of the muscles. Oh, there were more nutshots in this match as well. I’ll give it a point out of more pity than anything. 3-10

Winner: Scott got the win with the recliner after Rick helped out with the pipe. 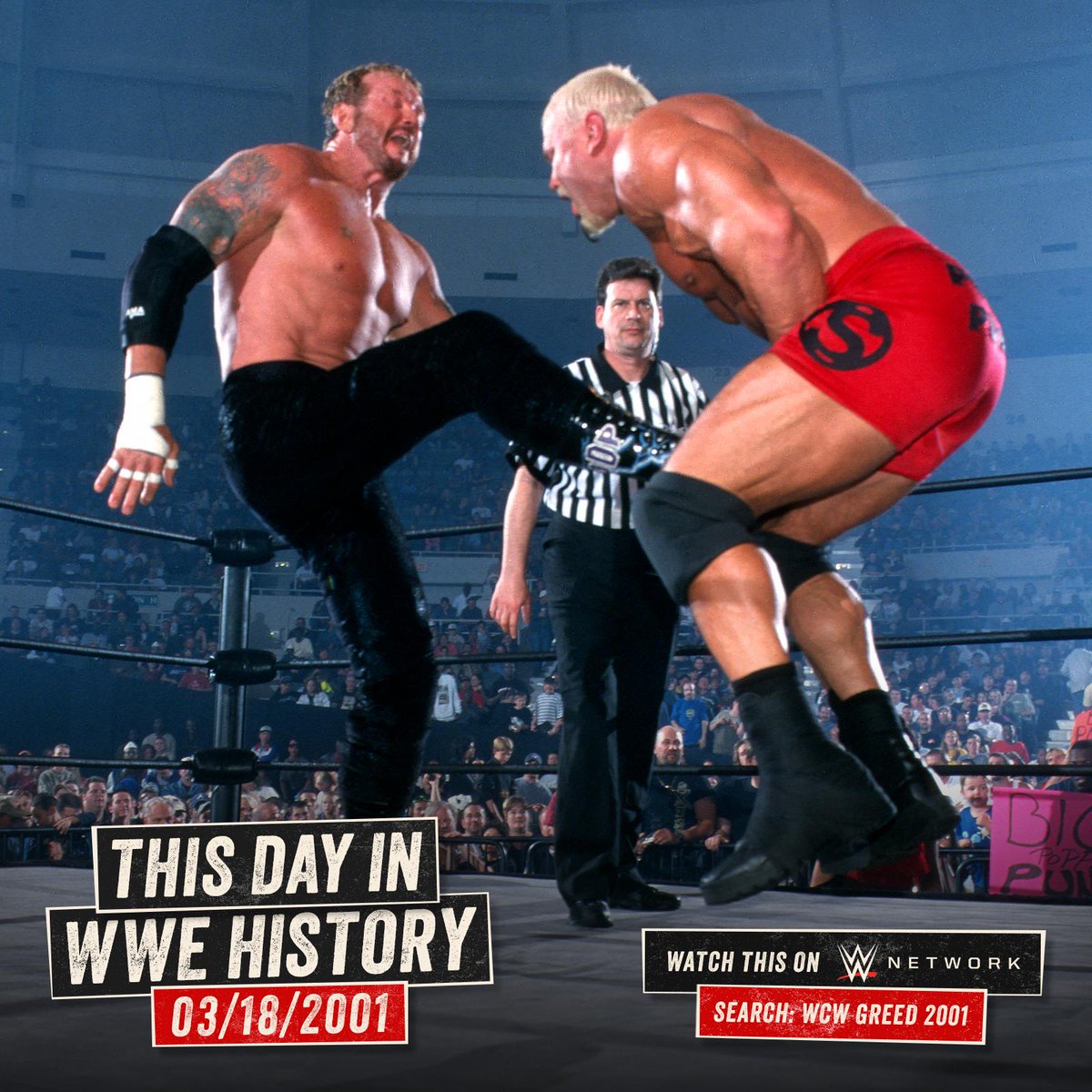 Final Tally? 3-10 Well, that was it for old WCW. I’d like to have seen them go out with a stronger show but injuries and contract issues left them with a pretty bare cupboard towards the end. This was a 10 match card and not a single one of them was something you would remember a week after it happened. It didn’t matter, a week later the company was dead as a doornail. What a sad way to end.