Eddie is a miracle worker but be it nerves or whatever, Konnan was blown up almost immediately. The match had a lot of slow spots as a result. There were moments that were fun but not enough for a point. 0-1

Winner: Konnan after Eddie crotches himself on a Rana attempt.

Now this was a damn match. They beat the living hell out of one another and absolutely no one in Mississippi cared. Regal’s nose was busted open at one point and he didn’t care. Two dudes out to make a point and they sure accomplished it. I mean, in 1996 no one gave a damn. But now? It’s fire. 1-2

Winner: Finlay got a DQ win after Squire Dave Taylor and Earl Robert of Eaton interfered.

So most intergender matches now are treated with a bit of respect…this was not. They laughed all the way through this thing and even though it was not what anyone would call a good match? It still deserved better. Still, not real good though. 1-3

Welp. This definitely happened. As stated before this was originally supposed to be Johnny but he took that Fed money instead. I respect DDP’s commitment to hard work. From 88-90? Brutus was fire. In 1996? Together? It was beyond terrible. The only thing that almost got a point was Kimberly and that’s not how this works. 1-4

Winner: Booty wins after a kiss and a high knee. We never see Dallas again. Too bad.

At least it was short. Giant actually took a cool bump to the floor but the rest was straight garbage. Like really bad stuff here. 1-5

Winner: Giant with a terrible legdrop. 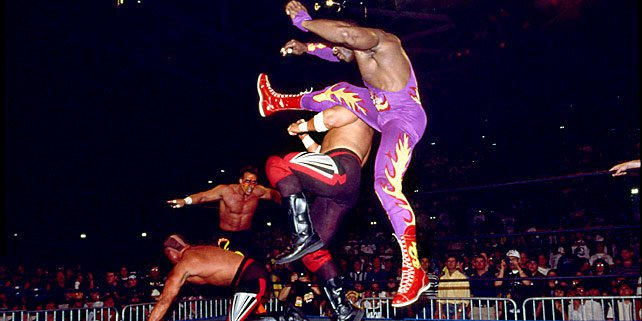 This was an old school type brawl. Everyone kept moving and just nailed one another at every opportunity. Even the Road Warriors sold stuff which hardly ever happens. I liked this from beginning to end and think that it was well thought out. 2-6

Winner: Booker T got the pin on Hawk after copious interference from Luger and Stevie Ray. 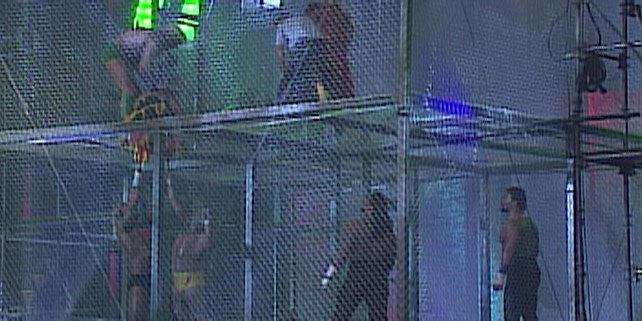 Possibly the worst match in history. Hogan and Savage were able to defeat every heel in the company in one match. There is no way to justify this happening ever. The cage gimmick sucked. No one looked like they wanted to be there and everyone looked worse for the match happening. Crap. 2-7 Final Tally? 2-7 This wasn’t the worst PPV I’ve ever seen but wow. It had moments where it shocks me that this company made it to the Outsiders arrival. This was the absolute worst era of Hulk Hogan and it showed. I promised this on Twitter but the lack of full matches made me give up on the concept. But here we go. 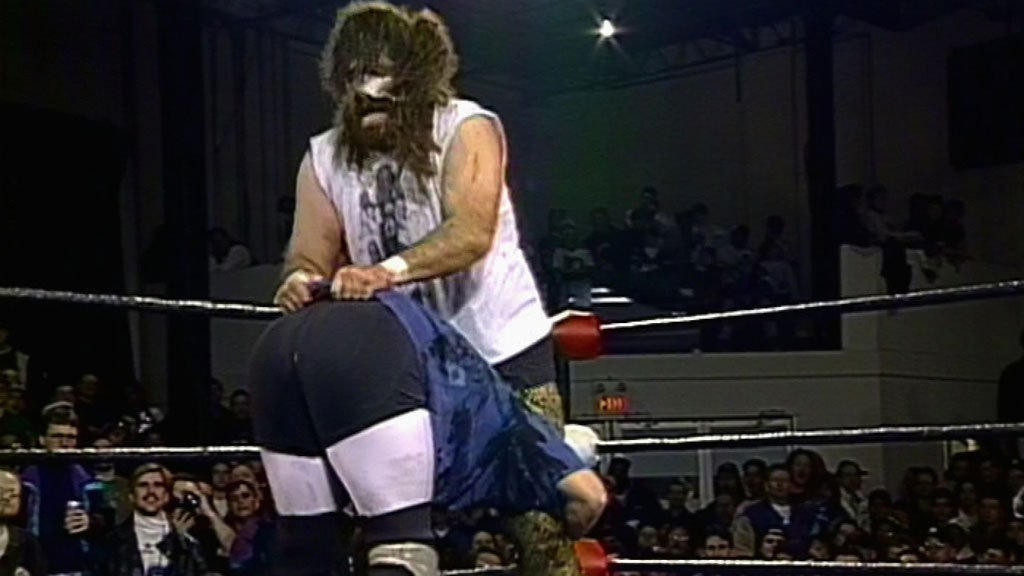