Brian Pillman is back again.

J.T. attacked his own partner before the bell rang and walked out. So this was about as nothing of a match as you could ask for. 0-1

Honestly? I looked at this lineup and assumed I would hate the hell out of this match. I didn’t. It wasn’t hall of fame worthy or anything but it damn sure entertained me with the time they had. I’ve now liked two consecutive Pitbull matches and my mind is blown. 1-2

Winners: Pitbulls got the dub with a Superbomb on Meanie.

Yep. You have Taz and Bigelow in the building and use them as managers for two dudes who shouldn’t be in a match ever. Really solid planning there. It’s made worse by the fact that the actual wrestlers brawled around ringside the entire match and could have done something basic if someone were hurt or something. Just dumb. 1-3

Winner: Fonzie got the win after Taz knocked out Gordon.

They beat the shit out of Buh Buh for a few minutes except for a couple of hope spots until Hack Myers arrives to help.

I’ll say this. They kept it moving and it never got boring. Hack went wild and the champs still looked great. Let’s call it a point for the whole deal. 2-4

Winners: The champs retain after Total Elimination on Myers.

Everyone calls Paul a genius for accentuating the positives of his performers and yet for the second show in a row I am watching Sandman go way too long. They wondered around and beat the hell out of one another while hitting a combined four actual moves. Nope. 2-5

Winner: Sandman after a “legdrop” from the top rope.

Joey talking shit about Mick’s WWF shirt and saying he’d never go is real funny in retrospect. There was zero chance if me not liking this thing. Both of these dudes are awesome and my only real complaint is it was really short and Mick’s leaving left who was winning really obvious. Still I dug it. 3-6

Winner: Bam Bam after a clothesline.

This was around the same level as their CYBERSLAM match they just had. If you are Joey Styles that means it’s a hall of fame classic, if you are me it means it’s a good match. Good. Calm down on the superlatives you company shill. I did think it was a bit better than the previous match but have a damn winner would go a long way. 4-7

I would assume this would be a clash of styles but they actually did alright. There were a bunch of bells and whistles that made this more entertaining than it normally would be. The bells and whistles include appearances by Pillman taking pictures and arguing with Douglas again, Cactus interfearing and the Fabs doing their usual. Also Kimona’s gear or lack thereof. Still it wasn’t boring. 5-8 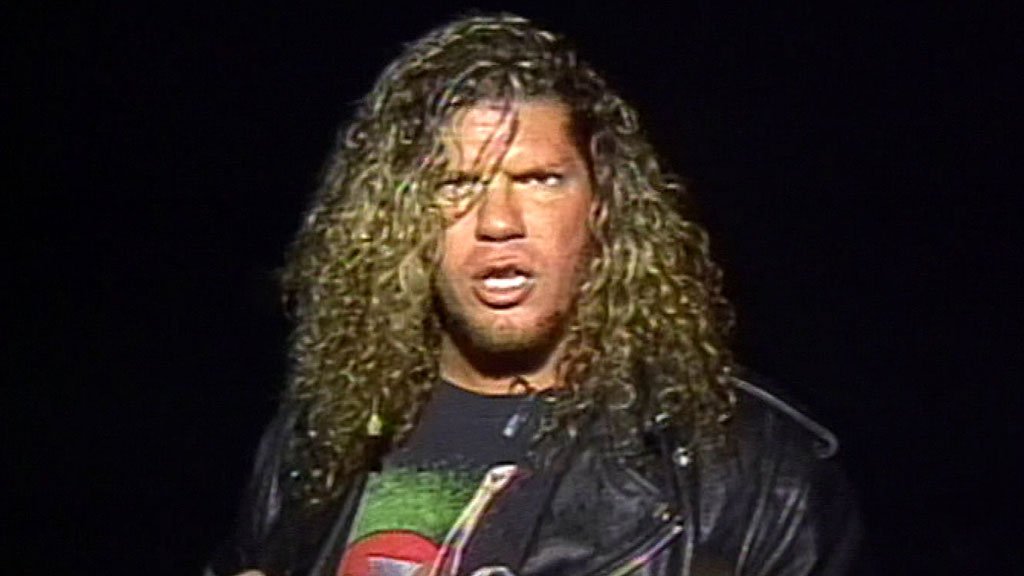 Final Tally? 5-8 This was clearly just a house show that they were trying to make a couple of extra couple bucks off of. Treat it as such and you may enjoy it.