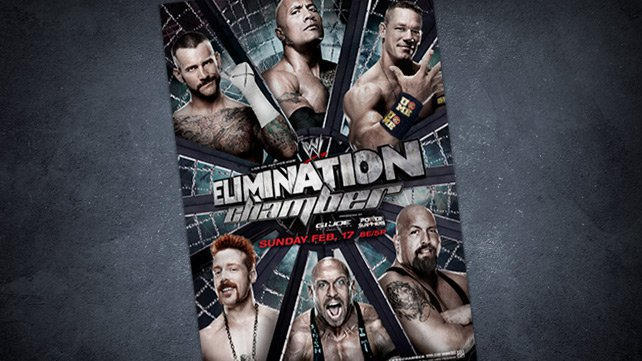 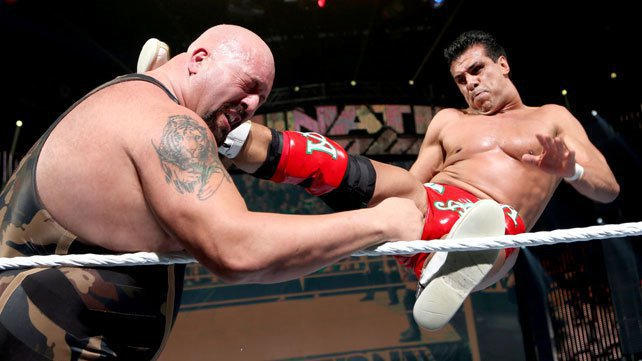 Baby face Alberto Del Rio against constant personality changer Big Show was not lighting the world on fire here. They had met the previous month in a last man standing match also won by Alberto. Oh, plus he ran over Big Show with his car. So there’s that. Had this match just been on an episode of Smackdown and not for the World Championship and a potentially big match at WrestleMania I’d have been fine with it, sadly this was not the case. Alberto didn’t work out as a babyface, either as a character or in real life. 0-1

Winner: ADR gets the win with the cross arm breaker. 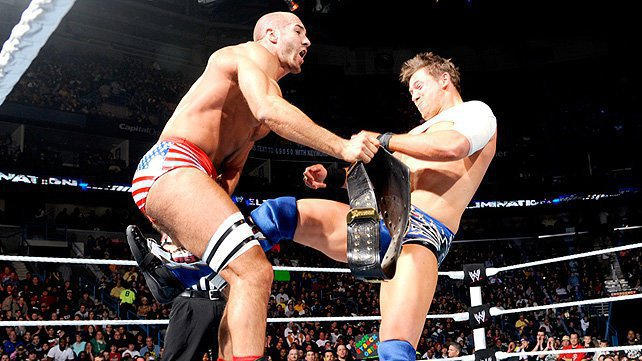 Another guy that was built to be a heel shoved in a baby face box was the Miz. These two managed to put on a pretty good match with the possible highlight of hearing Jerry Lawler openly pulling for Miz to win. I like Cesaro and Miz but the DQ ending hurt the overall match a little. Not a great start. 0-2

Winner: Cesaro won by DQ after he tripped the Miz onto his junk…the ref sucked. 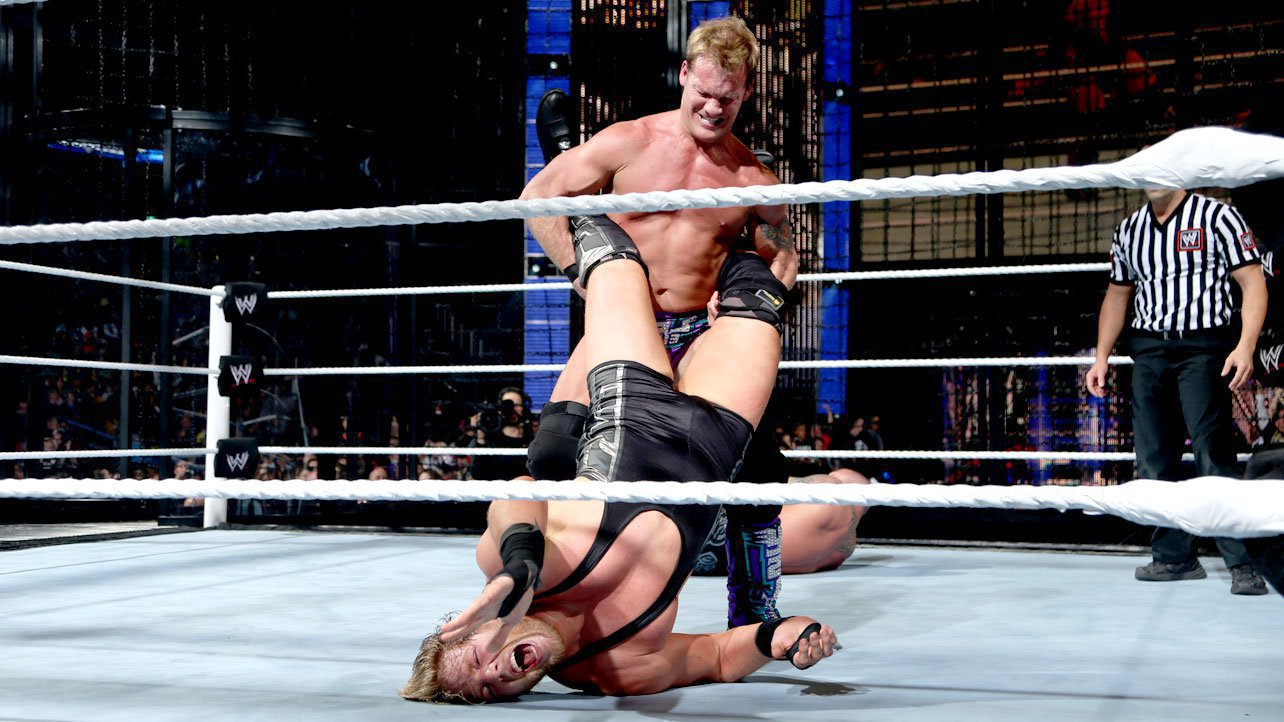 The crowd was crazy for this and they should have been. It was well laid out with everyone looking good at times and doing the things that needed to be done to make the match fun. Mark Henry looked unstoppable, the Tag Champs were amazing while working together and blowing it when they weren’t. Jericho and Orton played the crowd like a fiddle the entire time they were in there and Jack Swagger…well he was ok too. My only issue with Jack winning was that he wasn’t over, like at all. Alberto wasn’t over as a baby face, so putting those two together at WrestleMania screamed bathroom break match. If not for the winner this would have been one of the better Chamber matches, as it stands it was still good. 1-3 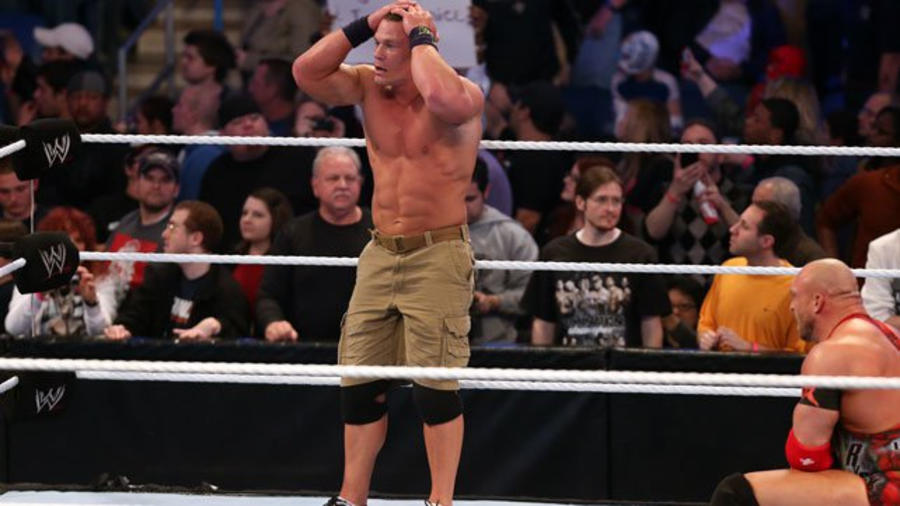 We have the definition with this match of the term hard hitting. The announcers were playing it up that it was an All-Star team vs a well-oiled machine which is a fine story to tell with the people involved. My only issue with that story is that even though the SHIELD was beating people up for a while before this in actuality this was only their second televised match together. Hard to believe they would be as JBL kept saying “The greatest 3-man team of all time” in just their second match as a unit. Other than the believability of it the story was well told. Ryback getting angry about losing to the SHIELD really sold the story well. 2-4

Winner: The SHIELD after a spear to Ryback while he had Rollins up for Shell Shock. 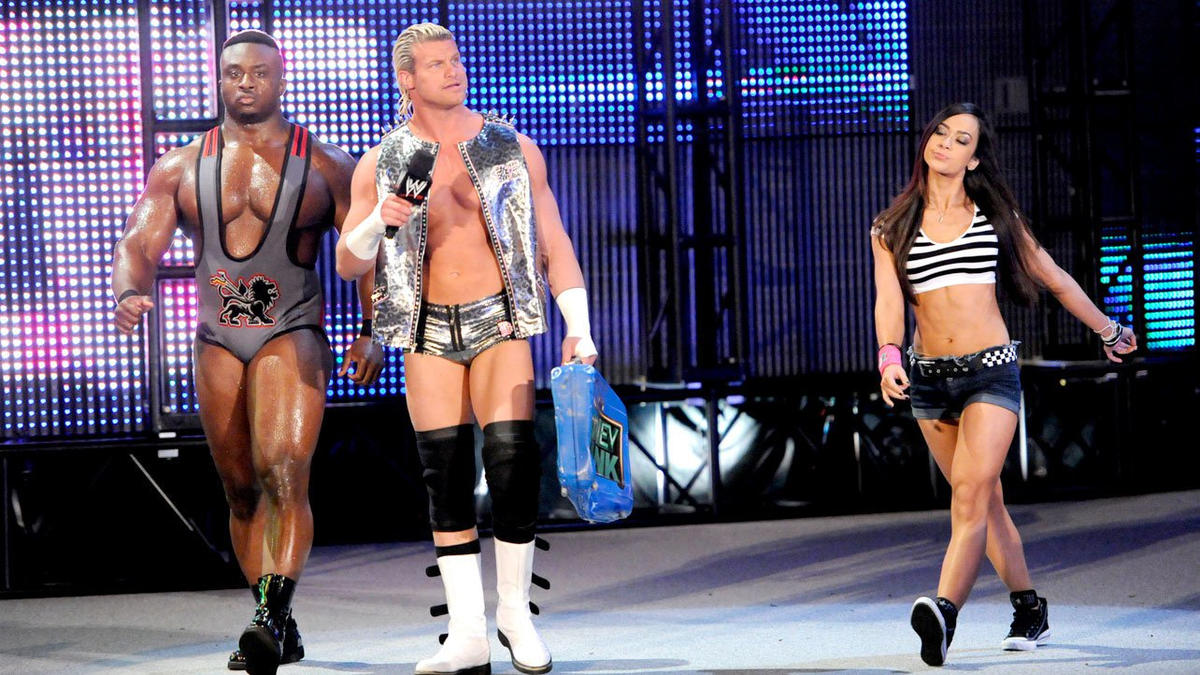 I love these guys and I love this match but I’ve seen these two wrestle more than I’ve seen my children. This was just an excuse to get Dolph on the show and remind everyone that he was Mr. Money in the Bank. Both men are amazing athletes and showed it here. Had Kofi left Big E alone he probably would have been ok but attacking his future New Day buddy would come back to bite him. 3-5

Winner: Dolph got the pin of the Zig Zag. 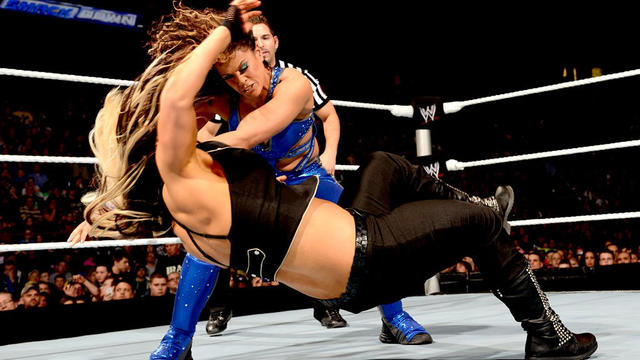 This was set up with a brawl and some Sharknado worthy acting on the WWE app. Kaitlyn may have some of the worst music I’ve ever heard, it’s awful. The music unfortunately was the best part of this short but still not good bout. Tamina kept getting title shots without getting any better which was disconcerting. 3-6

Winner: Kaitlyn gets the pin off a spear. 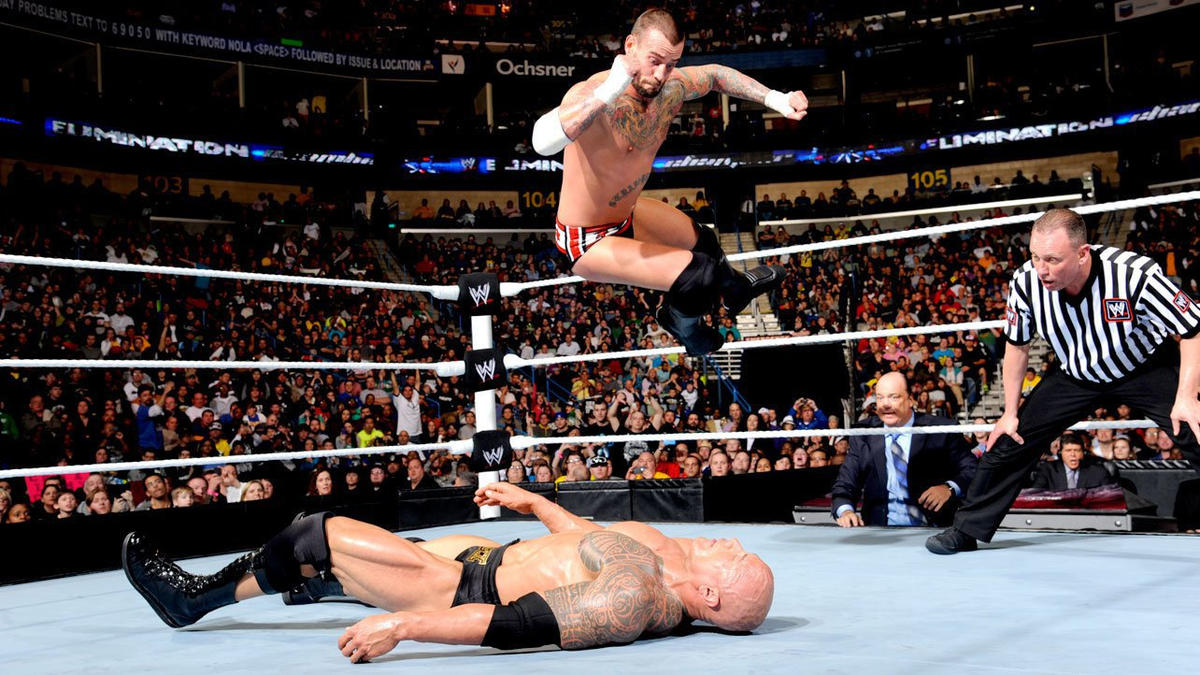 The gimmick was if Rock is disqualified or counted out he loses the Championship. This was a better match than the one they had at the Rumble, Punk was in full jerk mode and Rock was in much better shape in order to keep up with him. The crowd was actually split at times which surprised me because they did everything they could to get Punk booed including stealing the belt. Both guys put on a hell of a show with multiple ref bumps leading to both guys having visual pins. The Rock had to main event WrestleMania again so getting the pin was almost assured for him but still had the crowd in the palm of their hands. 4-7

Winner: The Rock gets the pin after a Rock Bottom and what appeared to be 75 ref bumps. 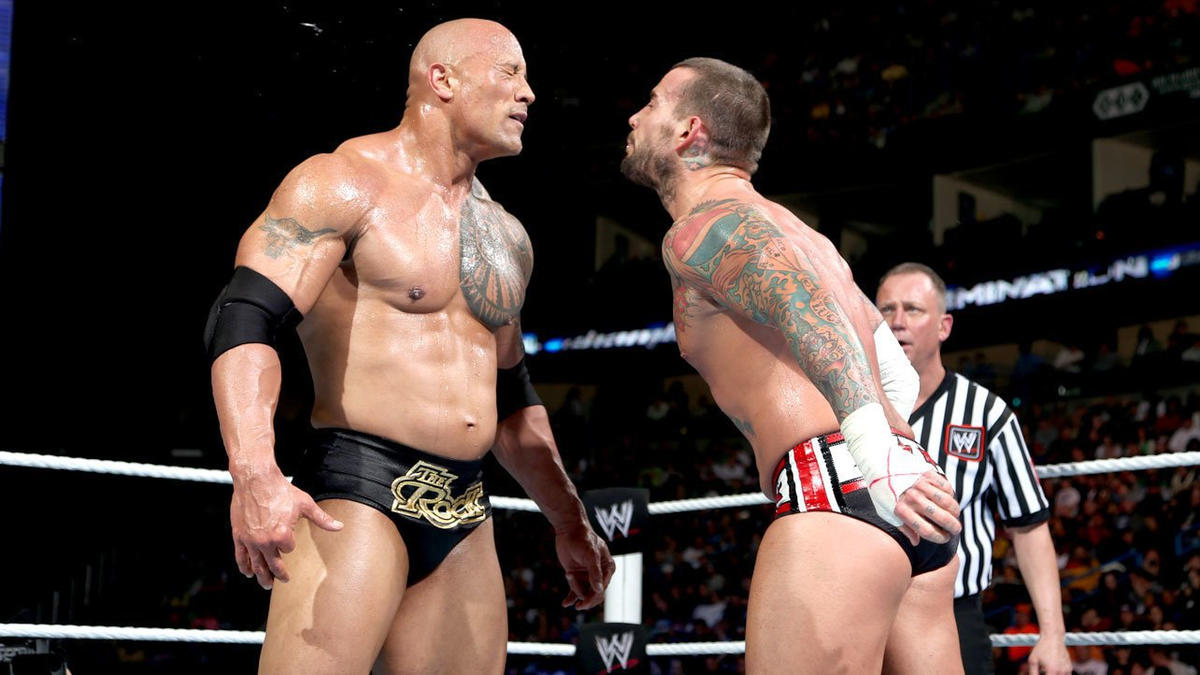 Final Tally? 4-7 I like this show better than the 2012 version. The main event was awesome and the Chamber match was great until the ending. I really liked the 6-man tag match so I can’t say I wouldn’t recommend this. Fun show despite the score.