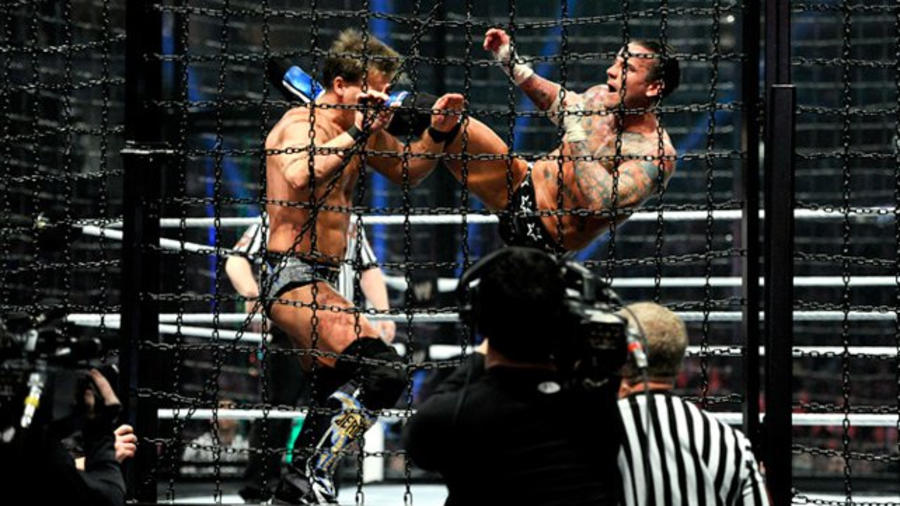 The win here made Punk only the fourth man to survive the Chamber as champion plus set up his match with Jericho for WrestleMania. Jericho was never “pinned” so he had a valid argument for getting the match. Pretty good contest with Kofi and Dolph bumping like crazy, Miz being a jerk and R-Truth continuing his awful run in chamber matches. The real story was Punk continuing his championship reign and setting up the match with Jericho. Good times. 1-1

Winner: CM Punk after a GTS on Miz. 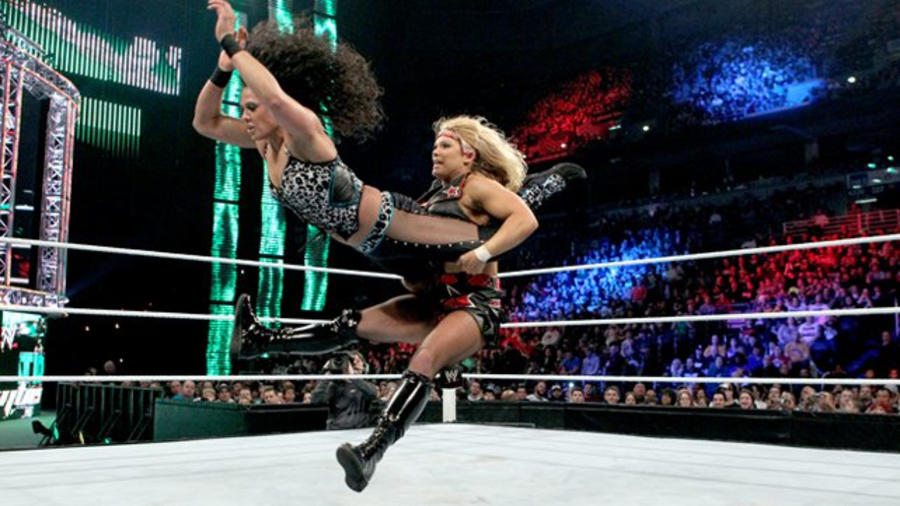 As all matches before the Revolution the ladies get next to no time here which makes all the wins look like squashes. Beth mocked Superfly and kicked out of the finest splash Tamina has ever landed (seriously) on her way to victory. Still just not enough here for a point. 1-2 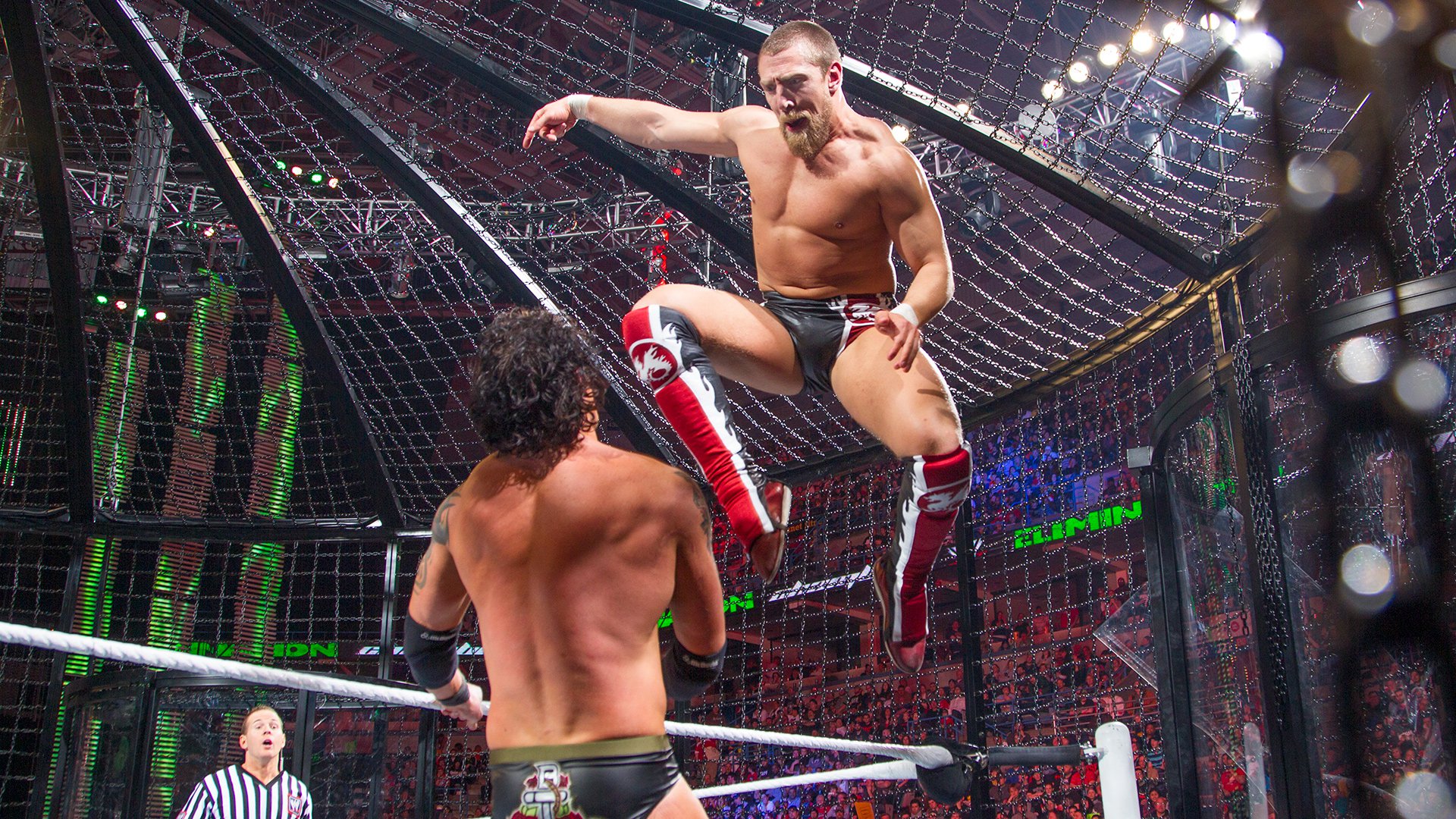 This was a night of the champs making history as Daniel Bryan became the fifth champ to retain inside the chamber. I mean Punk doing it earlier lessened the importance but whatever. The match started out kind of slow with Show and Barrett but picked up once Cody got in. Both Cody and Barrett had talked smack about the Big Show’s WrestleMania record so it was fun to see him get a little revenge. He played the monster in this match because Khali didn’t make it very long. The sight of Show taking bumps on the grates and ripping the top of Bryan’s pod were fun moments. Once Santino came in the crowd had made their choice as to whom they wanted to see win. When it got down to Bryan vs Santino the place was going nuts for the potential upset win. In the end Daniel Bryan playing the biggest jerk he could got to keep the belt for Mania. Good times. 2-3

Winner: Daniel Bryan after tapping Santino to the Yes Lock. 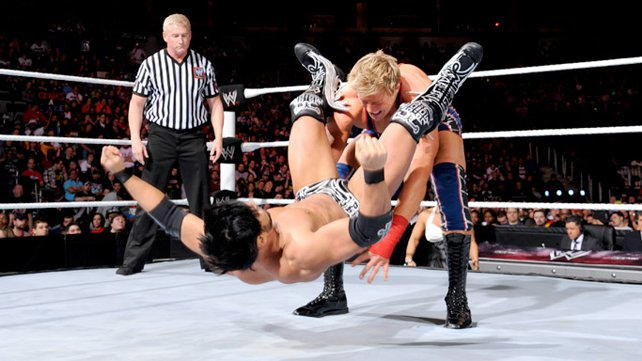 I have no idea why this was added to the show unless they were running short. Highlights included the announcers mocking Vickie’s weight and Jack attacking a knee to set up an ankle lock. I’m sure this is why the women got so much time in their match. Bullshit. 2-4

Winner: Jack got the tap out with the Patriot Lock. 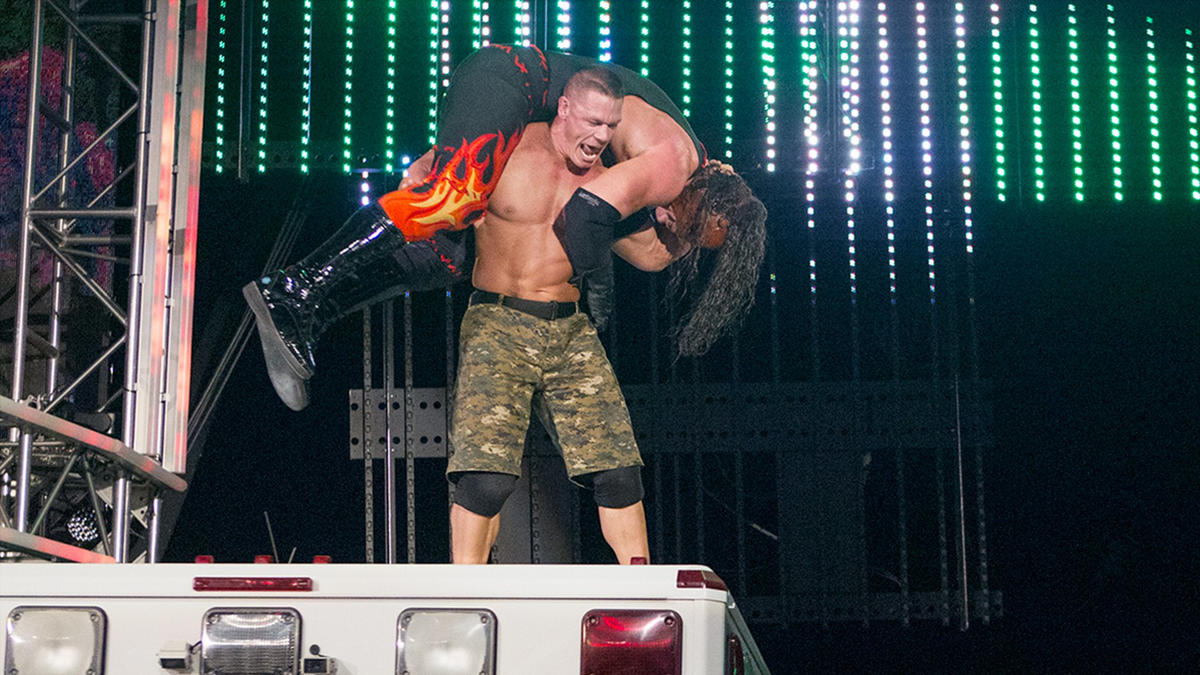 So with two World Championship matches tonight they decided an ambulance match in a dead feud has to main event the show. No wonder this company makes so much money. It was fine; they were trying to keep John hot for WrestleMania and needed a monster for him to beat. This was the time of year where they always tried to rebuild Kane as an unstoppable monster with a twist this time. They gave him his mask back…and added a second mask for even more flair! To say this match ending the show was a disappointment was an understatement. Woof. 2-5

Winner: The guy taking on the Rock gave the unimportant guy an AA off an ambulance. 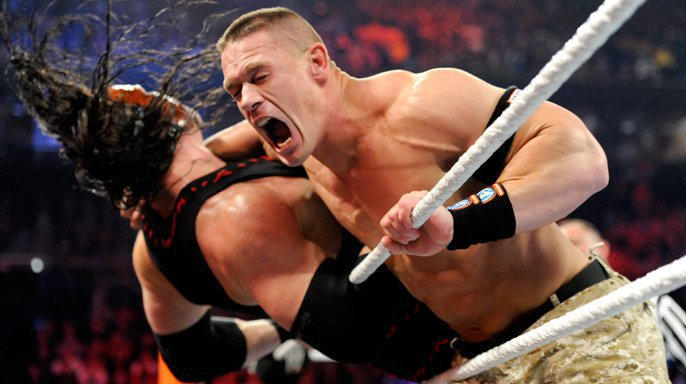 Final Tally? 2-5 The two Chamber matches were both fun and engaged of the crowd while setting up the title matches for the biggest show of the year. The rest of the card was ridiculous. The women got zero time; the US title match got very little and was just thrown together at the last minute when the rest of the junk they threw out there didn’t work. The fact that Cena vs Kane was the main event was disrespectful to both World titles and made the respective holders of those titles seem unimportant. Trash show.