Hard to believe that this show was two decades ago. 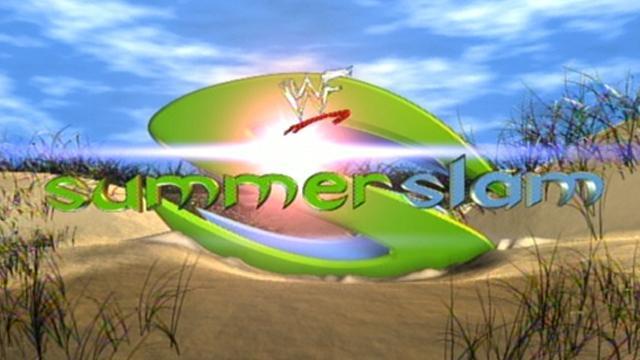 Commentary: JR and The King

The crowd popped for everything these guys did out there. Hard to explain why and how Too Cool was over but they sure were. Match was nothing though. 0-1

Winner: RTC after a weak assed Stevie-kick to Scotty. 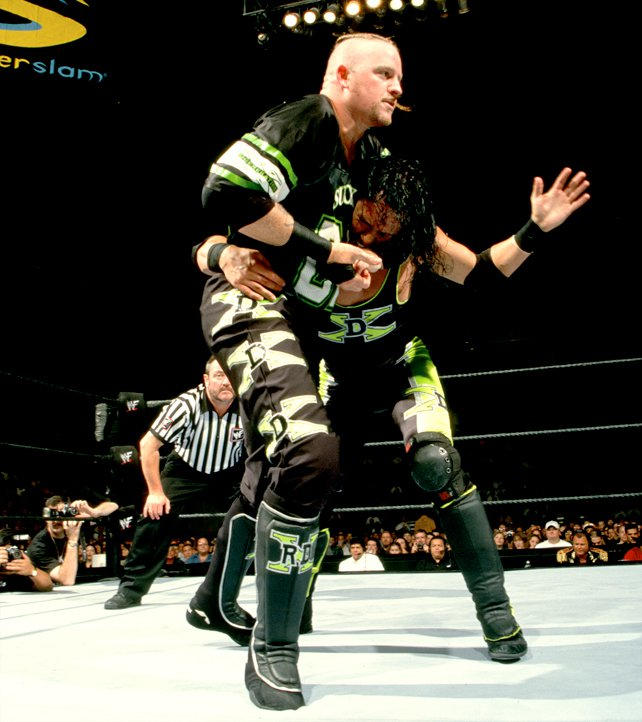 Crowd loved Road Dogg so that’s something. I mean not enough something to make him good, but still something. 0-2

Winner: X-Pac after a low blow and an X-Factor. 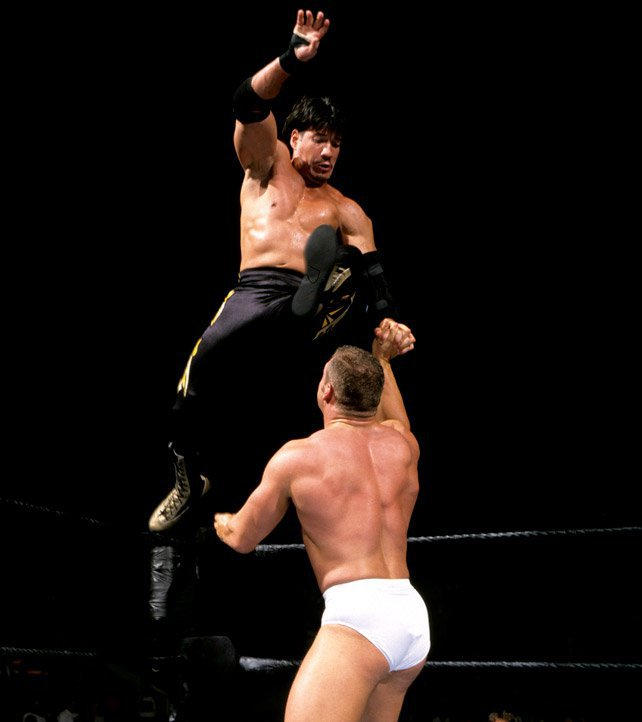 Way better than I thought it would be. I like white gear Val. They kept the Trish/Chyna interaction limited and that helped tremendously. 1-3

Winner: Chyna after a Gorilla Press on Trish.

I like the work of these guys usually but they spent more time on the JR angle than the match. Shame. 1-4

Winner: Jerry after JR hit Tazz with a candy jar. 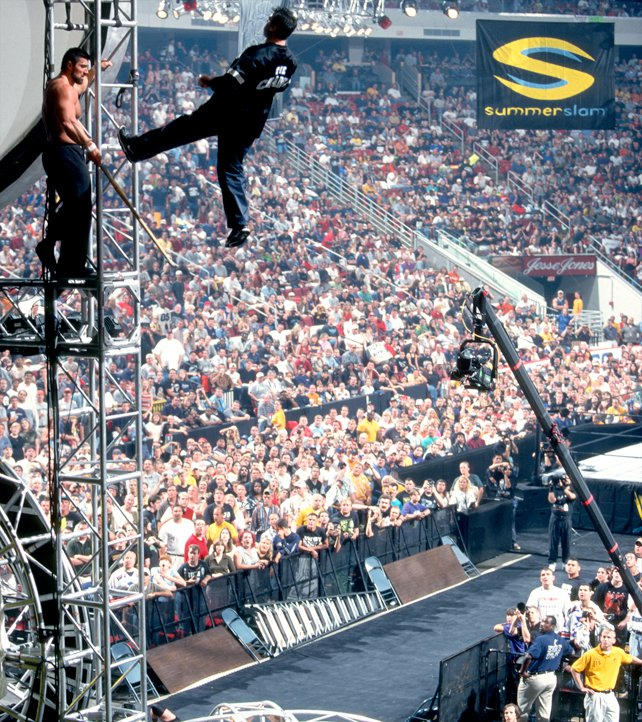 Blackman was a freak here and Shane was out of his mind. May have been a bit too much outside interference but the actual match portion was fun. The ending was good enough for a point by itself. 2-5

Winner: Blackman after a elbow drop from on high after Shane fell from the Tron. 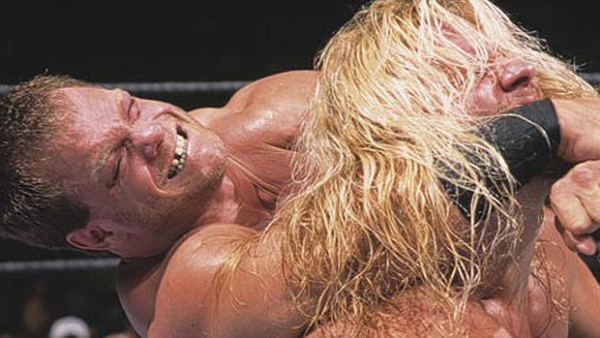 These two have never had a BAD match. It’s not my favorite of their never ending series but it was damn good by any measurement. 3-6

Winner: Benoit won Fall 3 with an inside cradle. 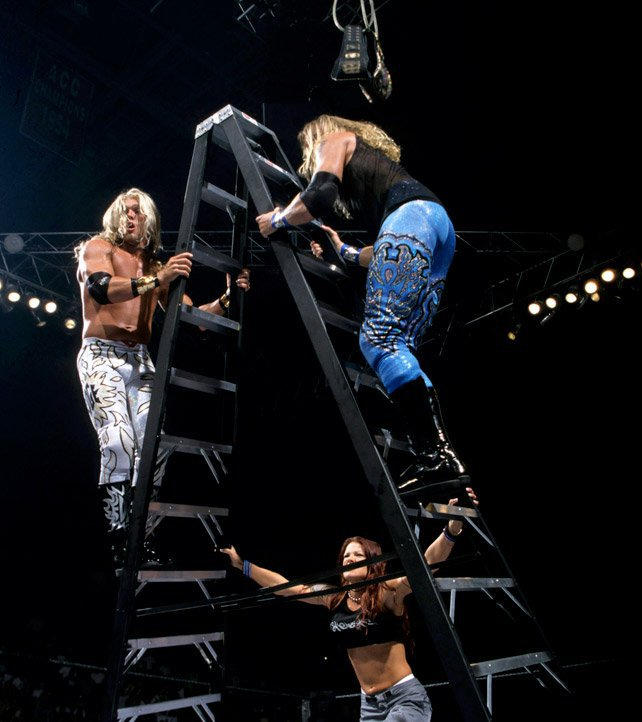 Yeah, it holds up. One of the greatest car wreck matches in the history of wrestling. I’d give it 2 points if I could. The good shit right here. 4-7

Winners: The Champs retained after retrieving the belts. 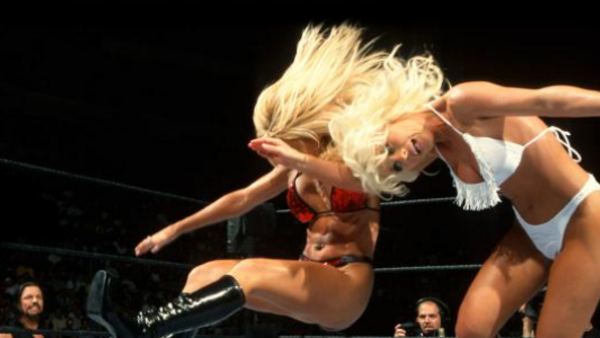 Winner: The Kat after a Stinkface. 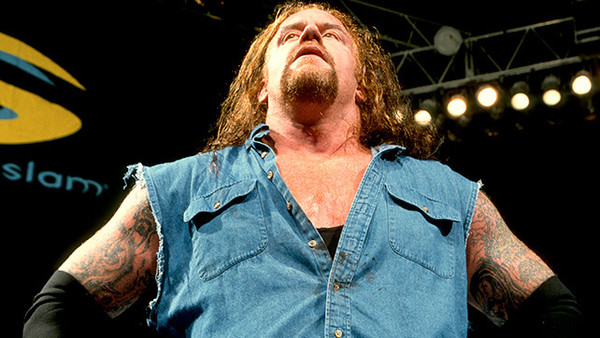 No Disqualification: Kane v The Undertaker

I didn’t particularly like this era for either dude and this match didn’t change my mind on it. 4-9

Winner: No Contest after Kane took off after his mask was removed, technically it never really started. 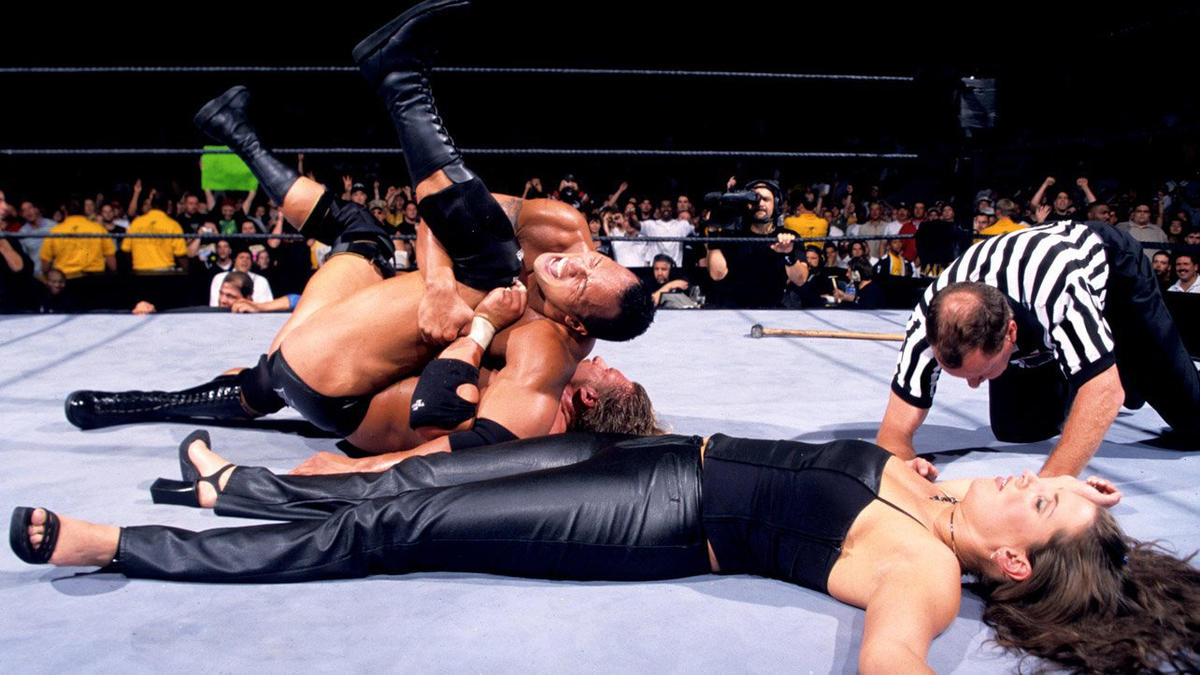 Considering they had to completely rethink the entire match after Angle got knocked loopy this was a really good match. You had to expect Rock and HHH to keep it together and they sure did. Hell of a main event. 5-10

Winner: Rock retained after a People’s Elbow on HHH. 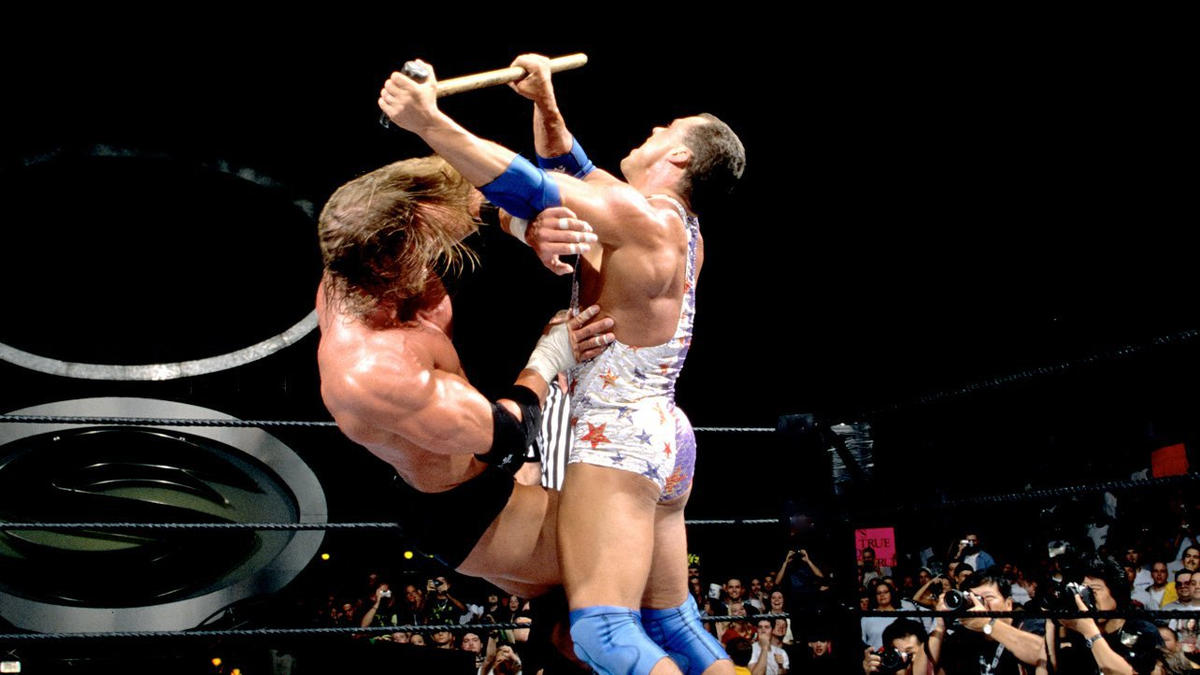 Final Tally? 5-10. Not the home run show I remember it being but times and tastes change. Still at less than 3 hours it wasn’t too bad.