This won the Twitter/Facebook vote by a LANDSLIDE. 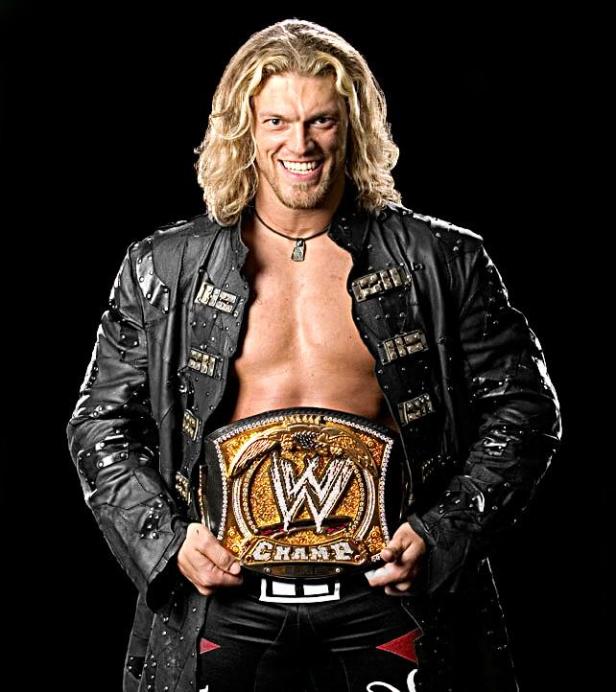 So if you didn’t check out the first one, we will be keeping track of the number of PPV appearances each of the folks have and if I enjoyed those matches. Then wins/losses etcetera for whatever year we happen to pick. 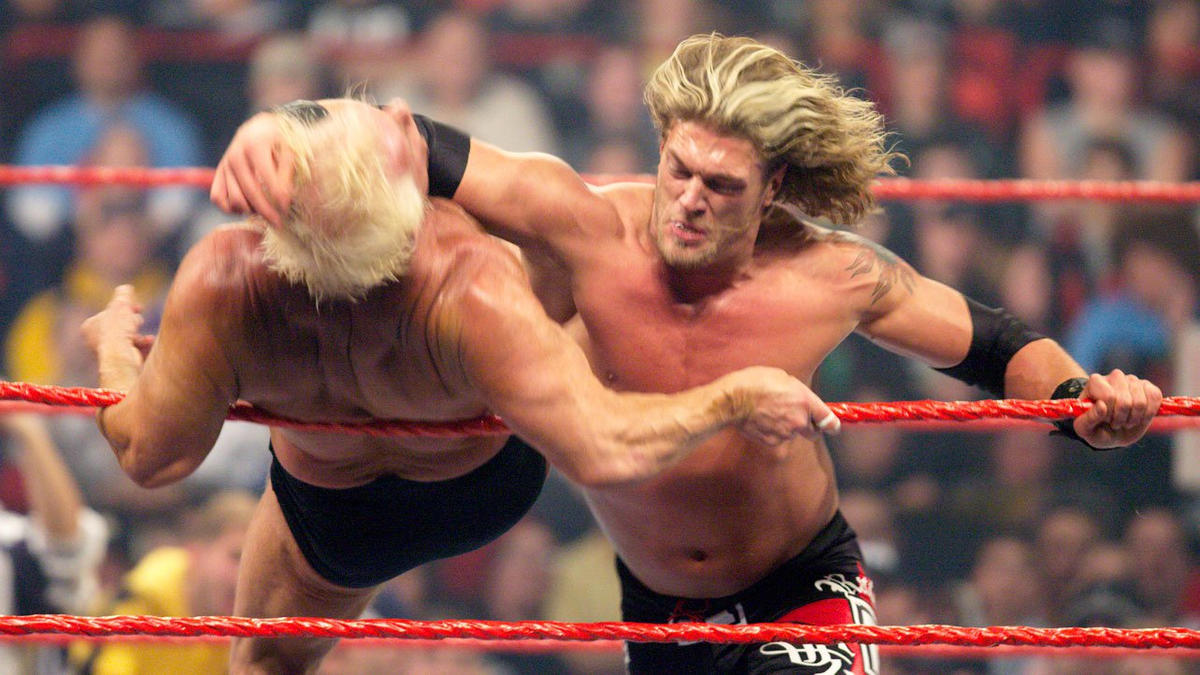 Coach and Joey Styles add ZERO to this match, also if Flair’s back wasn’t healed from the plane crash at this point then there were some issues. I know people are always nostalgic for Flair but Edge carried him here. Most of Flair’s stuff was at half speed. Edge as a scumbag leaving the old man laying in a pool of his own blood is definitely worth a point though.

Winner: Flair by DQ after a shot with the briefcase.

Less of a match than a moment but MAN what a moment. This kicked off the main event run of Edge in a huge way and started what was probably one of the greatest feuds of the last 20 years.

Winner: Edge after two spears to win the big one for the first time. 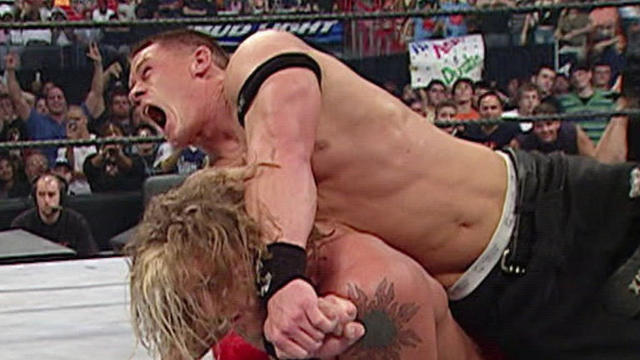 John got a cool entrance again for this one. Lita does her part by starting the tradition of barely wearing a shirt. This was a little slower paced than some of the matches they would have in the future but still pretty good. Edge trying to take every opportunity he can to prove he wasn’t a “transitional champion” was a great story. Him losing really added some extra zing to his self confidence affecting the way he approaches matches.

Winner: Cena via the STFU.

February: No Way Out (Smackdown NOT ELIGIBLE) 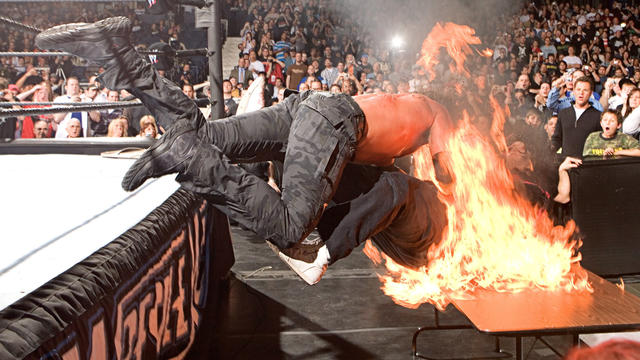 This was crazy and awesome. Mick Foley did every single thing he could to make Edge look like a world beater and accomplished that in spades. Lita was also crucial to this and really deserves more credit for her role in the rise of Edge. This is one of those matches I could watch 100 times.

Winner: Edge after the flaming spear. 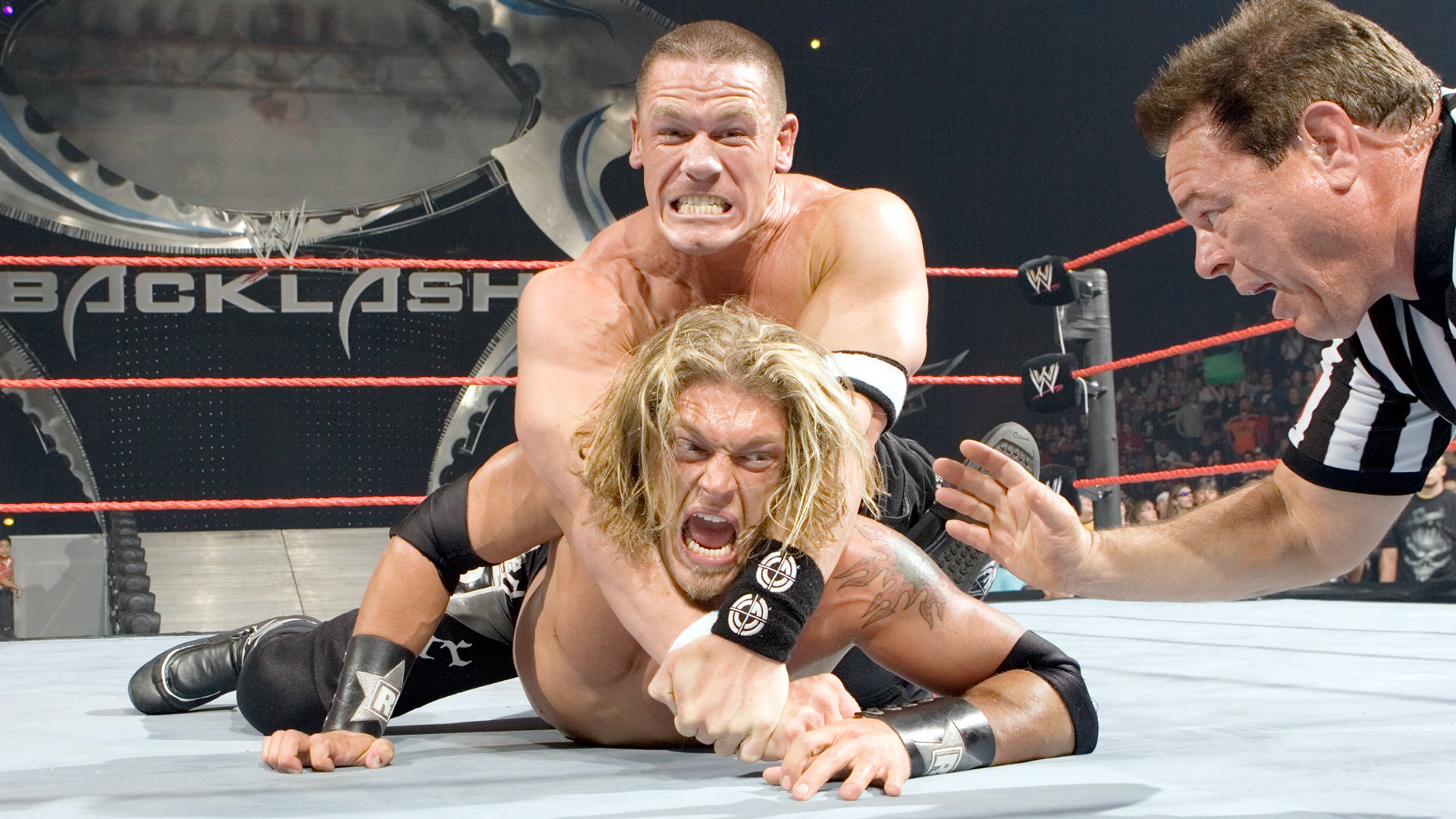 Everyone played the roles they had perfectly. Cena was the tough as nails babyface trying to hold on to his belt. HHH was the veteran trying hard to reclaim the throne he once held. Edge was a scumbag with a hot girlfriend that was going to cheat his way to a win. The match was really good and HHH bled so much I thought he might pass out even watching it a second time. After the match HHH knocked everyone out and dropped some crotch chops in, laying some more seeds for the DX reunion.  This was a really good main event and these men earned their pay.

Winner: Cena after rolling up HHH.

May: Judgement Day (Smackdown NOT ELIGIBLLE) 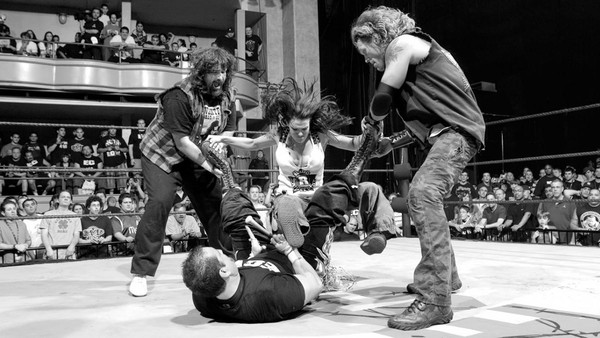 Was it technically great? God no, it WAS entertaining though. Edge continued his rise to being the biggest scumbag in the universe with this match. The pin on Beulah was a thing of beauty. If you come into this looking for star rating you may be disappointed but man was this wild.

Winners: Team Edge after a spear on Beulah. 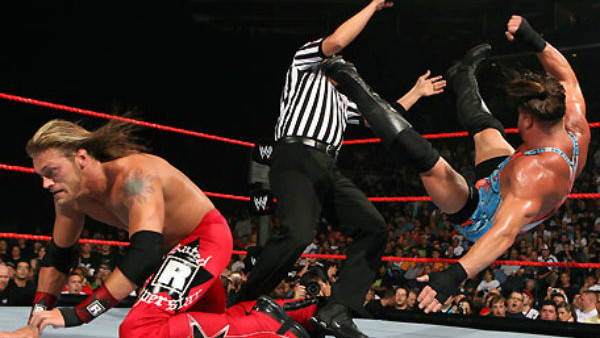 Scumbag Edge continues to deliver every month. RVD blowing his title reign after this because of the weed deal is sad in retrospect, dude was on a roll. The evolution of Edge from month to month is a thing of beauty to behold. Another really good outing from both dudes.

Winner: RVD after the 5-star. 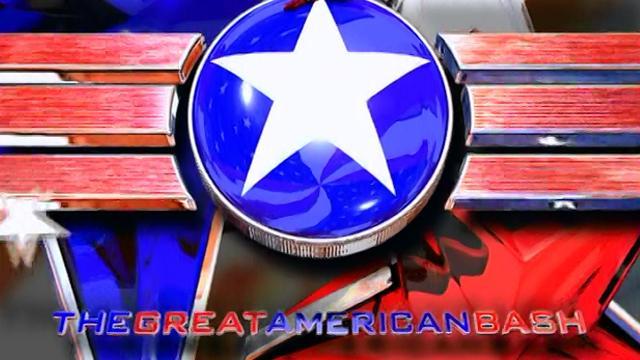 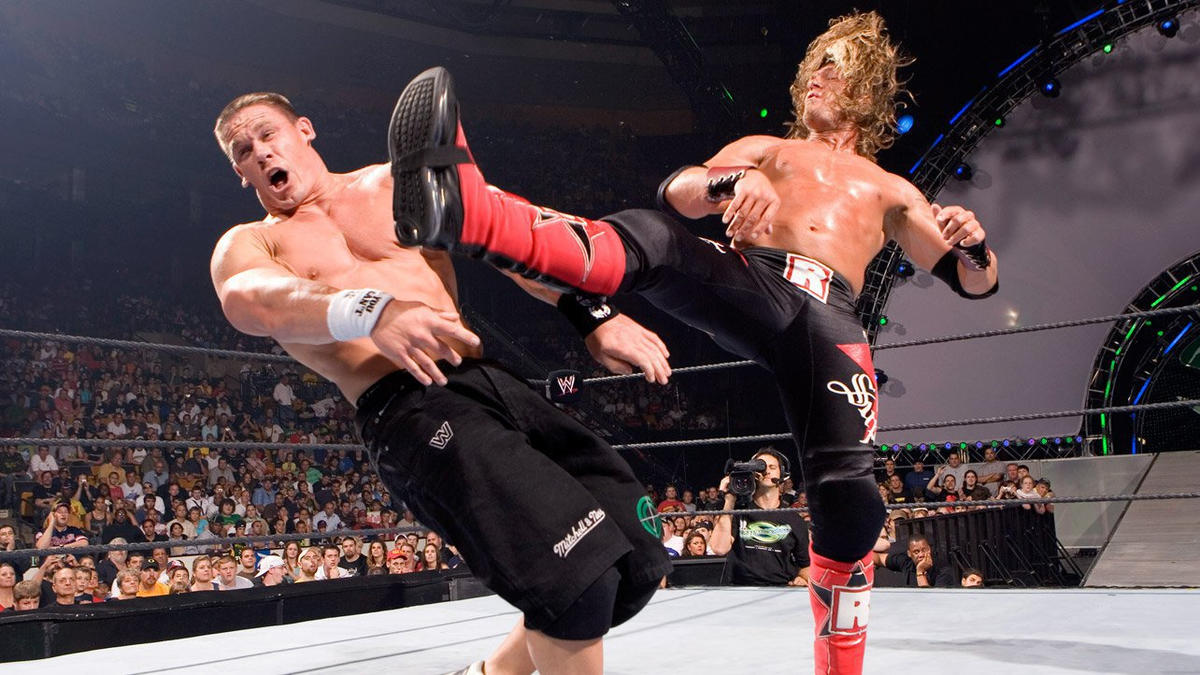 I loved the story with this where you just KNEW Edge would screw up and lose the belt and then overcoming that by even better cheating. Once again these two improve over their previous match and lay out a banger. *Chef’s kiss*. 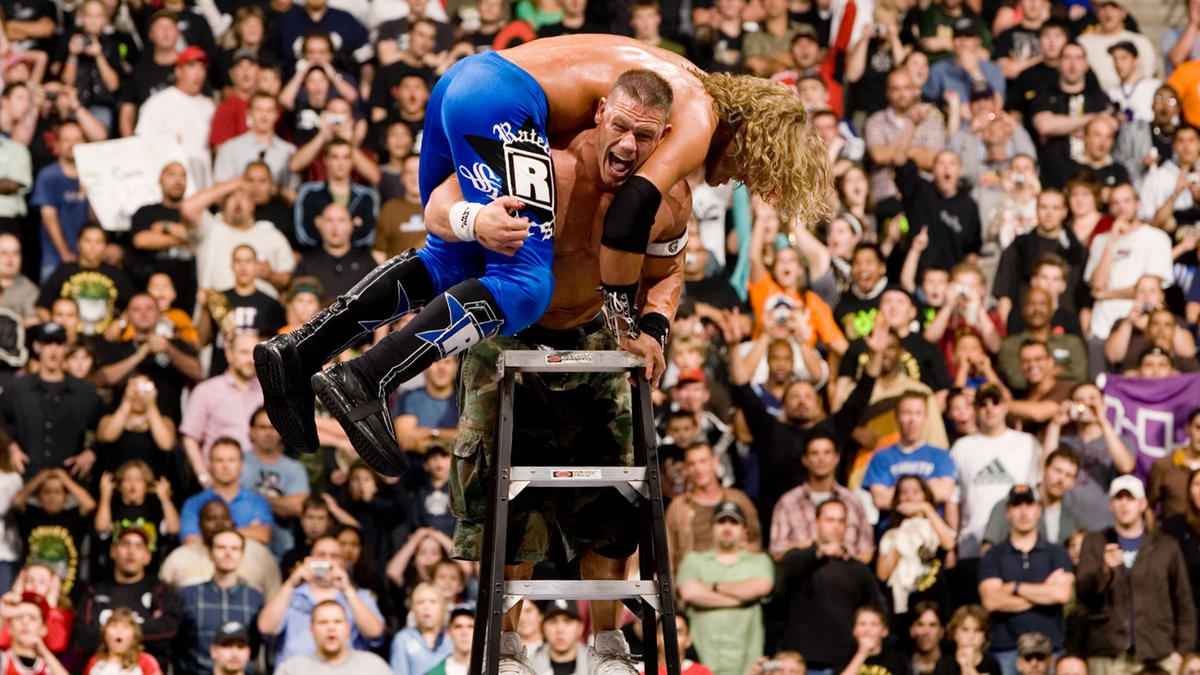 (C) v John Cena for the WWE Championship in a TLC Match.

Honestly, maybe my favorite match for both guys. Between the story, the crowd and the work that these two put in to this I have zero complaints. If I was a star rating guy I would go the entire 5 stars for this thing. These dudes were made for one another and I won’t hear otherwise.

Winner: John Cena after an FU off the ladder. 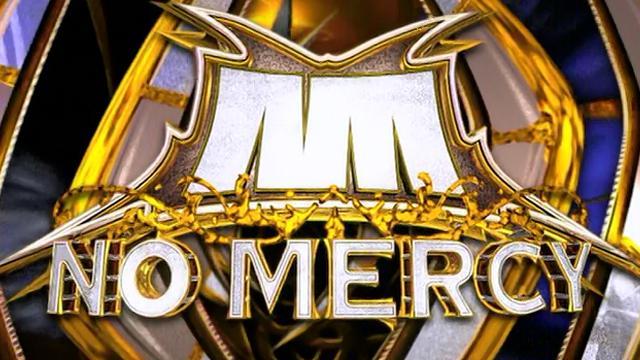 October: No Mercy (Smackdown NOT ELIGIBLE) 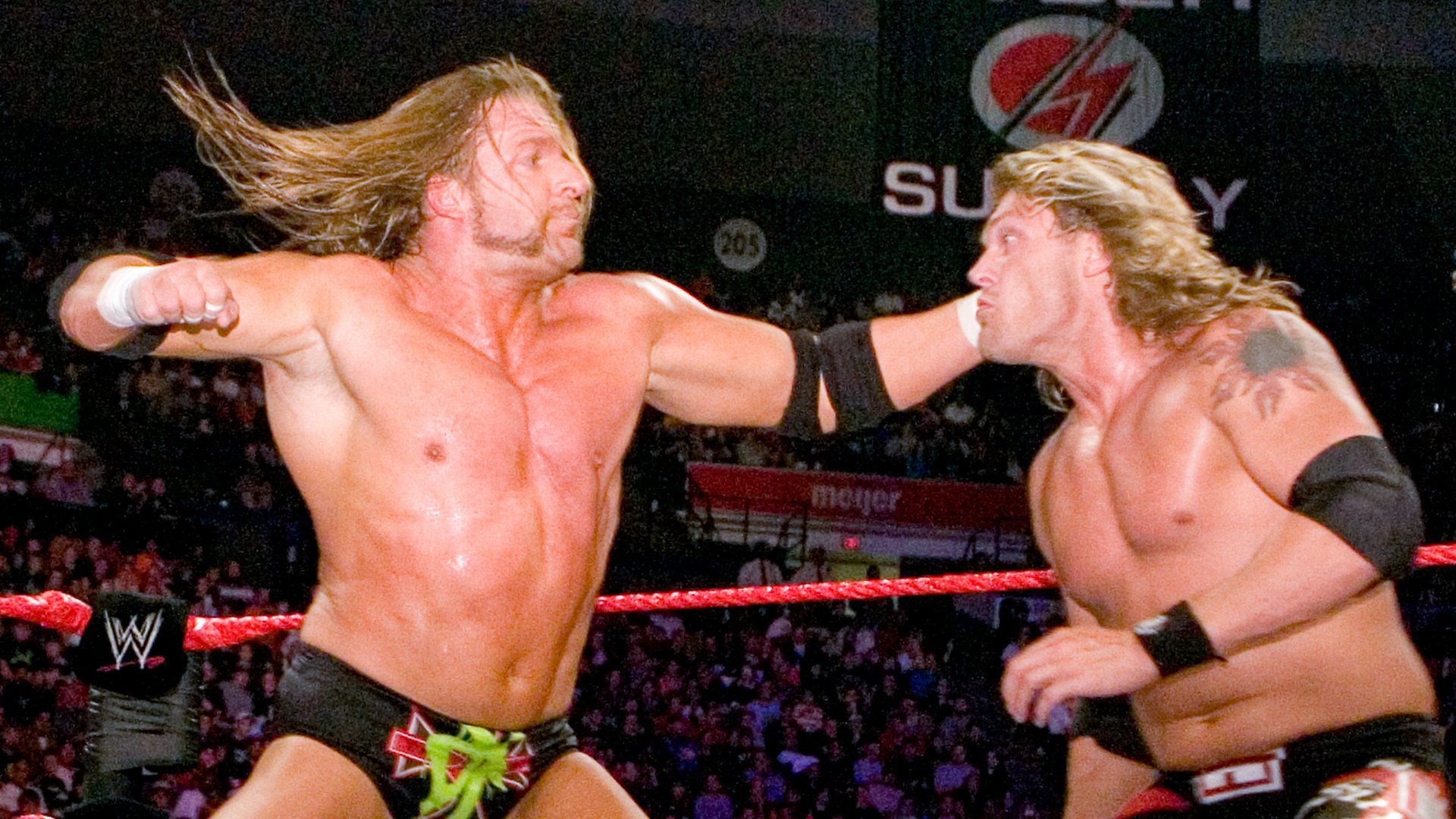 This was a fine old school tag team match that lived up to expectations. The ending was never in doubt since all 3 referee choices hated DX to different degrees but the getting there was fun. DX was super over with the fans which made every move in the match mean a little more. HHH almost looked fat here as he was big… but not cut in any way, shape or form. It was nice of DX to put over the younger team but  it took almost an act of God for them to actually do so.

Winners: Rated RKO after an RKO to HHH on a chair. 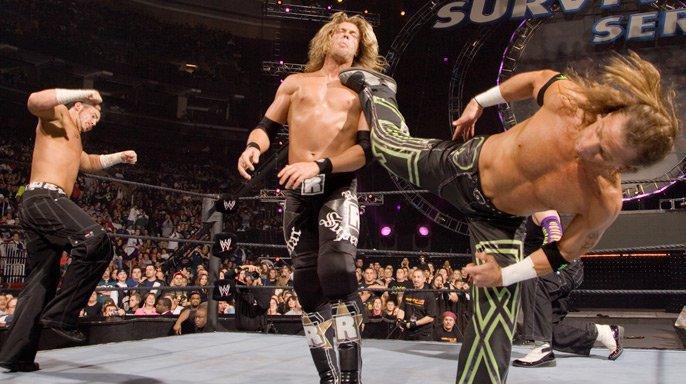 This was another match that was straight up fun. CM Punk getting the biggest reaction on his team still pops me to this day. I’m not a huge fan of traditional Survivor Series matches but this one gets me every time. 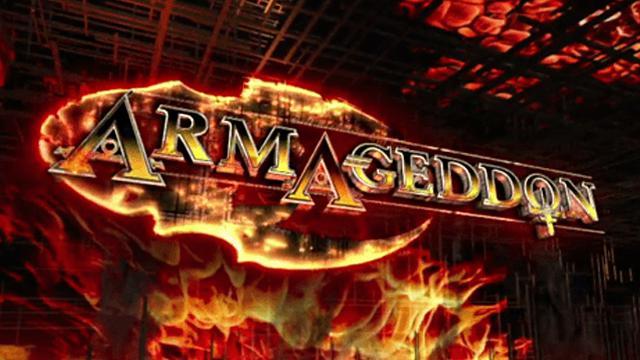 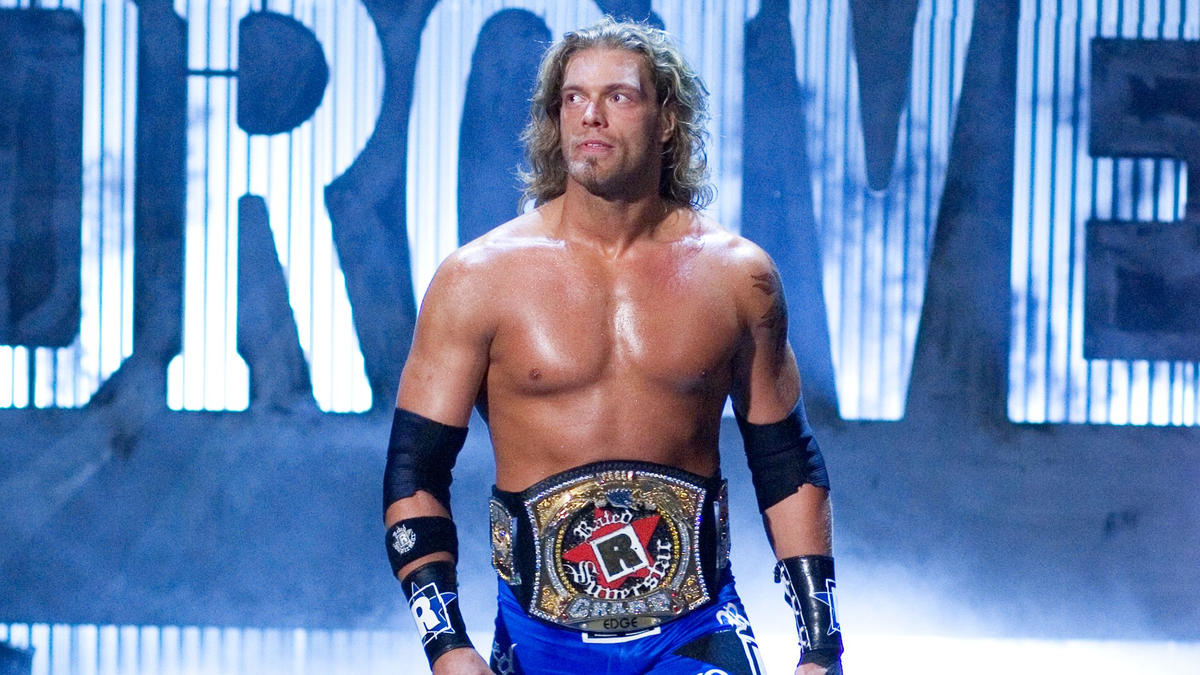 Overall Score: 11-11 You honestly could not ask for a better in ring year than what Edge had in 2006. This was the year where he went from future main event player to one of the pillars of WWE. Amazing year. 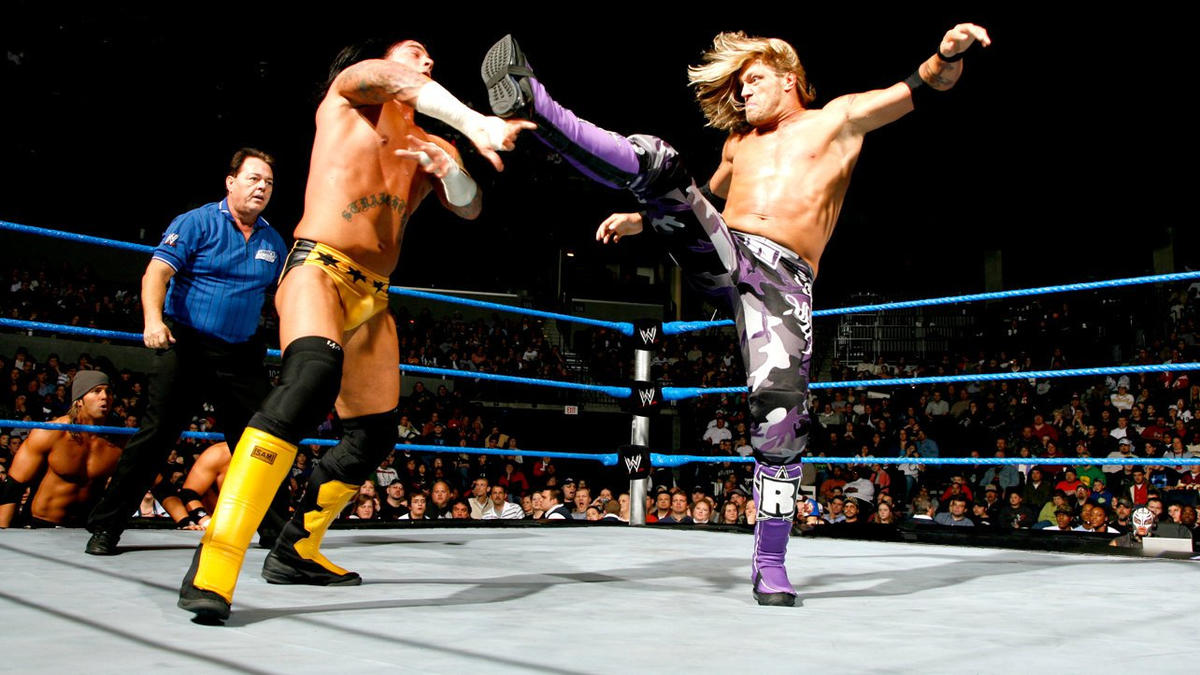