This won the Twitter poll so I honestly have to stop those.

Well this certainly happened. Cat wasn’t what I would call good at this point and Disco never was. 0-1

Winner: Cat via the headkick with the red shoe on.

The ref was letting them get away with all kinds of rule breaking… it just didn’t help the match quality. Van Hammer sucked. 0-2

Match was literally nothing and David was embarrassing to watch. Complete shit with no endgame. 0-3

Winner: Flair after a Ric belt shot to Dean and various other shenanigans.

Crowd was into this but I pretty much hated it. WCW saw no potential in Batista but Swoll had it? Gtfoh. 0-4

Winner: Rey and Swoll pick up the win after a double team splash on Hennig.

Maybe the worst example of the walking around and brawling type of hardcore matches ever. No redeeming value whatsoever. Jesus. 0-5

Winner: Finlay after climbing a fence.

The Triad could switch teammates whenever they felt like in a bastardized version of the Freebird rule. So this was a glorified handicap match. Didn’t matter, this thing saved the show so far. I like all of these dudes as in ring performers and they pulled off a heck of a tag match. Finally a point 1-6.

Winner: Triad retains after a 3D.

Jesus Christ. Well Buff was in great shape; other than that…1-7.

Winner: Buff with a blockbuster in a fucking boxing match. 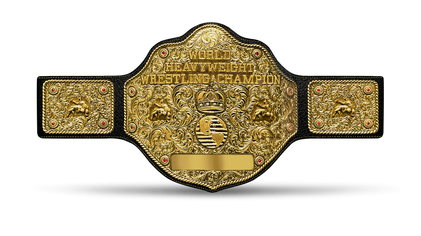 Why would Nash tag in? This was about as average as a tag match as you can get. The stipulation was dumb as fuck but it was at least it wasn’t boring. 2-8 but fucking barely.

Winner: Savage after a George turns on Nash (she shifted allegiances like 5 times in the match) low blow and flying elbow.

Final Tally? 2-8 This show sucked ass. If it weren’t for my love of tag matches then this would have had a clean sweep on the night. Shitty show. Jeeze