Here we go back in the way back machine to check out some WCW b-show action.

This was a 100% Savage murder until one mistake led to the ending. This gets a point because I love nWo Macho. 1-1

Winner: Chris Adams got the pin after a chairshot from Lex Luger.

The Flock arrive during the match. That was probably the highspot. Blah. Match meant nothing and I don’t like Louie. 1-2

Winner: Martel with the crab.

I dug it. Two big dudes throwing bombs will generally get that point from me. Crowd didn’t give a shit though. 2-3

First singles match between the two. It was solid but you can see Jericho had some nerves out there. Still at least it was new content. 3-4

Winner: Flair with the Figure Four.

Sad to see the Dungeon of Doom at war. This was quick and fun. Big beefy boys going to war man. It rules. 4-5

Winner: Giant with a chokeslam.

A rematch from Starrcade. Goldberg was green as grass and Mongo was not the dude to carry him obviously. Big trash. 4-6

The Steiners were the champs but this was non-title I guess. The ref held them up but no one seemed to care or ever mention it. The nWo group was terrible and the match suffered greatly for it. 4-7

Winner: The Steiners after a Scott top rope Frankensteiner on K-Dogg.

It was fine. I like both dudes so I was inclined to enjoy this. 5-8

Winner: Traylor gets it after Boss Man slam and Larry Z distraction

It was a WCW Cruiserweight match so it’s kinda spotty and sloppy in a couple spots but still fun. 6-9

Winner: Juvy wins the title with the 450.

Well, I can say that this was something that happened. Missed me though. 6-10

Winner: Luger with the Rack. 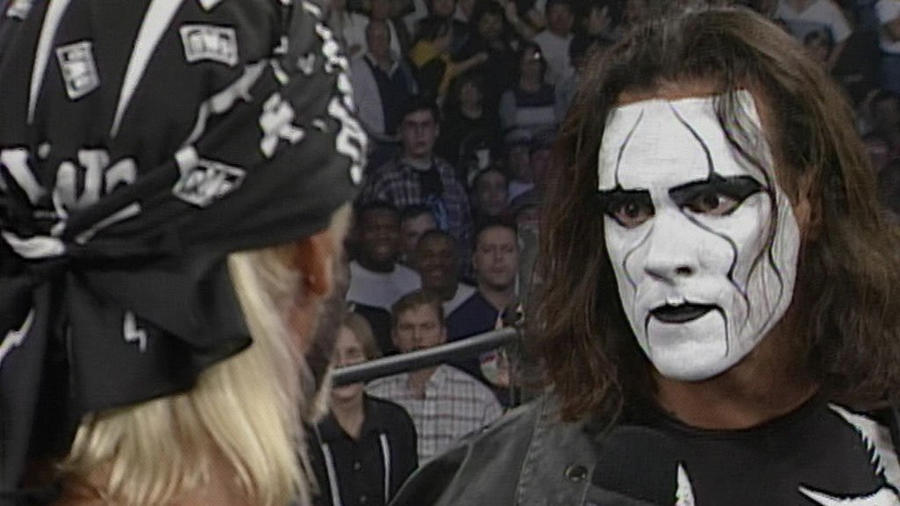 This was slow and plodding as hell. I almost fell asleep like four times. Both guys are capable of way better. 6-11

Winner: DDP via DQ after a Hogan cheap shot.

Final Tally? 6-11 It’s hard to believe this show had this many matches. Most of this thing just seemed like filler while watching it. I think that if they drop all the damn recaps and time filling shit I might enjoy it more. I literally haven’t watched most of these since the original airing so I’m going to give it a shot.

One thought on “WCW: Thunder Episode 1”