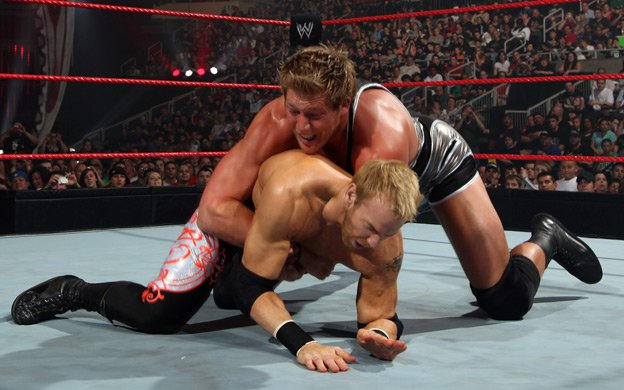 This marked the triumphant in ring return of Christian from his stint in TNA (Impact/ Global Force/ Impact) Wrestling as he won his first WWE gold in 5 years. Christian played an awesome babyface in this and made Swagger look inexperienced and out of his element against the wiser veteran performer. It was a good homecoming for Captain Charisma. Christian should be in the Hall of Fame already. Jake Hager is right where he should be though. 1-1

Winner: Christian pinned Swagger after his head hitting the buckle followed by the Killswitch. 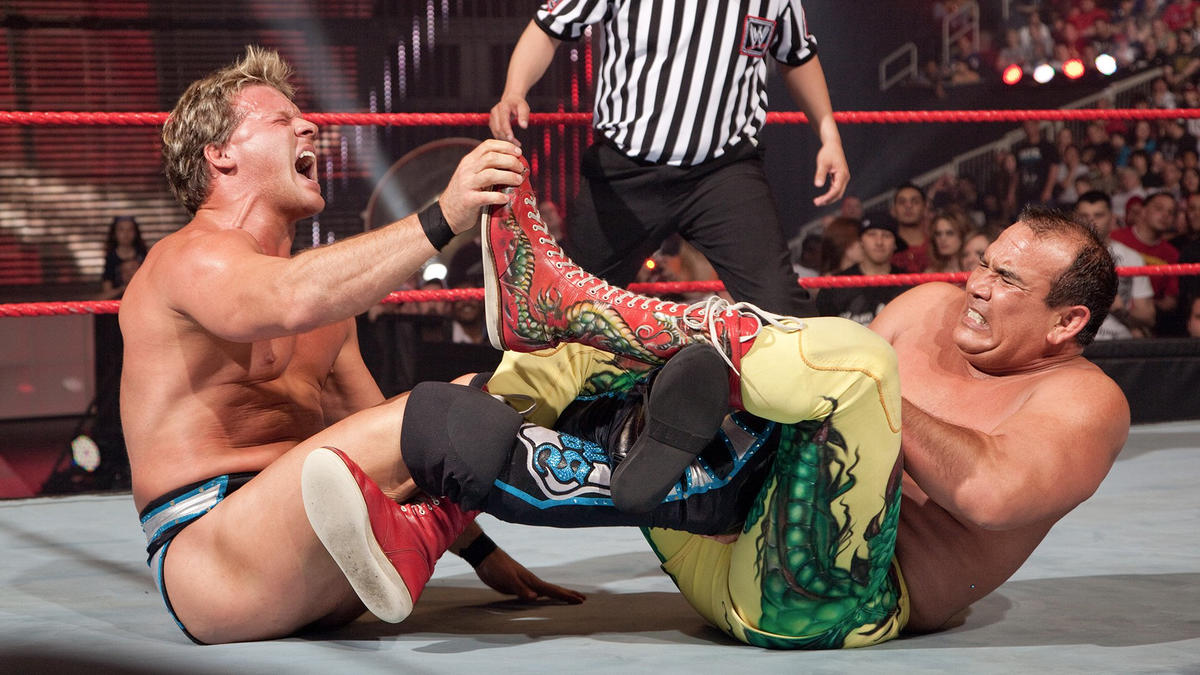 Ricky had been inducted to the Hall of Fame the previous month, and had wrestled as a part of a handicap match against Jericho at WrestleMania which led to this. This was the first time Ricky had been in a singles match on PPV in 15 years due to a back injury that caused him to retire, and if that injury bothered him you would never know it. Dragon looked like a 35 year old hanging with Jericho and you could tell how much fun it was for Chris to be in the ring with one of his heroes. This would have been a good match if both guys were full time active wrestlers, but considering one of these men was retired for the better part of two decades it was amazing. 2-2

Winner: Jericho made Steamboat tap to the Walls of Jericho. 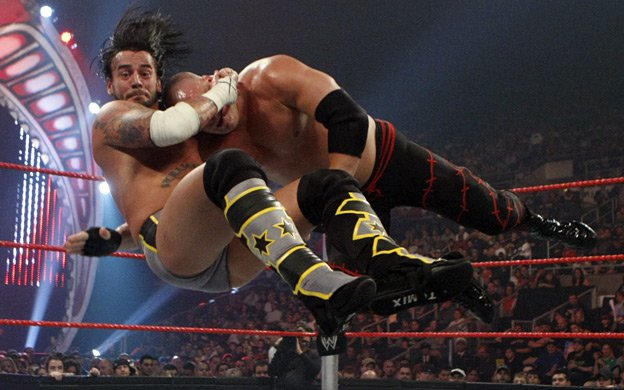 For the second year in a row Punk came into Backlash as Mr. Money in the Bank and seemed inconsequential. Kane squashed Punk and that turned out to be a good thing, as it was a catalyst for Punks slow heel turn. Punk was always better as a jerk. Kane was always better as a retired politician (after a certain point). Match kinda sucked. 2-3 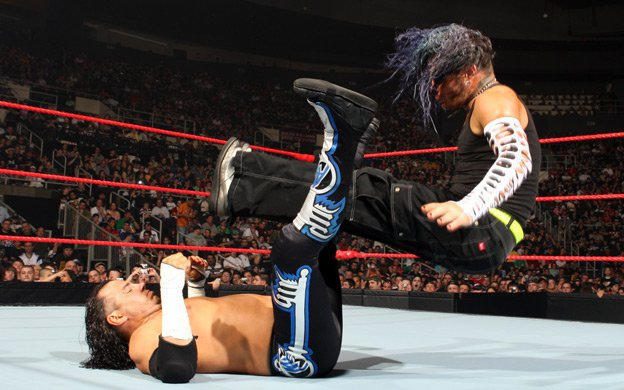 Matt had turned on Jeff, and had been a bad brother to set this up. The Hardys for as great as they were, never could quite pull off a good feud with each other. It almost seemed like they were holding something back. The ending of this match was stupid, with Matt tied to a table bringing up their dead Mother and sick Father to keep Jeff from squashing him off a ladder. That plan of attack didn’t work and Jeff jumped anyway. Match was disappointing with the talent involved. I can’t believe that these guys never had an awesome match against each other. That’s the kind of thing that could leave a guy broken. It’s a no from me. 2-4 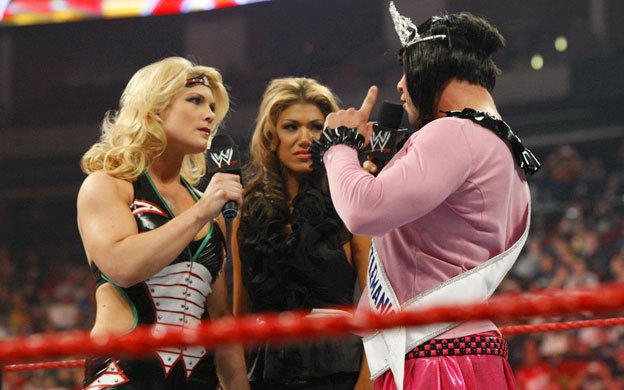 Yep, this was garbage. Also after the match Santina had a wardrobe malfunction. I HATED all of this. This is one of those things that make it hard for me to defend the fact that I like pretend fighting. #WomensRevolution 2-5 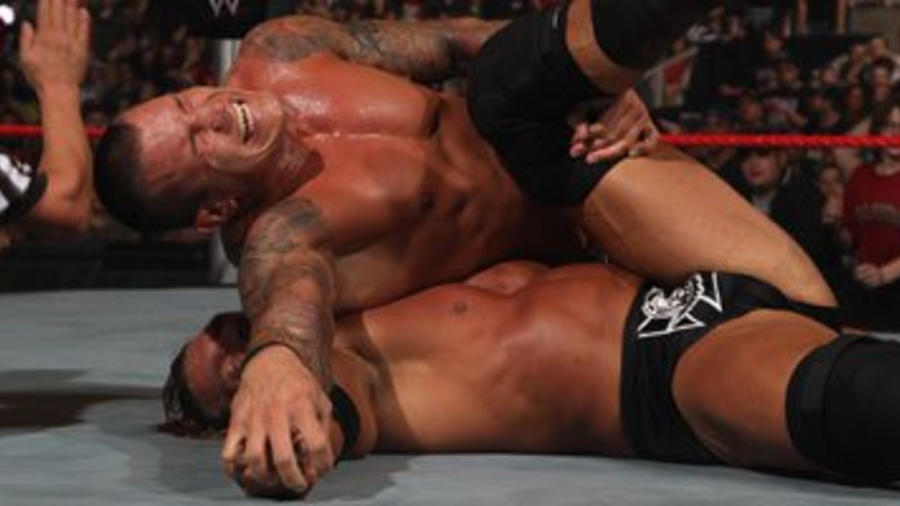 The Age of Orton began again after this oddly booked match. This was Randy’s third Championship reign, and seems like a lifetime ago. I hate singles titles being defended in tag matches, but them adding in extra stipulations made the outcome seem obvious at the time. The idea was solid, as everyone hating Randy put some heat on him but the payoff just wasn’t there. HHH was stretchered out after the match to continue the feud. Not a main event worthy match. 2-6 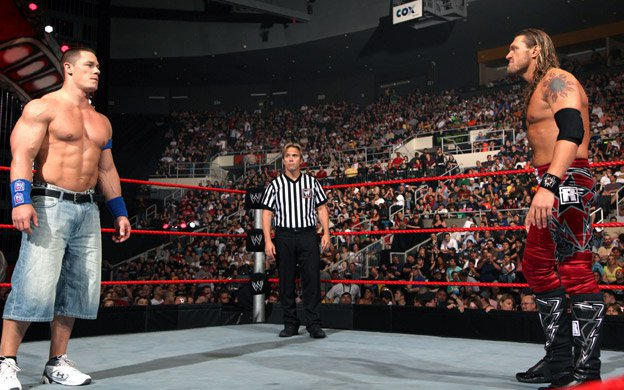 One of my all-time favorite feuds. John and Edge always brought out the best in each other and this match was no different. It was intense and hard hitting all the way through and easily out classed everything on the show. This match was the main event for a reason and came through in a big way here. Even the Big Show interference that didn’t make sense looked awesome. Great match that I can’t say enough good things about, even with the shit ending. 3-7

Winner: Edge was victorious after Cena was chokeslammed through a spotlight by Big Show. 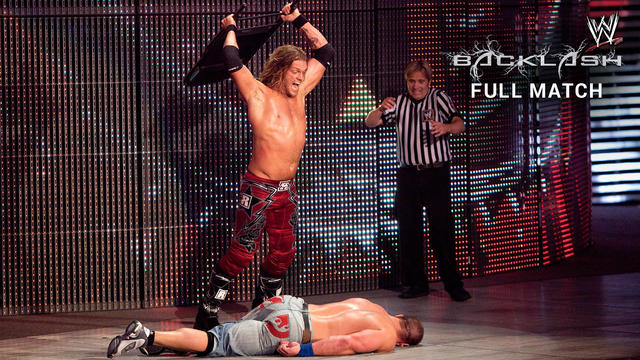 Overall Thoughts: This show did a good job of tying up some loose ends from WrestleMania and starting some new stories to build on. The Cena vs Edge match was great, and other than the junk with Santina everything else was at least decent. The last of the original Backlash PPVs went out OK, not amazing but good enough. I really don’t think this show was bad enough to banish it for 7 years afterwards. See you in 2016 I guess.