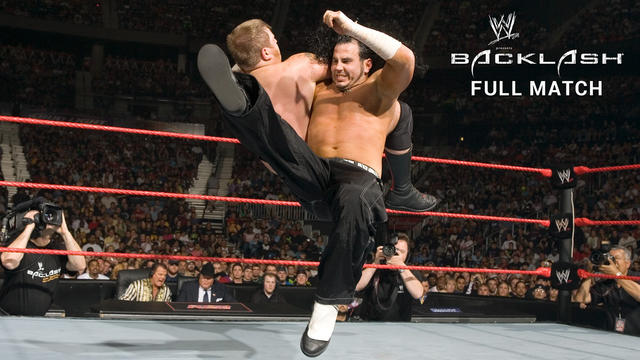 This was the first Tag title defense for the Hardys on PPV in over 6 years as they were working a nostalgia run here (kind of sounds familiar). Lance Cade and Trevor Murdoch were always an underrated team and worked well with the Hardys in this match. Cade in particular could have been a bigger star and died way too young. Match itself was a way to start the crowd off on a positive note with the Hardys getting all their signature moves in. Not too shabby. 1-1 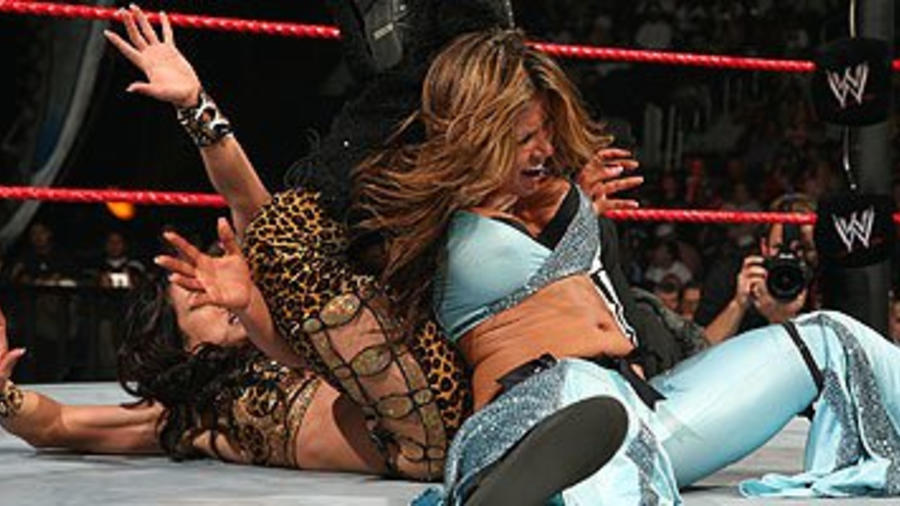 Melina will always be more remembered for her split legged entrance than anything she did in the ring. Mickie was far and away the better wrestler of the two. She needs to be on TV more now. Even with the ladies getting more time than the previous year this was still a throwaway match. That seemed to happen a lot to the women before the “Revolution”. 1-2

Benoit had won the title in October and had defended it successfully against MVP at WrestleMania. The story here was every time MVP got a match he got closer and closer to beating Benoit. This story seems like it would work better with the good guy chasing the bad guy in this manner but I’m not a billionaire. MVP did look really good in keeping up with Benoit in this match. I’m glad MVP is back. I miss Benoit not being someone I could like without feeling terrible about it. 2-3 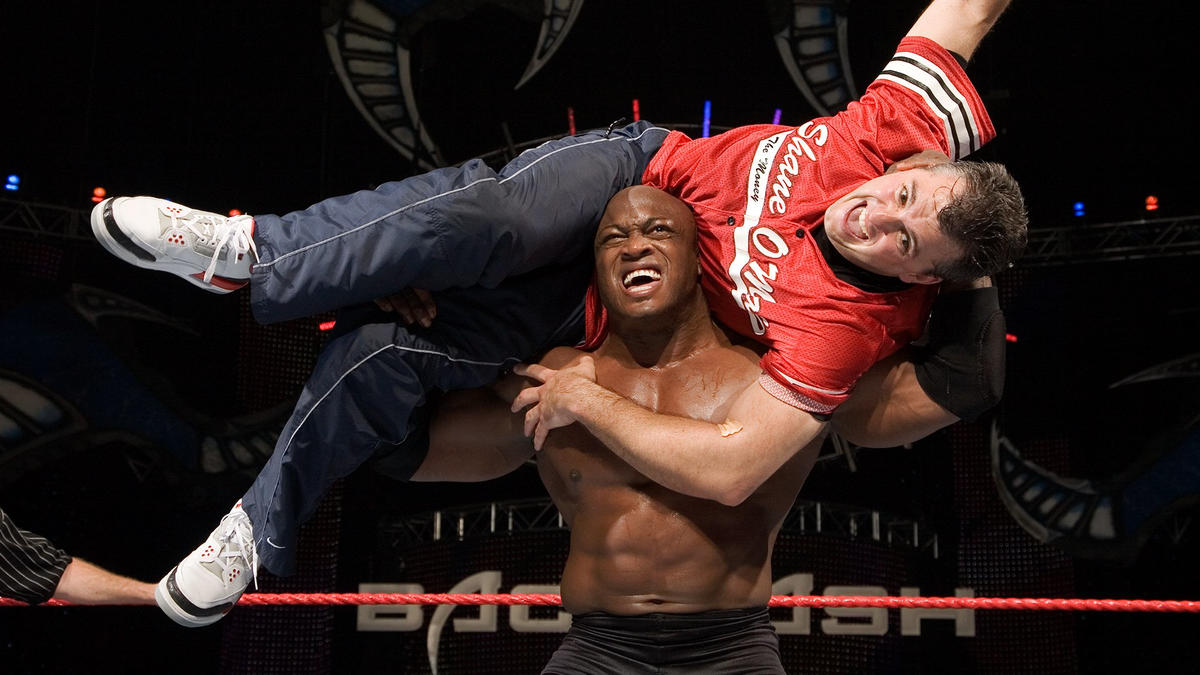 Lashley looked like a bad ass hanging on as long as he did but the numbers were too great to overcome. Umaga again pulls out a good performance in playing the destroyer. Vince earned my respect by looking like the whitest member of G-Unit. The match itself was far too long for the story they were telling though. Seeing Vince wearing the ECW belt looked weird and probably made Sabu violently ill. 3-4 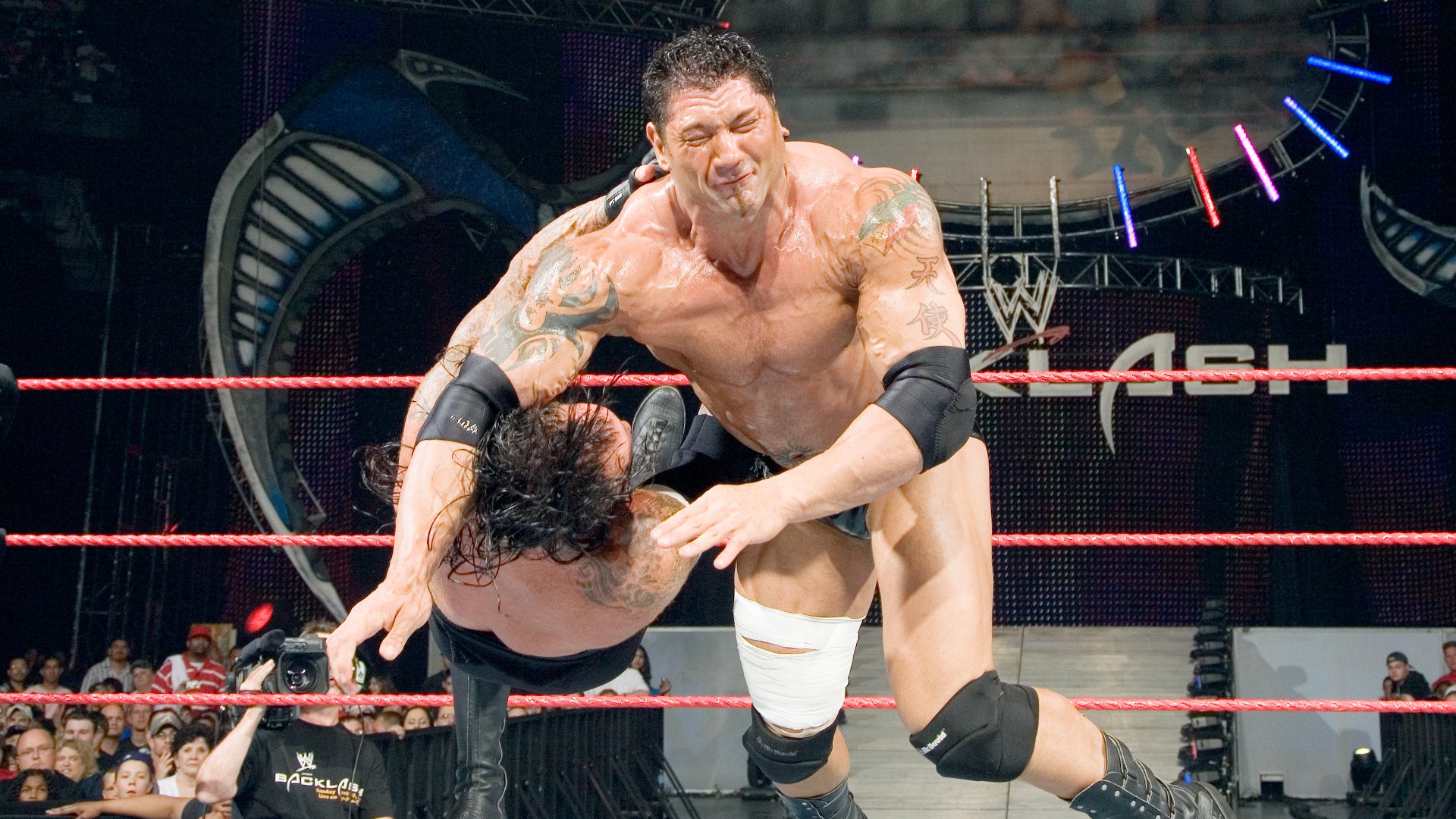 These two stole the show in a very awesome way at WrestleMania and topped themselves here. Both men looked like they would rather die than leave without the championship. They never got lazy, all the moves and motivations looked realistic and they proved that two 300lb men could put on an amazing show. The spear off the stage was awesome and was a great way to keep both men looking good without giving an actual winner. 4-5

Winner: No Contest after both men went off the stage. 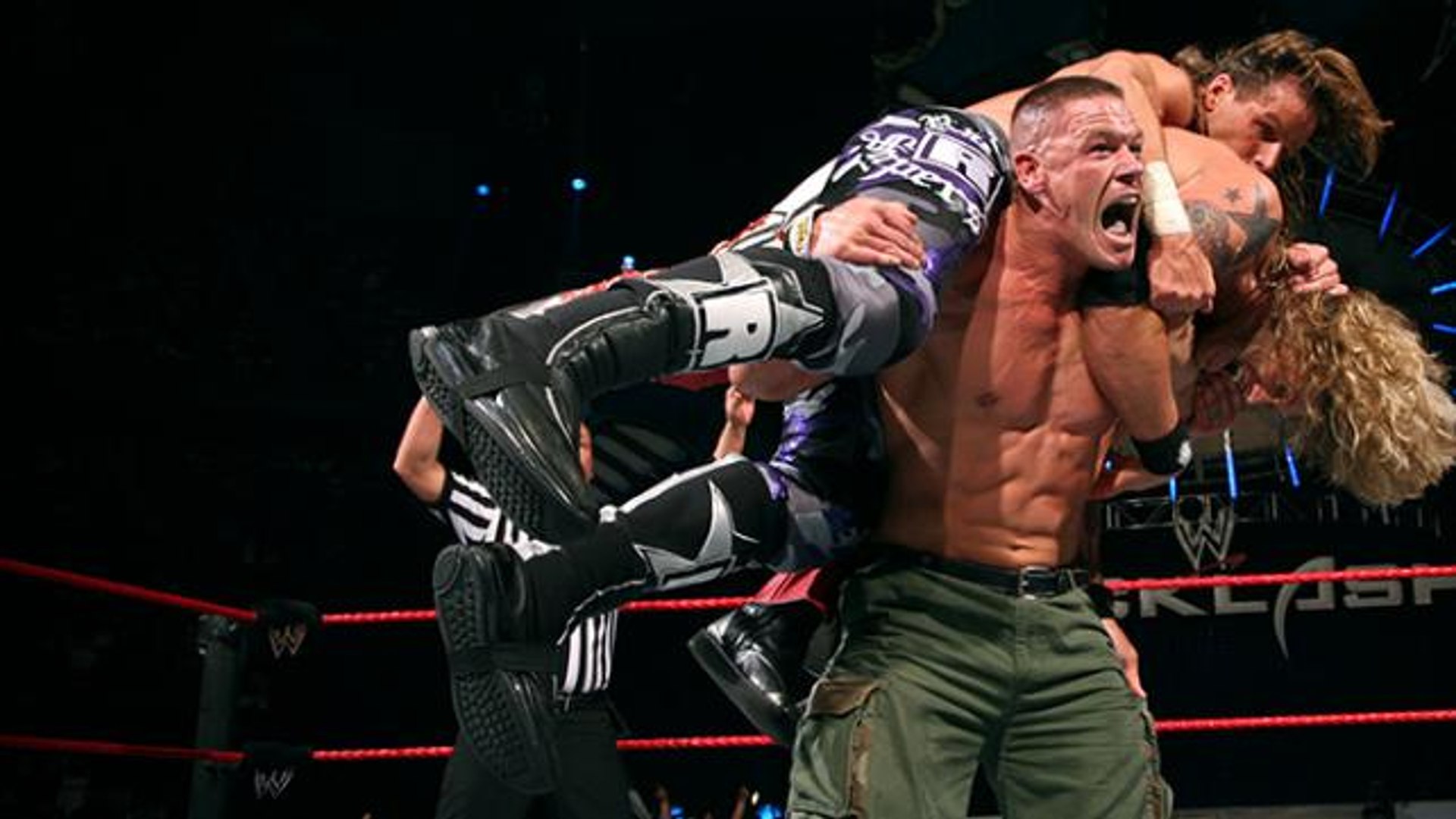 In no way was this match going to follow the Last Man Standing that came before it. Lots of interesting stories going on but it seemed like a cluster to fill PPV time rather than a drawn out plan to put one man over the others. It did make it seem that anyone in the match could be champion but it also gave the impression that the show had no direction. Shawn and Cena had a good rivalry going before this and they probably should have just done the 55 minute match they had on RAW in this spot. Not bad just in a bad spot. 5-6

Winner: Cena pins Orton after being Super Kicked on top of him. 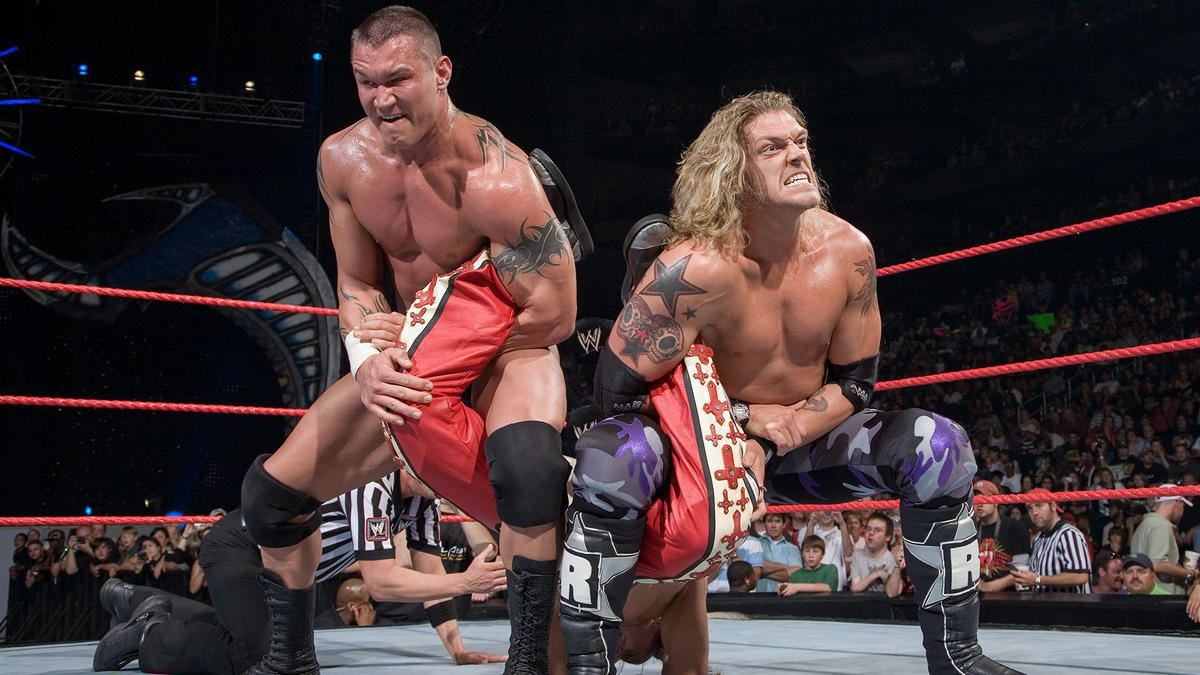 Overall Thoughts: This was a good show. The main events were at minimum good and could be called great (Taker/Batista). The undercard didn’t have too much time wasted or anything that was embarrassing to the sport. This show may not be the most remembered but it was a solid effort from everyone involved. I wouldn’t hate watching it again. Not too shabby WWE.