I wonder who turns on Sting this month. 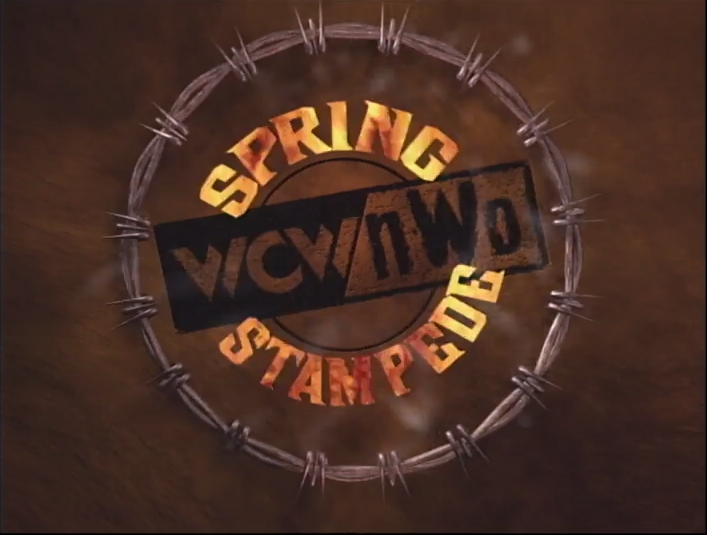 No more Bill this month. Other than Saturn botching an Asai Moonsault this was one of the better Goldberg matches he had in WCW. I always have enjoyed this for some reason. Saturn got to get some shit in and still made Bill look like a million bucks. Plus the crowd was all about it and that Rings of Saturn counter fucked. Good enough. 1-1

Eddie’s white jeans and cowboy boots slap when paired with that mullet. Another really good Cruiserweight match here. I’ve said it before and I’ll say it again, this is truly where WCW shined. Letting the talented guys fill up the show before the main eventers came in to bring the quality down. I love Eddie constantly getting on Chavo about not taking advantage of things paying off with Eddie being right. Good story and match. Ultimo Dragon ruled. 2-2

Winner: Dragon with the dragon sleeper.

Between these shows and the Dark side of the ring I am getting my emotional fill of Benoit right now. On a positive mote, I’m not sure these two had a bad match in WCW. Booker’s push continues and Benoit continued to be the best guy to never have won a title at this point. I didn’t even mind the ref bump at the end of this because it helped the story of how evenly matched these two were. Good stuff again from both dudes who have been on fire with these shows 3-3.

Winner: Booker retains via Harlem Sidekick over the official’s head.

Hennig sure took a drop down the card this month huh? Neidhart will be cuffed to Rude because of Rude using cuffs? Whatever, Rude was hilarious constantly trying to get involved. Unfortunately a lot of it was Bulldog working over Curt’s leg…it wasn’t bad or anything just kind of boring. Then you have the announce team not realize how a fucking Sharpshooter is applied and not recognizing Vincent in a cop outfit and seeming like the dumbest fucks alive. Then the fact that Rude got loose BARELY had any impact on the ending. Nope. 3-4

Winner: Curt gets the win after Bulldog hits his head on the turnbuckle.

The announce team literally talks about the NWO over the top of this match like it doesn’t matter. The quality of this varies wildly as to who is in charge. Jericho=Good, Prince= Bad. Well maybe not bad but definitely boring as fuck. These guys are on the exact opposite ends of the charisma scale. I really wanted to like this due to Chris but Prince Nakamaki always bores the shit out of me. 3-5

Rick is dressed as if Ronald McDonald were a college wrestler. I can’t believe they expected poor Scott and Buff to perform after being railroaded like that. Sad. It was kind of slow and plodding. Rick get beat up a lot and the crowd really doesn’t get into it until Lex does the flappy arms taunt. They love that taunt. Hell, we all love that taunt. Eh. 3-6

Winner: Lex gets the win for his team with a Rack on Buff. Scott had left Buff alone after Rick chased him up the aisle.

La parka rocking the yellow and black tonight. Other than one iffy segment up on the top this was good. The crowd just gave less than a shit. La parka fell victim to the bad guy pull your opponent up deal at the end. Good enough, I wish the crowd appreciated these dudes more though. 4-7

Winner: Psychosis with a  guillotine legdrop.

Man I miss the Hendrix theme. Also I had that Hogan t-shirt, it was pretty sweet. Still is. Not a bad match but don’t expect a lot of high flying. The crowd was as hype for this as they weren’t for the last match. Piper and Giant get the bat first but it’s an NWO match so of course there are shenanigans. Such as an extra bat and the Disciple. Hogan got cocky and hit Nash accidentally but they still pull it of with a 3 on 2 advantage. The NWO everybody.  I’ll give it a point because I can. 5-8

Winner: Hogan pinned Piper after a second bat was thrown in.

Winner loses to Goldberg on Nitro. This was a fun Raven style brawl. They tear the set apart here. Of course the Flock gets involved but they mostly spread it out. They did everything they could to make DDP look like Superman in this. They finally get the better of him when new member Horace Hogan arrives to change the equation. Another fun brawl in this feud and the crowd loved it. Good stuff 6-9.

Winner: Raven with an Evenflow on a sink after Horace arrives.

Another wild brawl. Not sure why they did them back to back like this though. Crowd was kind of burned out in spots. Not too bad but didn’t have the pizzazz that the previous match did. Of course we have a ref bump. It’s the main event and the nWO is involved duh. Liz taking the splash in the corner still gets me. The Hogan and Nash power struggle to make the champion actually helped this rather than hurt it.  Last couple of minutes saved this honestly. 7-10

Winner: Savage after the Jackknife. 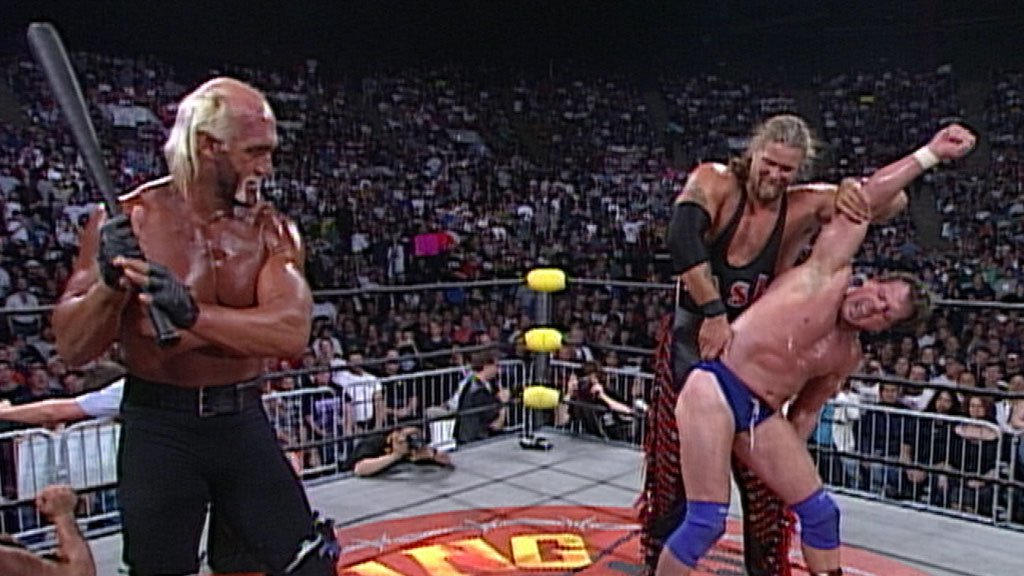 Overall Thoughts: Kind of boring in the middle but surprisingly the NWO/main event stuff was actually good. Still feel bad for Sting though in this entire thing. Should have had a tan in December brother. See y’all for Slamboree.