Trying to keep a positive outlook on this show since it’s still a few months out. Here is what we have announced so far… 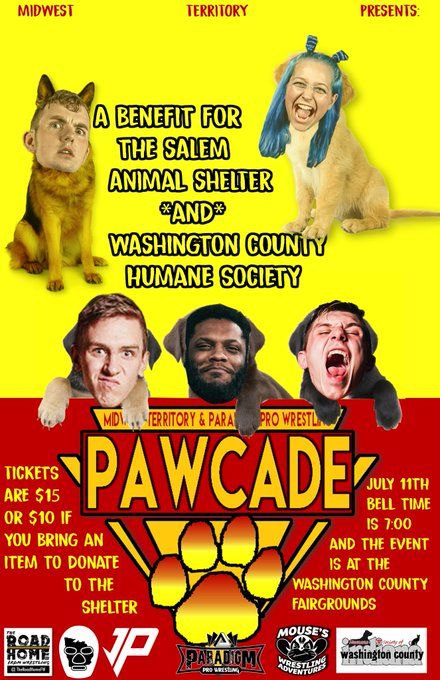 Wait…aren’t they the same guy?: “No Flinch” Nolan Edward v The Kenway

The Loyal Rumble Who’s a Good Boy Battle Royal: So far the Competitors are Big D and Charlie Kruel but we have a lot more folks to announce.

Also a challenge has been put down and accepted by ATM as he will be representing the sta…er “Commonwealth” of Kentucky in a FLAG MATCH against an athlete from the state of Indiana. Trust me this is something you don’t want to miss kids.

Plus we still have TONS more announcements to make as far as talent and matches go so stay tuned!

*Possibly the Ghost of Chase Holliday

Cole has a family thing that day and sadly won’t be able to attend. We still love Cole though…except Sophia. 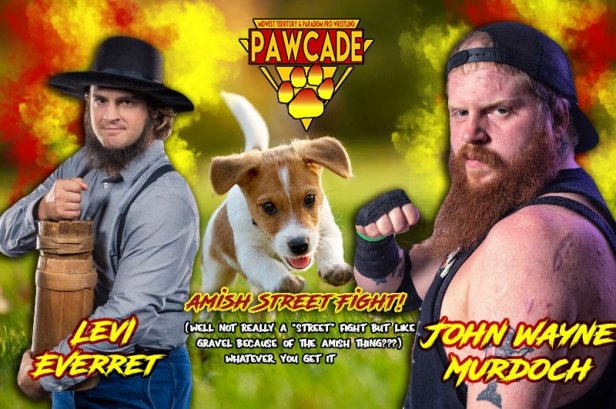 We still have a ton more talent to announce and matches to go with them. Keep an eye out!