Who is the new #1 contender to the Women’s Championship? 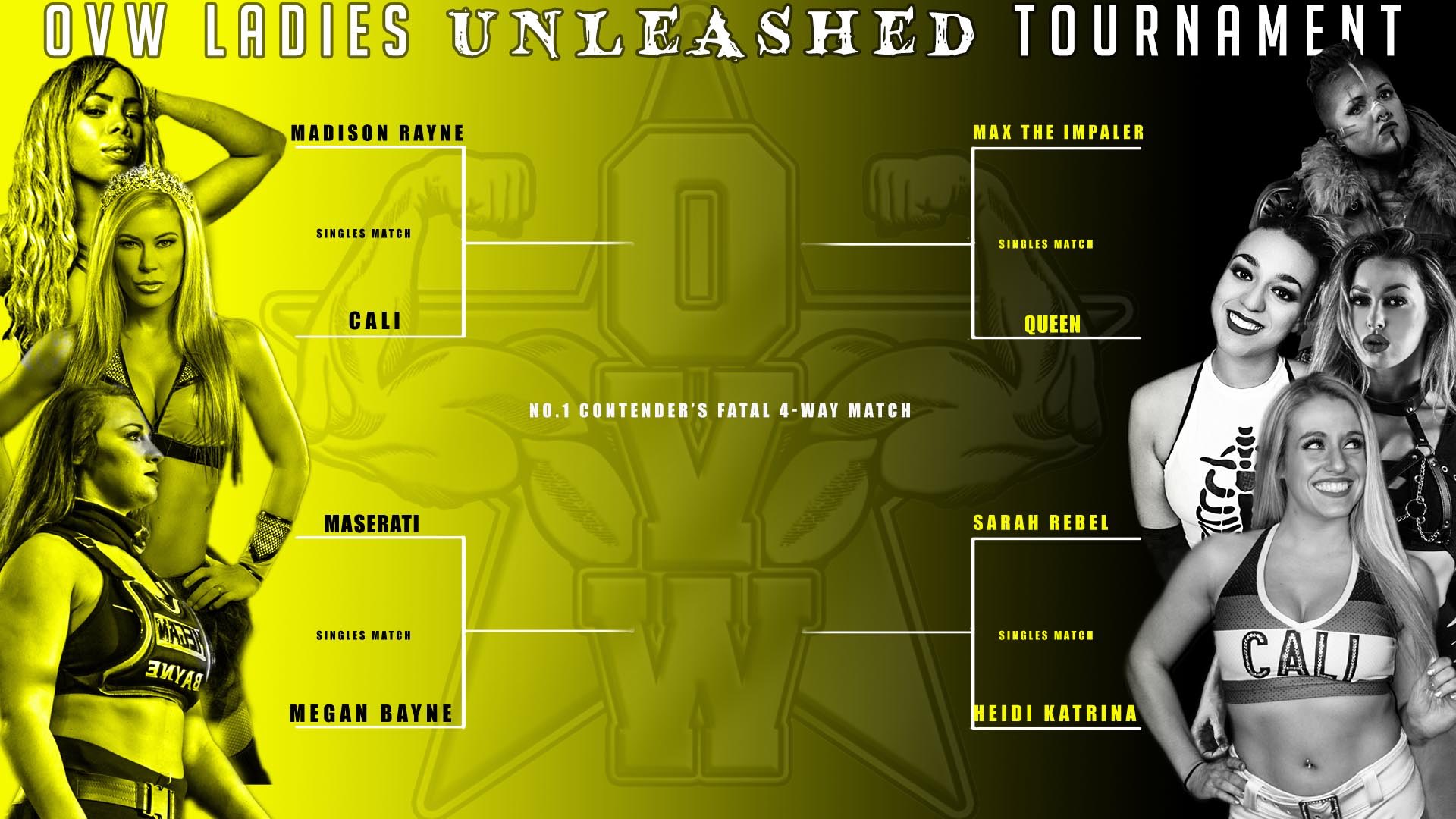 On the Overdrive tapings before the tournament…

In tournament action… Oh, so about that #1 contender thing. The title is defended TONIGHT.

In a FATAL 5 WAY for the WOMEN’S TITLE Madison Rayne was able to outlast Megan Bayne, Max the Impaler, Cali Young (w/DL3) and former Champion Ray Lyn to win the championship.

Thanks to OVW Mania for the results.