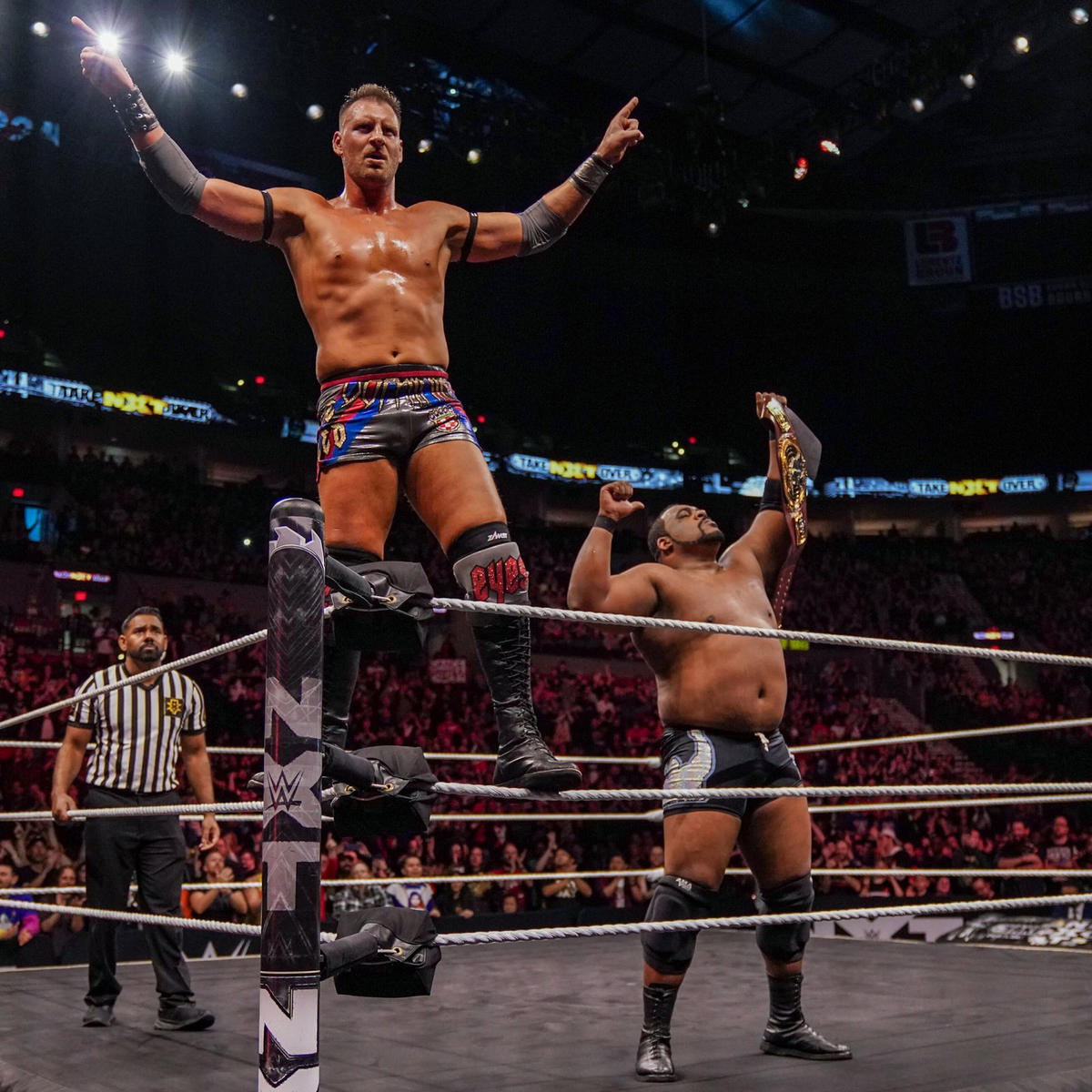 This started out a little iffy in spots but then turned in to an amazing big man match. Both of these dudes are obviously super athletic and really know how to shine. I’m glad they finally got this moment on a big stage like this. Both guys have earned it. Lee fgot the win with the Big Bang Catastrophe after a hell of a contest. I through out ***** on Twitter right after the show and not sure if that’s right but 4*’s + is certainly a bare minimum. We get the big respect deal after the match. 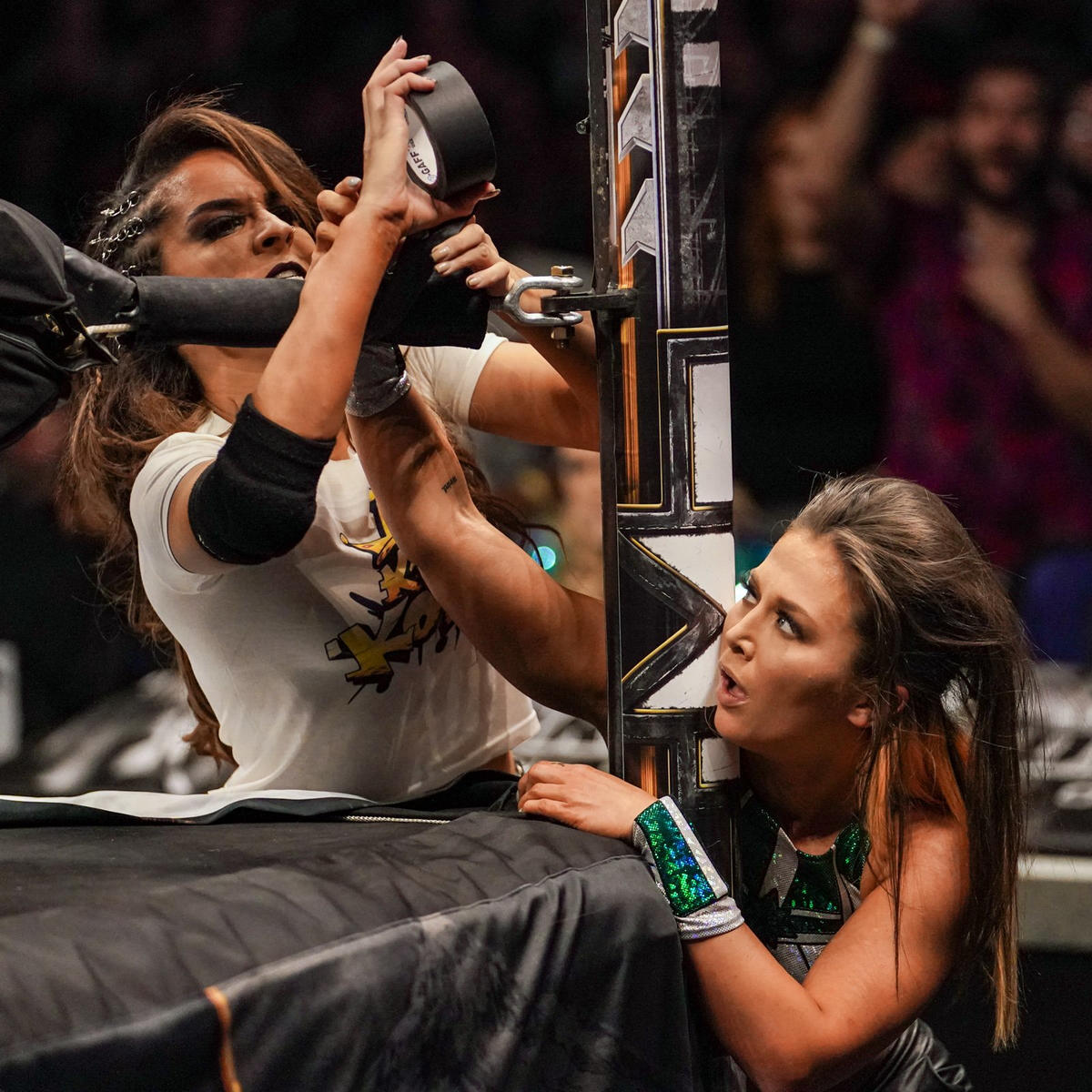 These ladies went out there and beat the living hell out of one another. Lots of intensity and very minimal standing around made this thing pop. I had zero hope that they would be able to follow the previous match and I’m happy to say that I was wrong. Loved everything about this until the ending. Kai got the win after some help from what might as well been someone in a mask. If anyone knew who Raquel Gonzalez was it might have helped. Still a really solid overall effort and easily a re-watchable match. Good stuff. 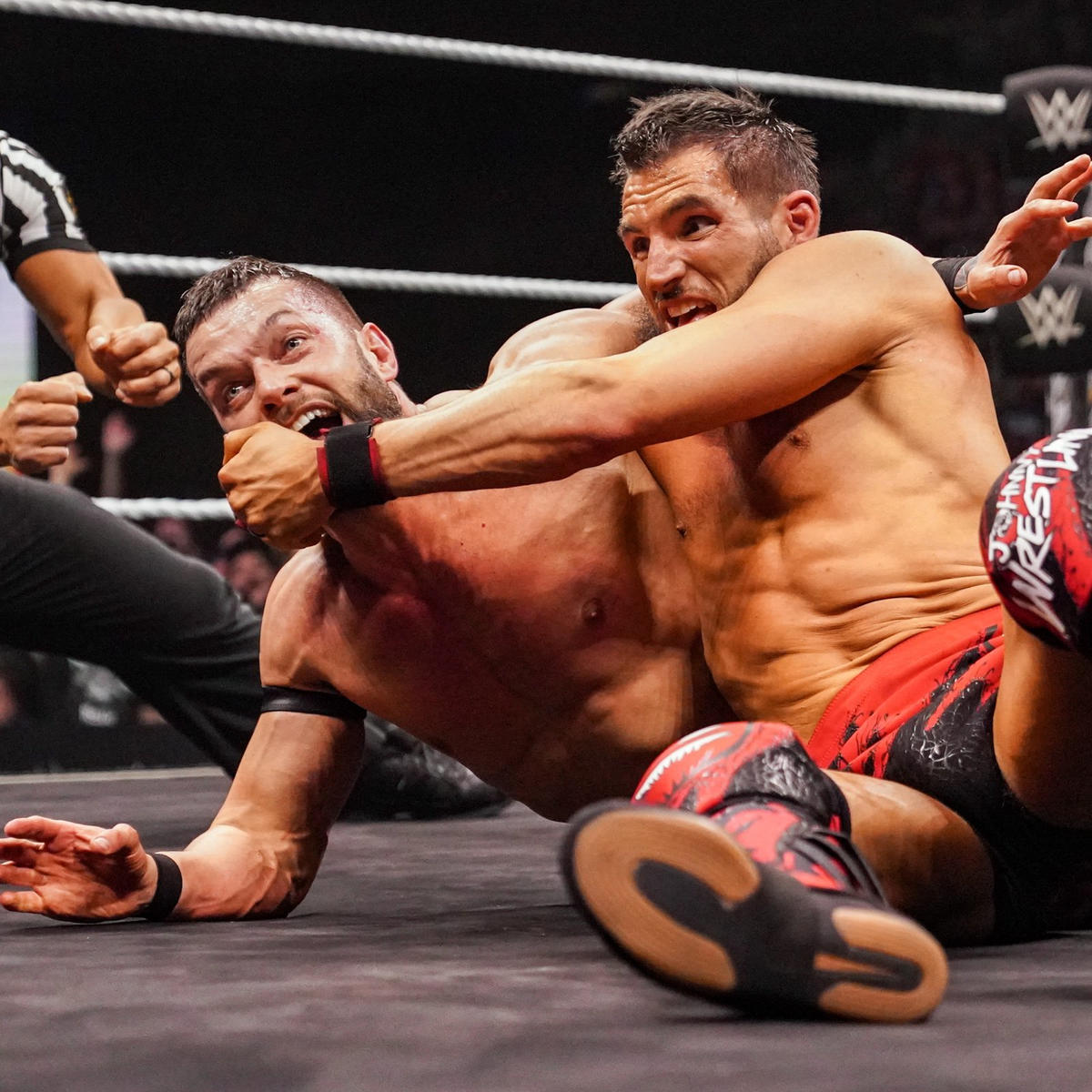 This started out with a feeling out process and a little bit slow but then…it got going. These two brothers worked their asses off in their and had another banger in a night of them thus far. Both of these guys lived up to their reputations as the pillars of NXT with this. Maybe a bit long but damn was it good. Finn murdering Johnny was the right call and set up the main event deal perfectly. 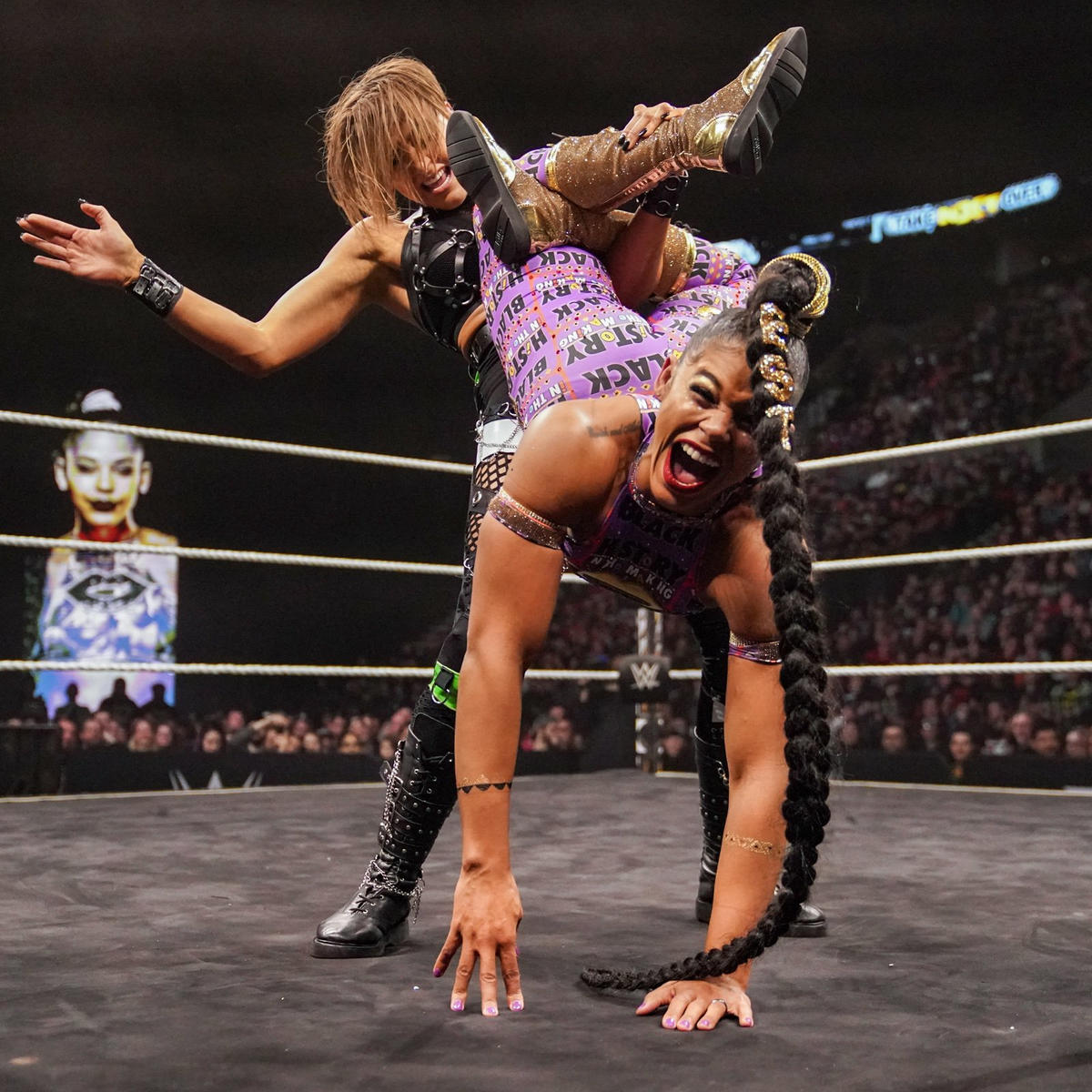 Bianca’s gear though. This may not have been the best women’s match on the show but I still enjoyed it because it felt like a contest. Everything wasn’t smooth and it looked liked they struggled at times which is what would happen if you were really fighting someone pretty much your equal. Not amazing but solid. The champ retained with Riptide and then got her answer from Charlotte in the form of an attack from behing. Flair was in all her jerk ass glory here in everything she did. 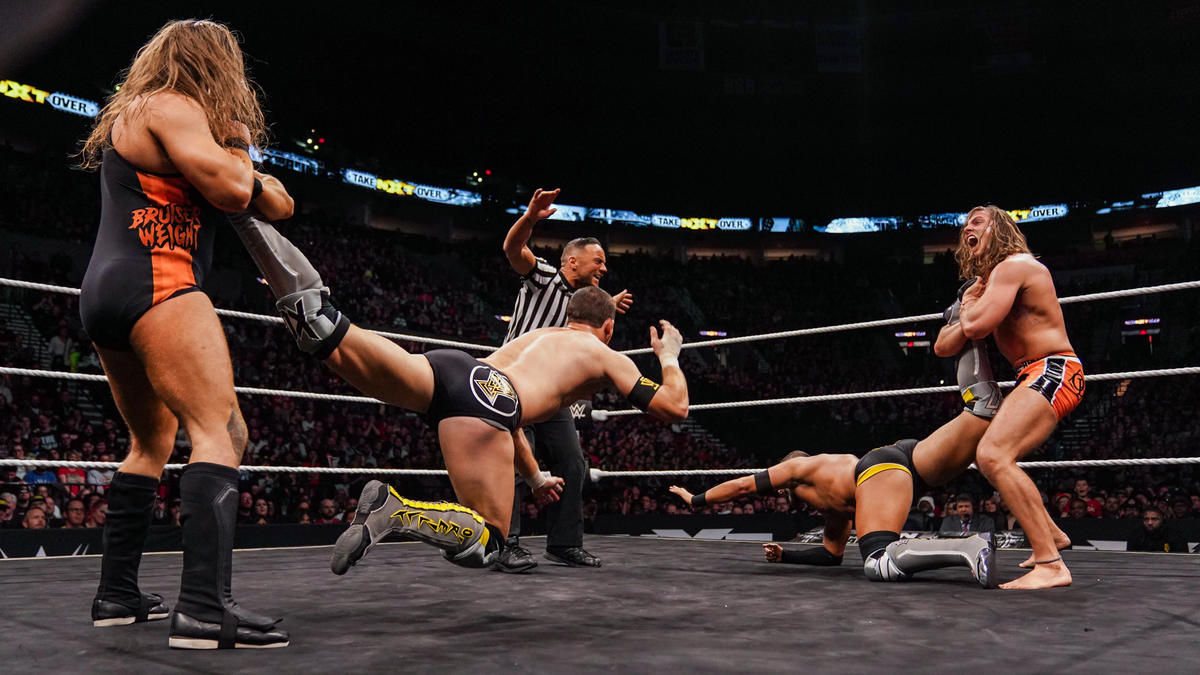 Another match that really put the NXT talent in their best light. The Era have obviously have had time to hone their craft and are rightfully one of the best teams in the world so them being amazing was not that surprising. The Broserweights though? They were almost at that level and don’t have near the experience as a team yet. Can you imaging how good this match would be a year from now? Top notch tag wrestling is always my jam and this was indeed that. The BW’s get the belts after double superkicks and double knee strikes on Fish in what was a war. 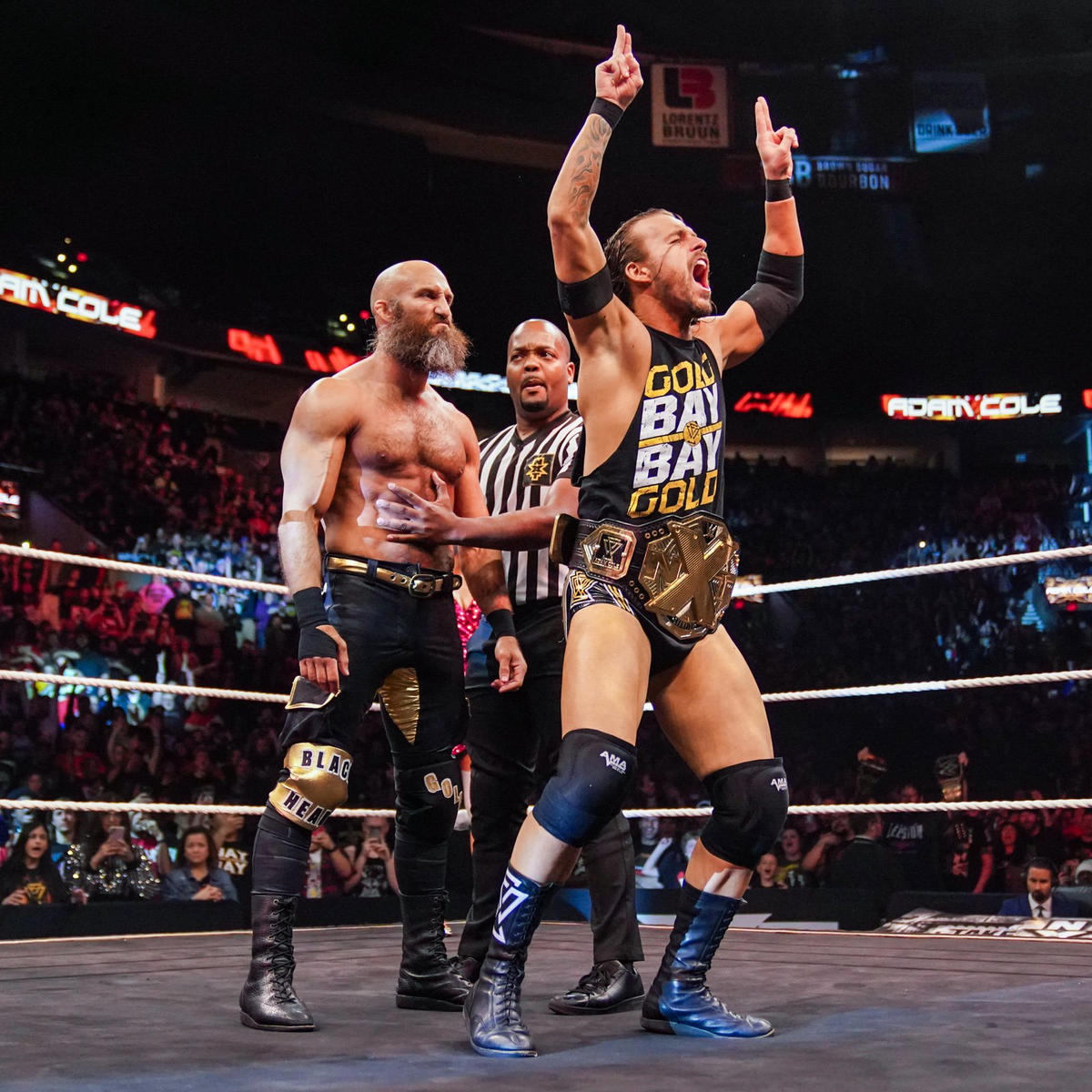 I’ve seen all kinds of complaints about this on the internet so far and um… I don’t agree. In a match full of great stuff this match STILL rose to the top of the mountain for me. The story of Ciampa giving everything he had to reclaim his most prized possession while Cole felt the same in trying to keep it was awesome. Yes both guys kicked out of some shit that maybe they shouldn’t have but they were (in story) fighting for the thing they loved the most in the business. Of course it would give them a little extra incentive. Yeah it maybe could have cut a couple minutes and the ending with Gargano kind of hurt it a bit but man… this was good. Cole retained after copious cheating and that Gagano turn but that’s not the story. Gargano/Ciampa must fight forever and Cole barely squeezing these wins out is going to lead to a monster pop when someone pulls the sword from the stone. 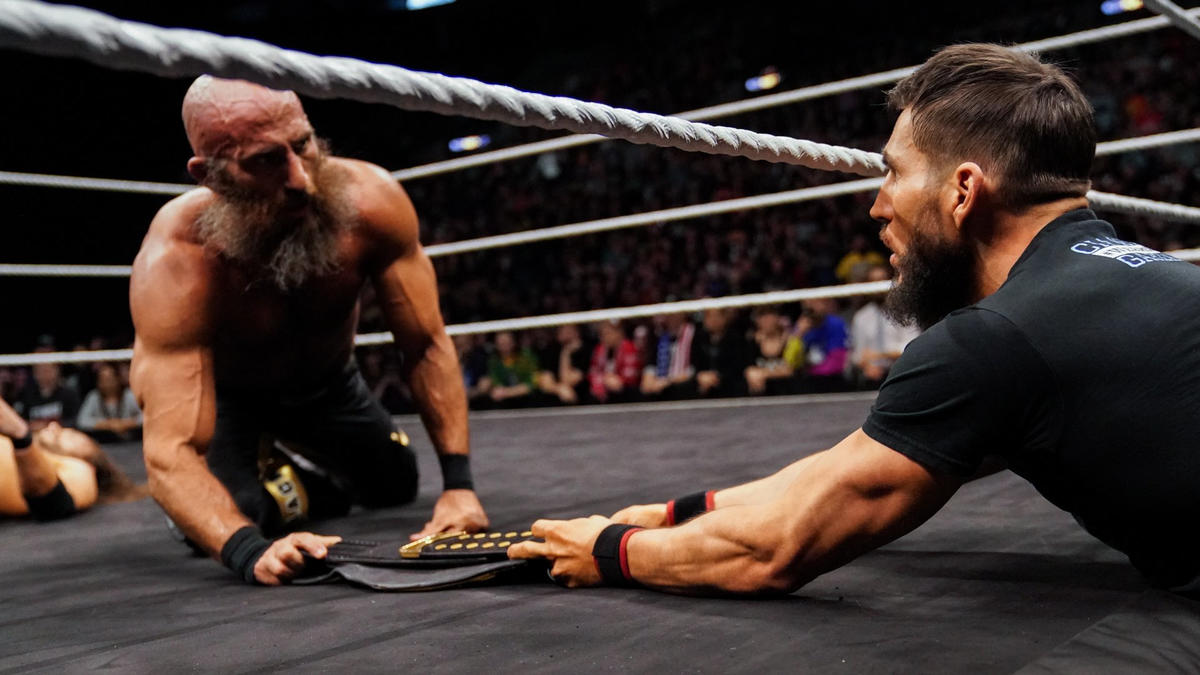 Overall Thoughts: Another amazing Takeover. It seems like we may never get a bad match on these ever again. I loved this thing from top to bottom and this is worth your $9.99 a month right here.