Commentators: The usual gang, but now with more Samoa Joe!

Here we are kids, the very last pay-per-view for WWE of this decade and I’m trying this from my phone because I’m too sick to get off the couch! 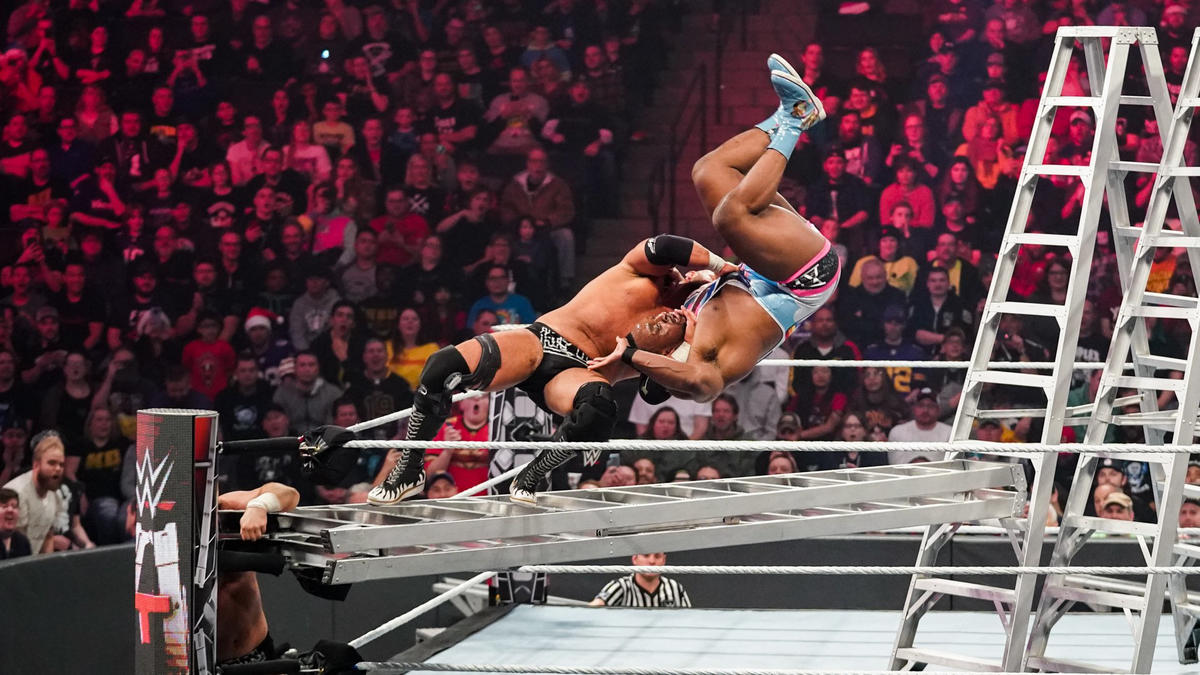 This was a heck of an opener. All these dudes did a really good job moving around and using the weapons in there. I really enjoyed pretty much the entire thing, there were some spots that they definitely should work on including the always scary Big E spear and the superplex onto the ladder but overall I thought this was a hell of an opener and all four of these guys kicked ass. Great way to start the show. 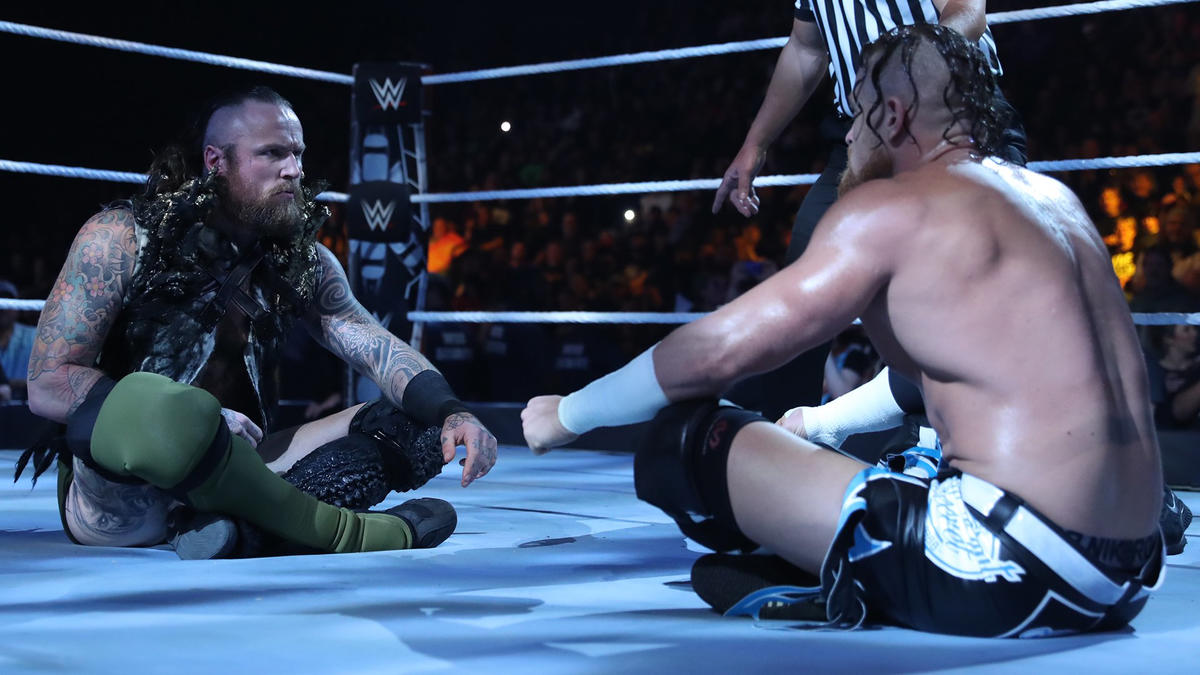 This was a fight. These guys were amazing. Aleister taking the shots to the face he did was super impressive and only solidified his spot as a badass. Meanwhile, Buddy showed that he can hang with the absolute best in the world, iand the fact that he isn’t getting a bigger push is a crime. This was maybe match of the night for me. You have to respect to guys wanting to beat the living crap out of each other for the entertainment of a crowd. This is my jam. 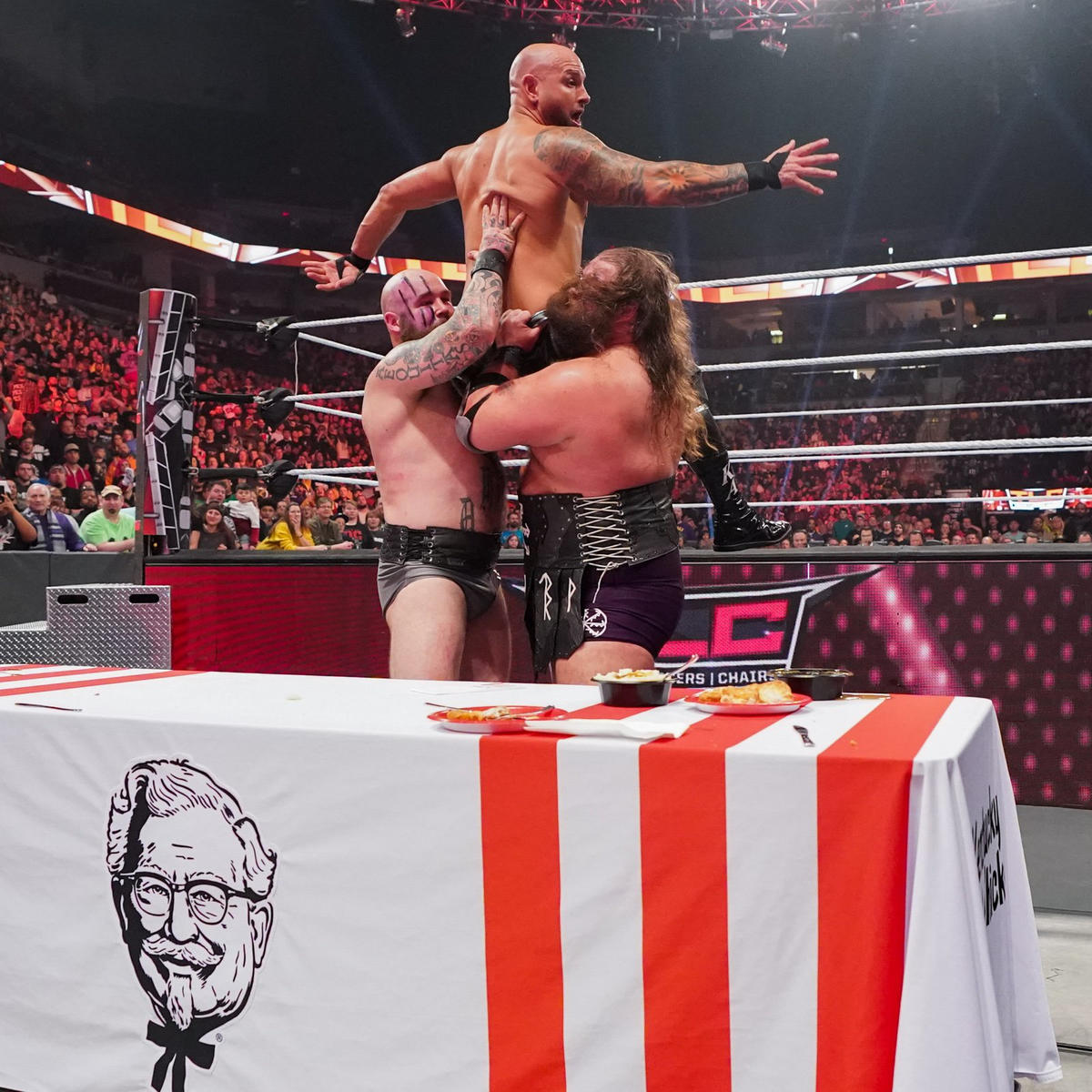 This was the first match of the night where I kind of checked out. I mean the match was fine, but it literally did nothing to progress storylines and kind of boring to be honest. Both teams are really good, I just have no interest in them wrestling each other at this point. I don’t know if it’s me or if it’s them but something needs to change. Oh, I really want to win the KFC at ringside deal. Not for this show, maybe for a good show though. Who am I kidding? I just want free food. 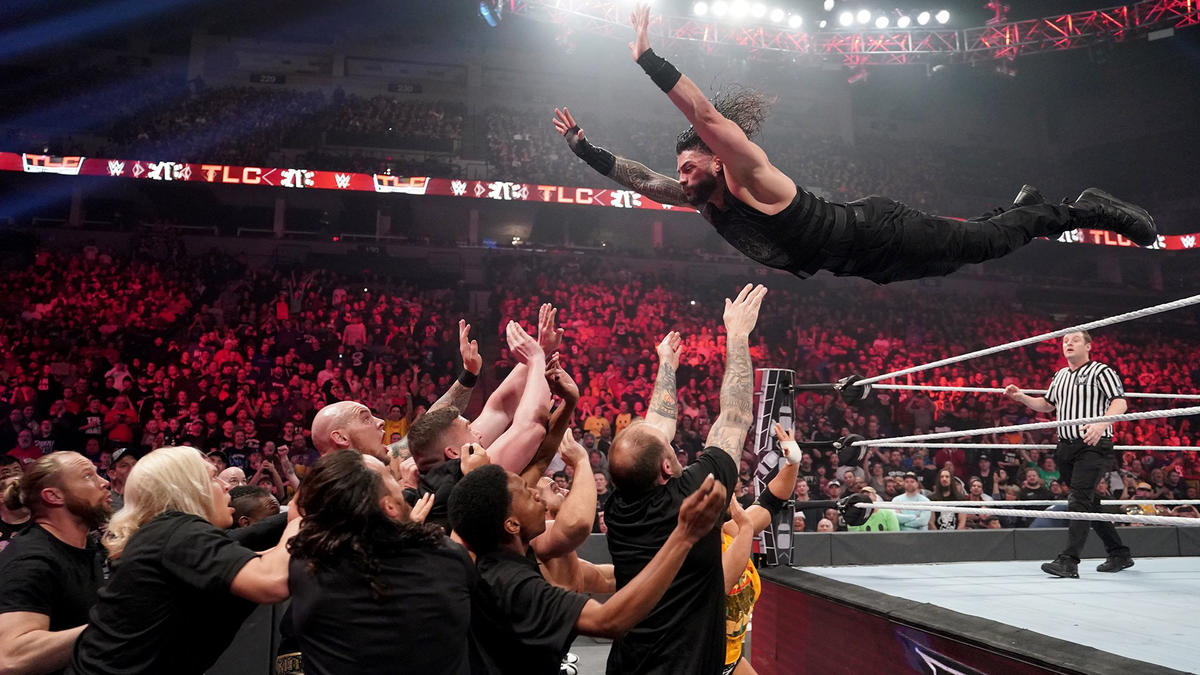 I’m going to take heat for this. Yes it was a little bit long but I enjoyed it. I thought it was a really solid fight between two big dudes. They weren’t going to go out there and change the world or anything but I really feel they went out there and had a solid brawl. Now that being said, it did go too long and they probably should have ended it sooner. Also they probably didn’t need 37 people to beat a guy who just had leukemia. King Corbin should have cheated another way to win that match if it was happening. Or hell, a clean win would have been fine. Oh, I’m all in the Corbin train right now but they’re still making him look seem like a complete ass in the wrong way. Push him or don’t.

Winner: Corbin after the world interfered. 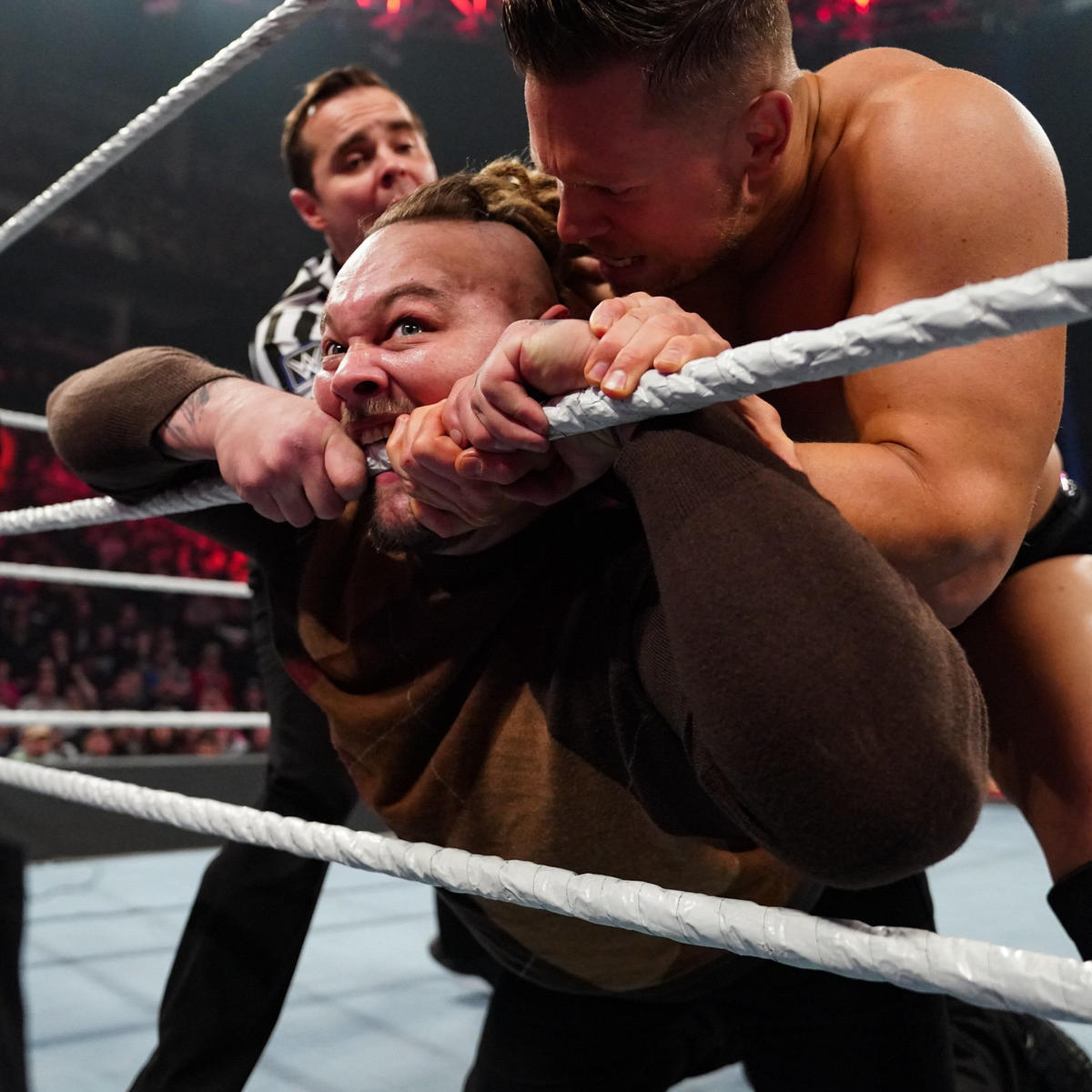 Bray Wyatt’s entrance was almost good enough for me to give it a *  if I gave star ratings. The match was really weird and had an odd vibe. Bray threatened Miz’s family and yet the crowd still did not give a rat’s ass about him. Meanwhile, Bray didn’t get the response that he normally does but he was clearly the babyface in this match. I have no idea what the plan is for this character and hopefully the attack by Daniel Bryan afterwards can really save this thing because at this point I don’t know what to do. I think Bray is in an odd position and putting the championship on him the way they did it has kind of hurt the momentum of the way they could tell stories. Daniel being back to Dragon mode is fire though so it’s not all bad. Well, unless you are Miz, he’s fucked. 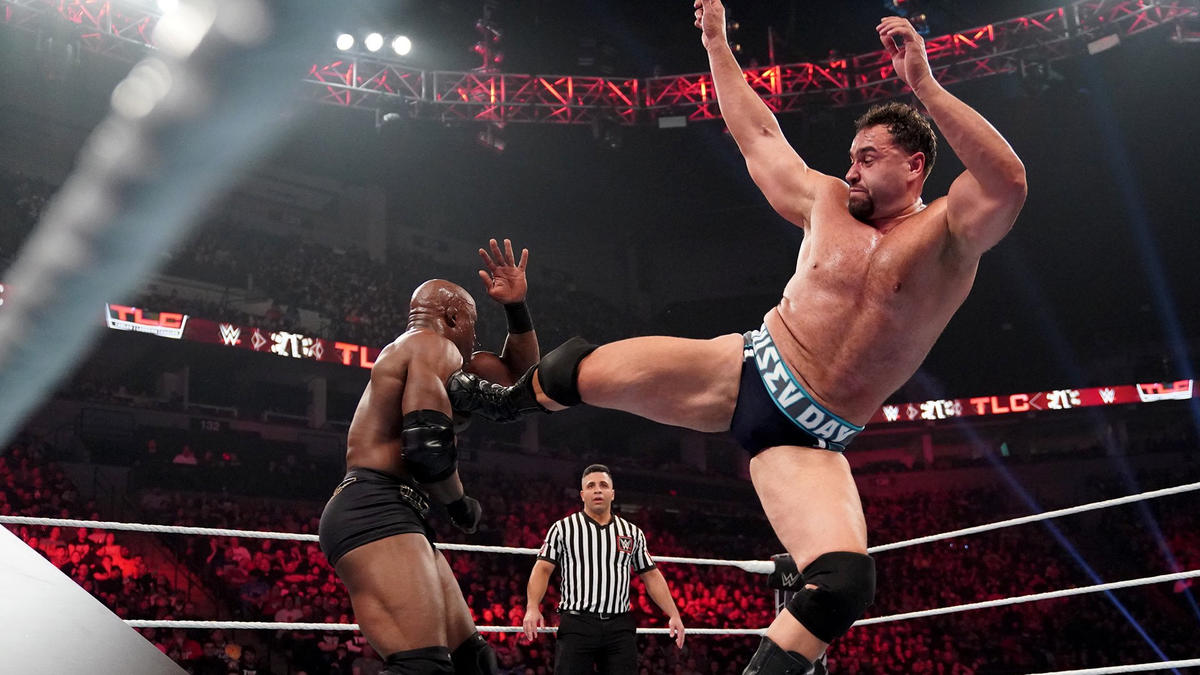 Dear God, please let this be the last match in this ill-conceived feud. This was fine, another decent Hoss fight. It was nothing to write home about but it didn’t actively hurt my feelings at all until the finish. What what are they doing here with Lana and Lashley? Are they a thing now forever on this show? Do I care? Man, I’m grumpy. Regardless the match was fine. I just want this feud to be over forever and ever and both guys move on to something better. 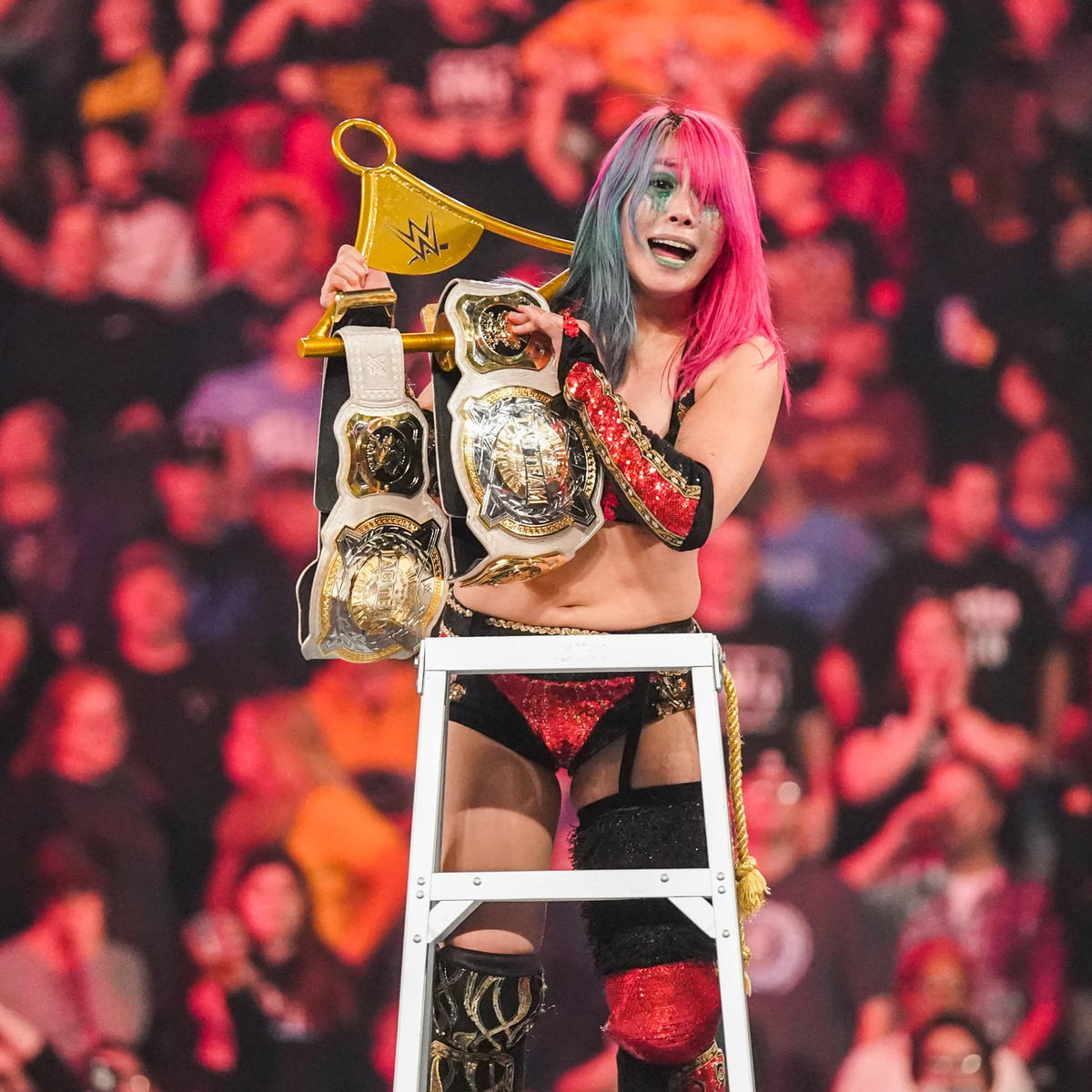 I’m kind of split on this match. They clearly worked their asses off but they were missing a lot of spots. I’m not 100% positive when Kairi got her injury but it had to have been early on because she was wandering around a lot. They tried a lot of stuff, and some of it worked really well and I enjoyed that. However; they missed a lot more stuff than they actually hit. Then there is the fact that the match went on way too long for the story they were trying to tell. This makes me think that this would have been better off as the opener and not the main event of the card. Regardless, you got to give him an “A” for effort but a “D” for execution this was not the match to end the show on. 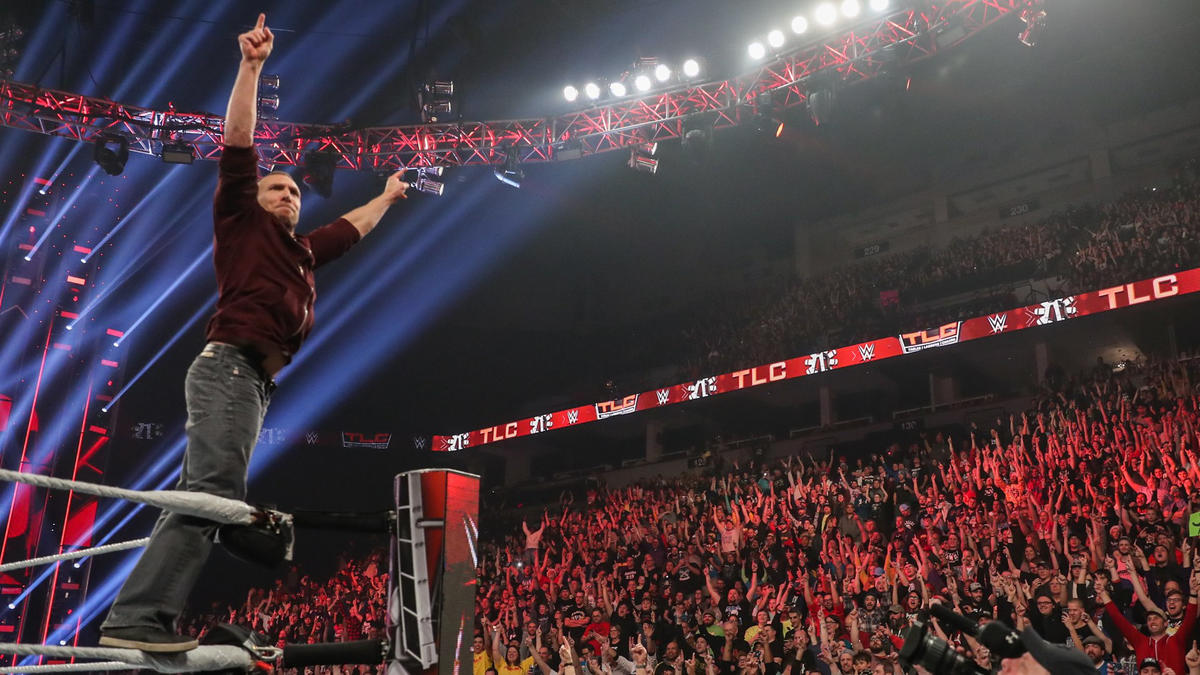 Overall Thoughts: I wanted to like this show. I thought even though they didn’t advertise the matches very well it should be pretty decent. I was wrong. The matches I thought were going to be awesome were awesome, and the matches I thought were going to suck suck were better than expected. The problem was the big story matches of the night failed. Miz/Bray dies until Daniel arrived. Roman/Corbin was a solid match with a shit ending and the main under performed due to injury or whatever. Sadly, this will be remembered less than fondly. Oh well, there’s always 2020.