Another huge coming up tomorrow from AEW so it’s time to make some picks. 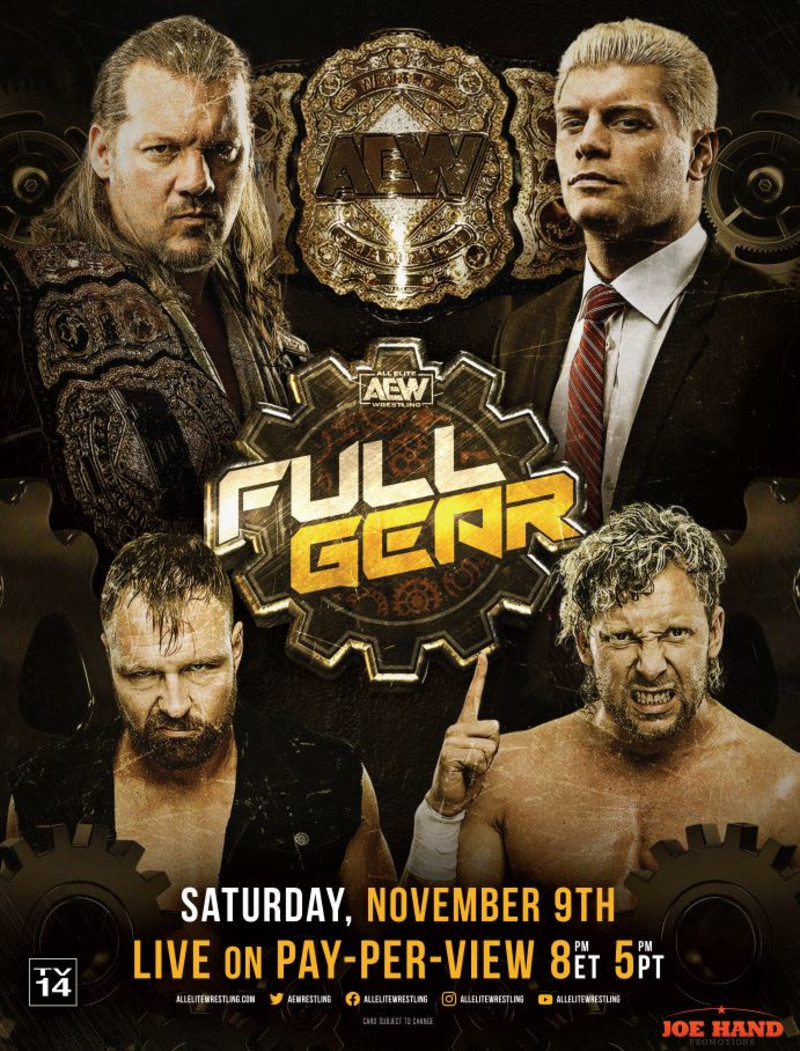 Chad French: Cody saying he would never challenge for the title again sealed it for me, he’s losing. Then he will somehow “earn” a title match somehow in a few months.

Drewcifer Jones: This is just the beginning. I hope it takes Cody 6 months to get the title. Jericho wins to keep this feud going.

Lee G: Cody wins the title! That promo he cut on Dynamite was amazing. He and Jericho will tear the house down.

Jamie B: World title – I love a little bit of the bubbly! For me, Jericho is where it’s at right now. He’s getting the win tomorrow.

Ben Shearin: Jericho here. It’s too early to take the title off of him and it’s too early for Cody to be the champion of his own company. Jericho retains.

Chad French: I hope they keep Omega on a losing streak until he turns on his Elite buddies. I like heel Omega better than weirdo babyface Omega. Moxley takes this.

Drewcifer Jones: Kenny gets his first big win in AEW. This will be spectacular. Over/under on table spots is at 2.5.

Lee G: Moxley wins this. But Omega is gonna fuck him up real bad. Watch!

Jamie B: Screw Omega. Moxley all the way. I can’t quite stop myself from calling him by his former name day in and day out, but I’m so glad he’s over in AEW and shining.

Ben Shearin: This is a toss up to me, but I’ll go Moxley since it’s his type of match.

Chad French: I heard all kinds of good things about this women’s division but um…I’m not seeing it yet. Riho retains because Emi isn’t a dentist.

Drewcifer Jones: Riho will lose her title. They’re searching for who will be the stars of the women’s division going forward. The title changing hands is part of that.

Jamie B:  I hate to be that person, but Riho’s matches all look the same to me. Pulling for Sakura.

Ben Shearin: Riho for the same reason as Jericho. Too early to drop the title.

Chad French: The Bucks can take a million losses and still be over with that crowd. They will here.

Drewcifer Jones: This match will be on the same level as Bucks vs Lucha Bros. Insane spots one after another. I think PNP will win to build them up for a title hunt.

Jamie B: This should be a fun and flippy match. Young Bucks have the edge here.

Ben Shearin: I’ll take PnP here. Young Bucks can eat a loss here, as I assume we’re getting some form of War Games in the coming months.

Chad French: PAC is a god among men but he can take the loss way easier than Page can right now. They want that kid to be a star and he needs to start looking like a top guy to get there.

Drewcifer Jones: It’s hard to call this one. Both wrestlers are future top guys for AEW. I think PAC needs to win through a brutal beating to get some heat on Page.

Lee G: Pac is a madman. But Hangman Page will make him pay. When the lights go off, this will be remembered as the match of the night!

Jamie B:  I hate Pac’s name, I hate his gimmick, I dig his wrestling. Reluctantly choosing Pac for the victory.

Ben Shearin: This is my one toss up, but I’ll go Pac. But this isn’t the last of these guys going at it.

Chad French: They should and will do what they should have done from the beginning and get the belts on the Luchas. SCU should be putting guys over, not the other way around and Private Party will have their day in the sun.

Drewcifer Jones: SCU retains. Their tag division is insane. I think this win will lead to a feud with PNP.

Jamie B: Three very strong teams! I think the Lucha Brothers will win, but I am pulling for SCU.

Ben Shearin:  SCU retains. But honestly, it wouldn’t shock me if they put the titles on the Lucha Bros.

Chad French: Joey has a long way to go in this sport. Spears needs to be a star NOW and has to keep his momentum going. Tully’s guy takes this.

Drewcifer Jones: This is my “Who could possibly care?” Match of the week. It would be smart to give this win to Spears. He’s been on a losing streak in big matches for awhile. Spears wins after using the chair behind the ref’s back.

Lee G: I’ll give this one to Joey Janela.

Jamie B:  I’m pretty excited for this match. I’m a fan of both, but I think Spears will come out on top.

Ben Shearin: The Chairman is on a roll currently, it continues here.

I think we are all looking forward to tomorrow and to see how right and or wrong that we were. Thanks to everyone for reading and please come back soon!