The first of two HUGE nights from SHIMMER. 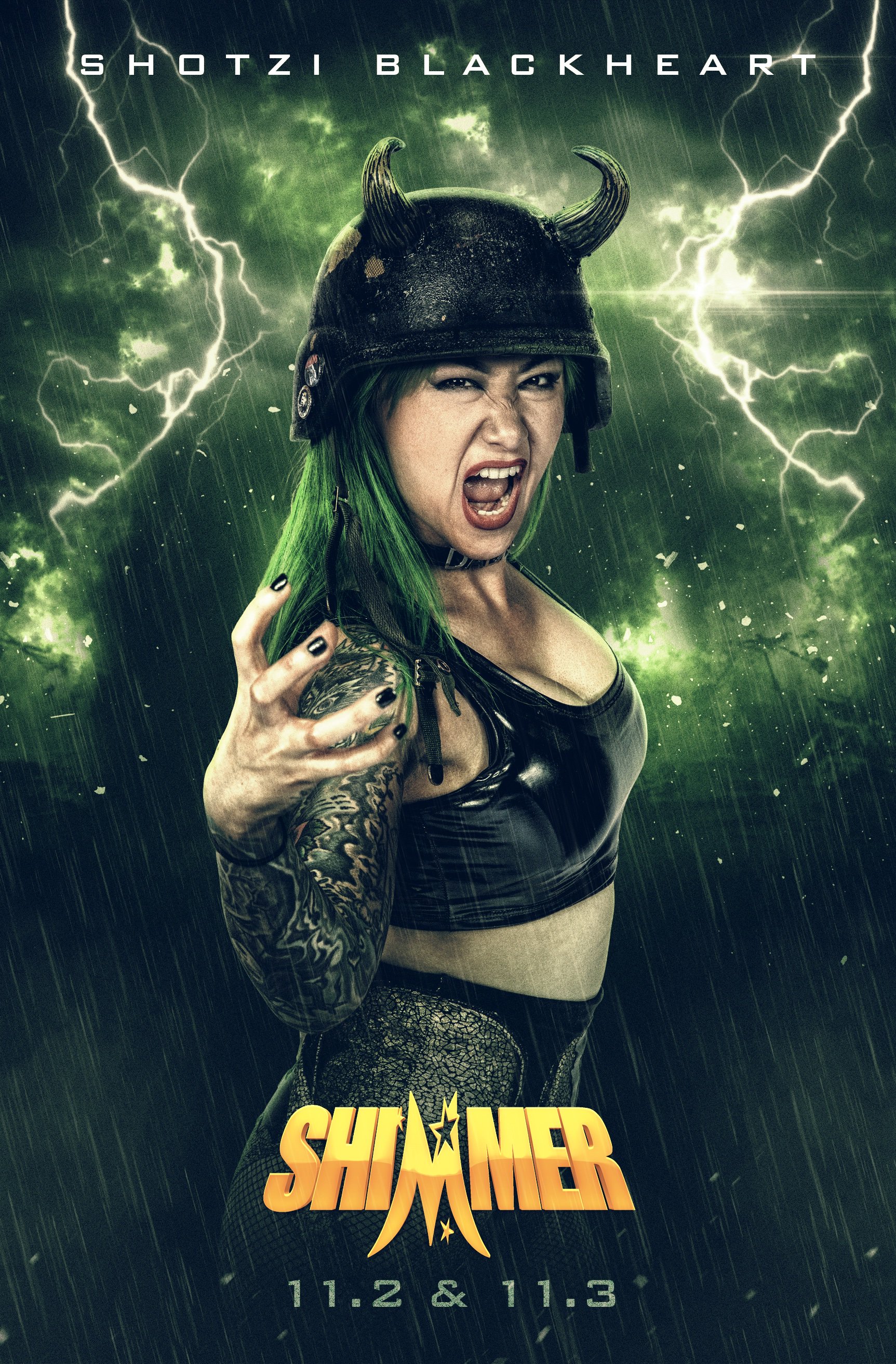 SHIMMER – WOMEN ATHLETES returns to the Berwyn Eagles Club (6309 26th Street) in Berwyn, IL on Saturday & Sunday, November 2nd & 3rd, for SHIMMER 114-117! Bell time each day is Noon CT. Two full length events in the SHIMMER series are filmed each day, with an intermission (which doubles as a meet & greet with the wrestlers) in between. Join us in Berwyn as we celebrate 14 years of live SHIMMER action in the Chicagoland area! Visit www.SHIMMERwrestling.com to secure your seats.

These events will feature Shotzi Blackheart’s final independent matches before her WWE contract kicks in!

If you would like to support us by getting some merch just click right  here. We can use all the support that we can get and appreciate it greatly.