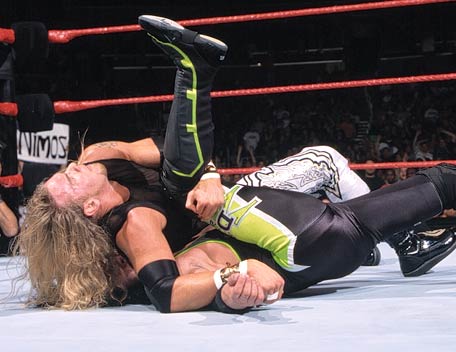 The announcers kept harping on the champs being the underdogs in this match but it was painfully obvious that DX was running on borrowed time. DX as a concept was fading quickly and they couldn’t compete in the ring with E+C or as personalities. They did have a sweet new Run DMC theme song though. The match itself was nothing to write home about with the real standout moments being JR mentioning an XFL fair catch and X-Pac bleeding like a stuck pig. The poor XFL didn’t have a chance but much like DX it would return.

This was one of the most remembered if not best match that either Dean or Scotty had in the fed. If Dean Malenko was either 6 foot 3 or had any charisma he would have been World Champion. Unfortunately this was going to be as high as he would get in the WWE at that point due to Vince being Vince. Scotty was a crazy man for taking a DDT from the top rope like that. Hell of a match. 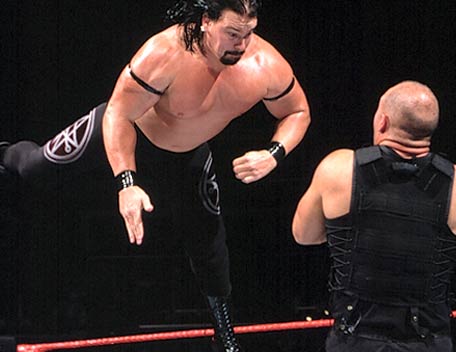 Bossman and Buchanon were dressed like the two ugly members of the Shield that were kept in the shed out back. This match was so boring that the previous joke may be the only thing I took out of it unfortunately. Oh there are like 13 freckles on my right arm…exciting match. Woof.

Winner: Buchanon pins Bradshaw after a shot with a nightstick and scissors kick off the top rope. 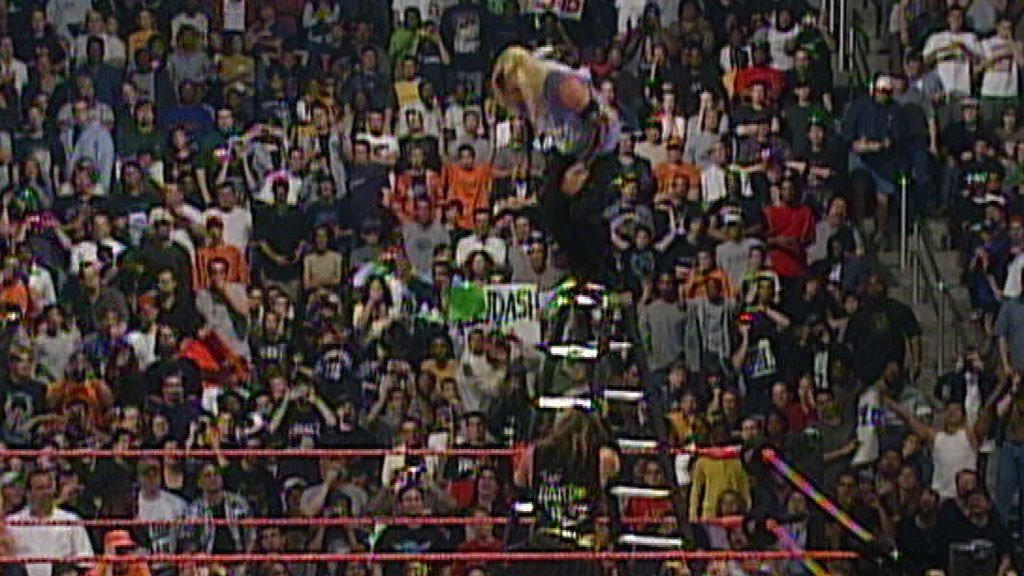 This was literally every WWE hardcore match from this time frame. Hit a guy with stuff, walk around a bit then repeat the process until everyone gets tired of getting smacked with trashcan lids. It was entertaining for what it was but wasn’t going to change the world or anything. I really feel that WWE missed the boat by adding four more z’s to Tazzzzzz’s name.

Winner: Crash pins Tazz after a stop sign from Saturn. 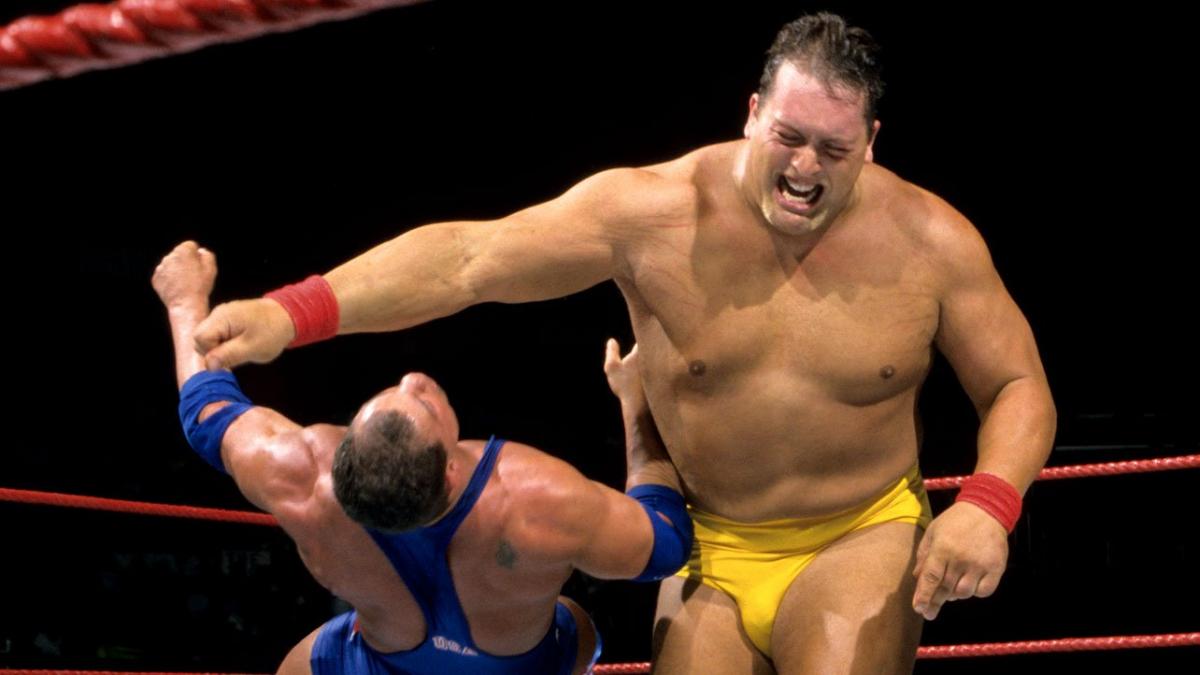 Kurt Angle vs The Big Show

Kurt Angle was amazing at everything as always. Big Show was in his dress up and be funny phase here, as he came out to Real American and dressed as The Showster brother. He nailed Hulks mannerisms and voice perfectly. The crowd even chanted for Hogan. Kurt was great here trying to be the serious foil to Shows antics.Not perfect or anything but if you don’t have fun with this I’m not sure what to tell you. 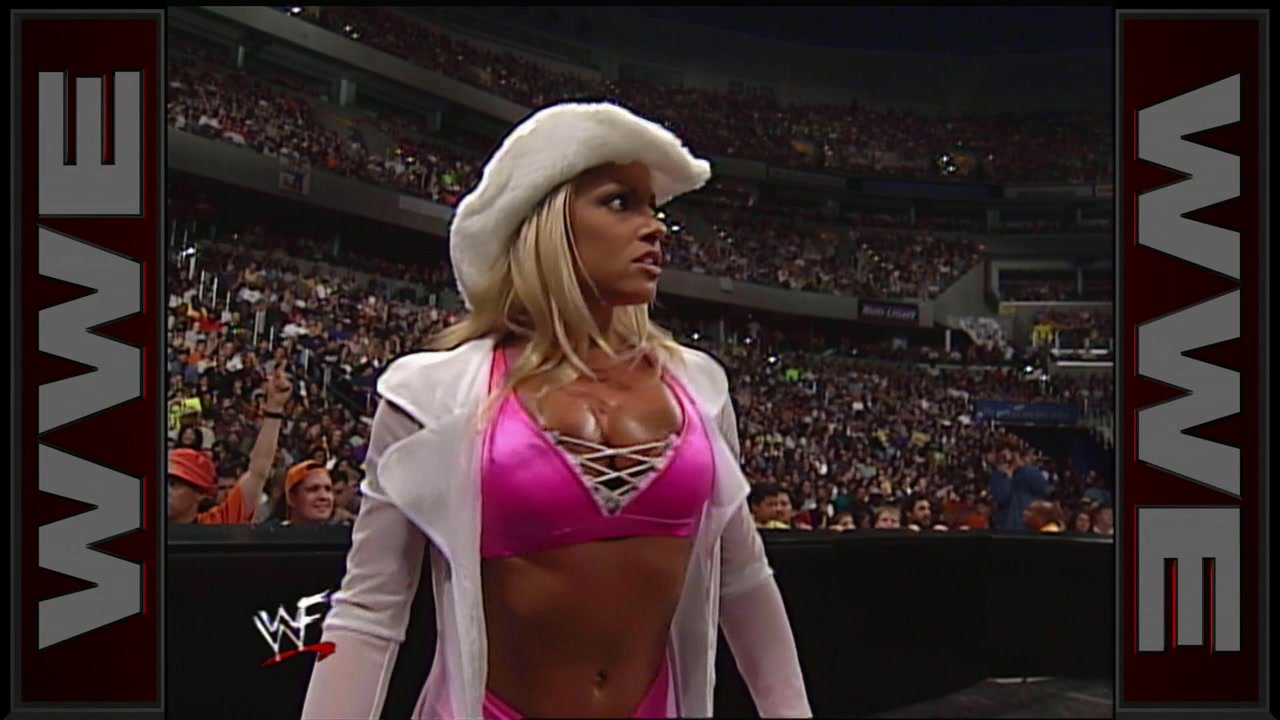 This was during the time when the Dudleys were power bombing women through tables and Trish was the Holy Grail that kept getting. Trish continually using her hotness to trick Bubba was a genius plan. In his defense she was (and is) really hot. See above photo for details. The hotness wore off apparently on this night as he finally got to put her through a table and she had to be carried out on a stretcher. Remember, power bombing a lady for being hot made them the GOOD guys in 2000. Weird times all around in the WWE.

This was during the oh so subtle “Latino Heat” version of Eddie where he spoke like Cheech and called Chyna his “Mamacita”. I’m sure President Trump hated his character. Eddie’s personality carried this otherwise average match. Essa Rios was totally out of his league here with the only thing he brought to the match being Lita and her oiled up breasts. (This was a recurring theme on the night, if your tits were out they better oil them up apparently. It does seem like a solid boob policy if such things existed.)

These two seemingly had hundreds of matches and none of them were bad. The ending was just ridiculously stupid. If it were two lesser wrestlers then it would have ruined the match. Technically this was good before the ending but Chris Benoit matches continue to be weird for me to watch. Sensing they were losing the crowd Jericho put the referee in the Walls after it was over for his stupid decision making. Eh.

Winner: Benoit wins by DQ after he head butts the belt. 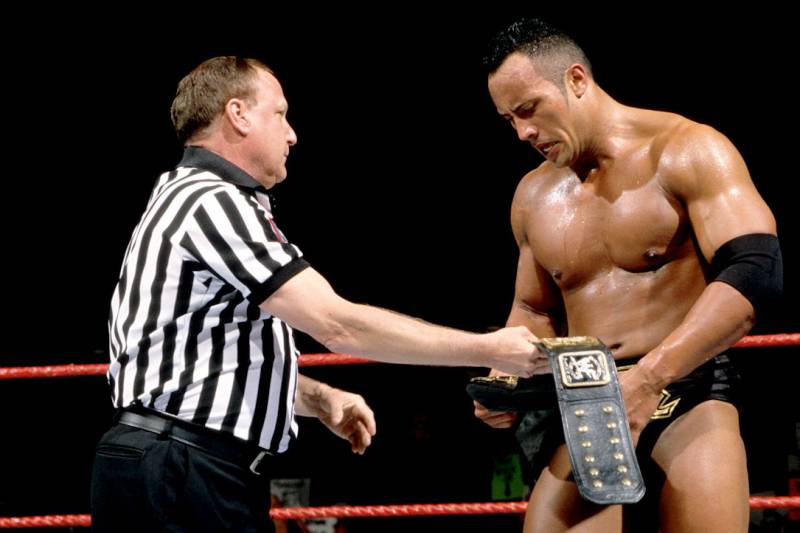 Everything about this match worked and made up for Rock not winning at Wrestlemania. The evil McMahons got what they had coming to them. Steve Austin got one of the loudest reactions ever and most definitely the loudest for a man with a beer gut like the one he had at the time. He looked like me out there.  With all the odds stacked against him the good guy won and that’s why people still watch wrestling. The only negatives were the announcers making jokes about the gay pride parade that occurred earlier in the day and mocking Pat Patterson about it. That was kind of gross of you year 2000. 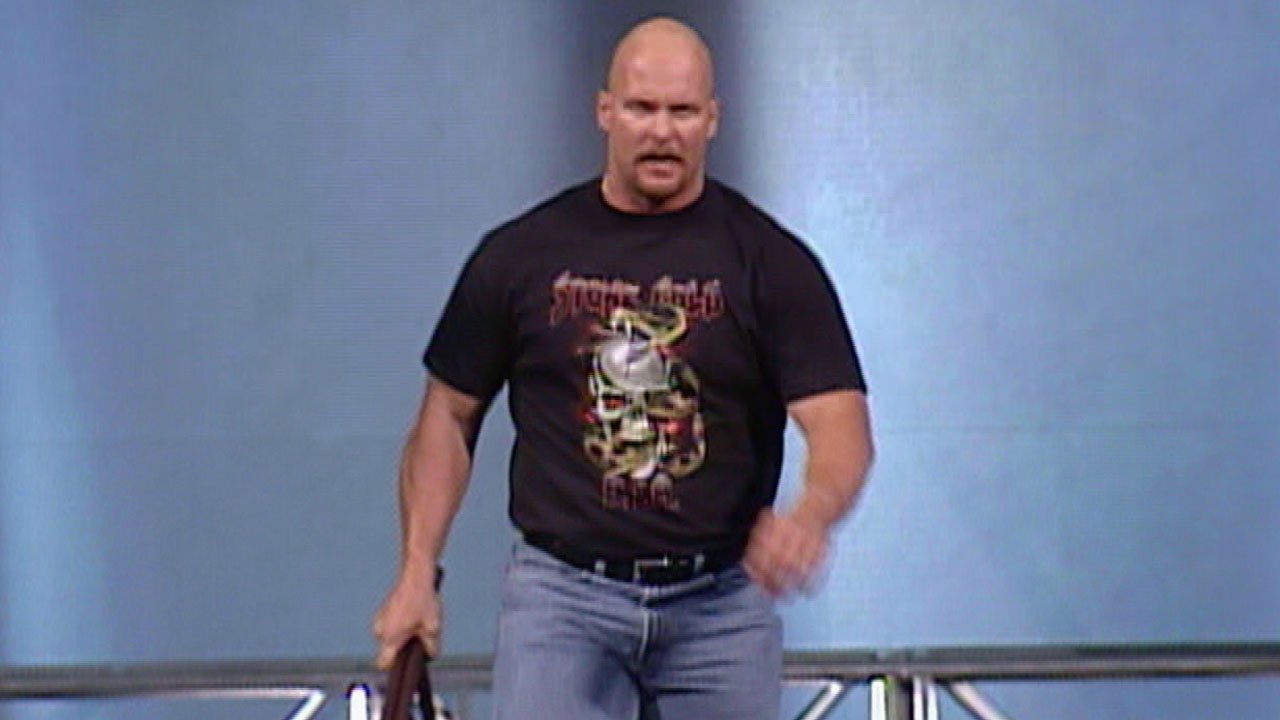 Overall Thoughts:  The things they do and mock at times on these older events make me kind of sad, and then they throw something at you like that main even and make me remember why I watch this stuff. Rock vs HHH is always a thumbs up from me. I remembered liking this show more in the past though. Maybe I’m just getting grumpy instead of nostalgic.