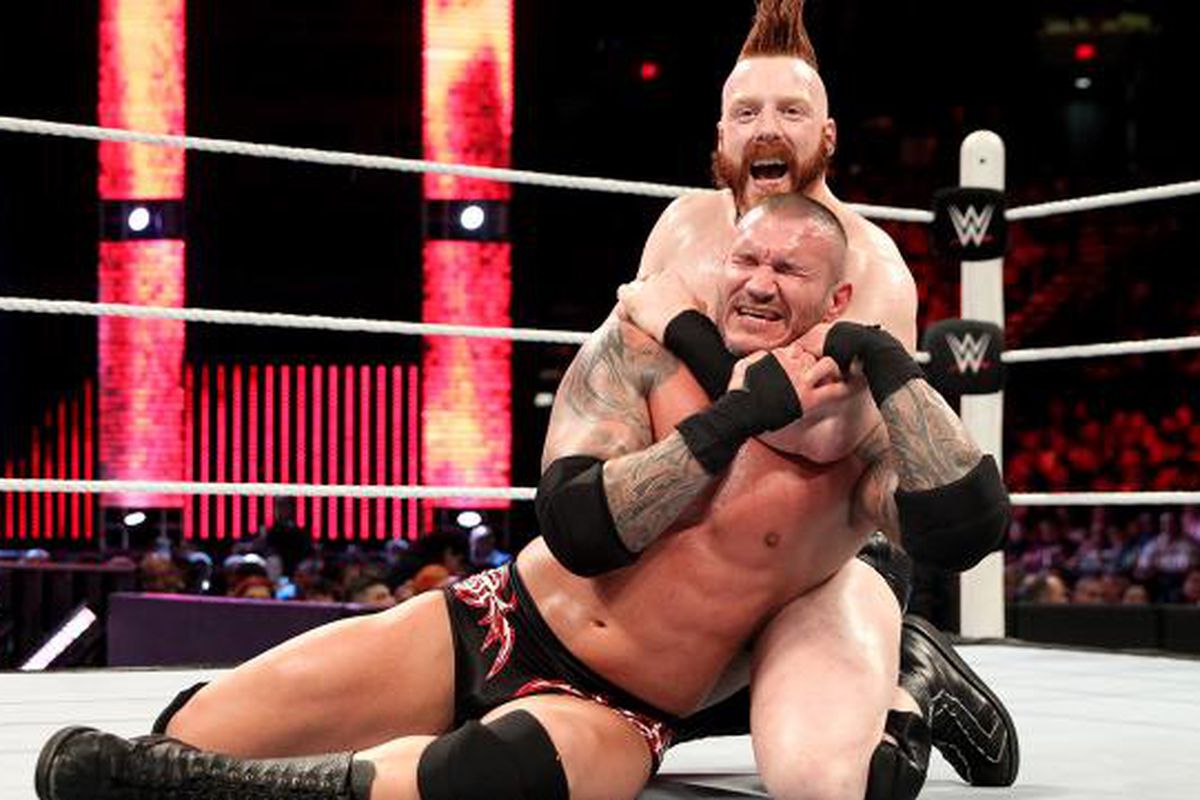 Randy got the big hometown pop as usual. Mr. Money in The Bank Sheamus got the “you look stupid” chant due to looking like Dr. Zoidberg (I eventually got used to it but then it was ridiculous). The match was fine but boring as hell. Crowd was more into it than I was because of Randy, but since he isn’t from my town I don’t have to pretend to care. The RKO as always is awesome though. If you can get away with just watching the last minute it is way better.

Winner: RKO out of nowhere. 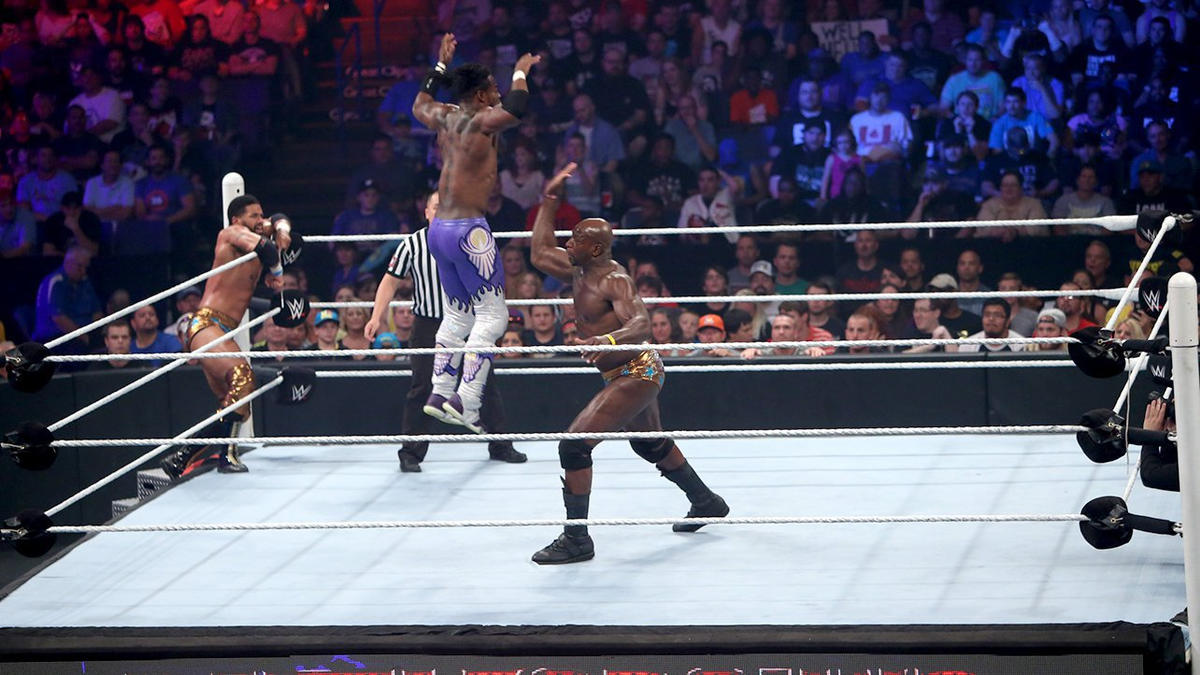 The New Day is amazing on the mic and drop both a Spike Lee and Don’t me a Menace reference in a short amount of time. The other good thing about the New Day is they are good in the ring, but they just aren’t good enough to carry the tag champs here. It wasn’t actively terrible but it’s nothing you would remember later. The match was fine and that’s about it. Kind of like this review if we are being honest.

Winner: PTPERs win after a Clash of the Titus on Big E. 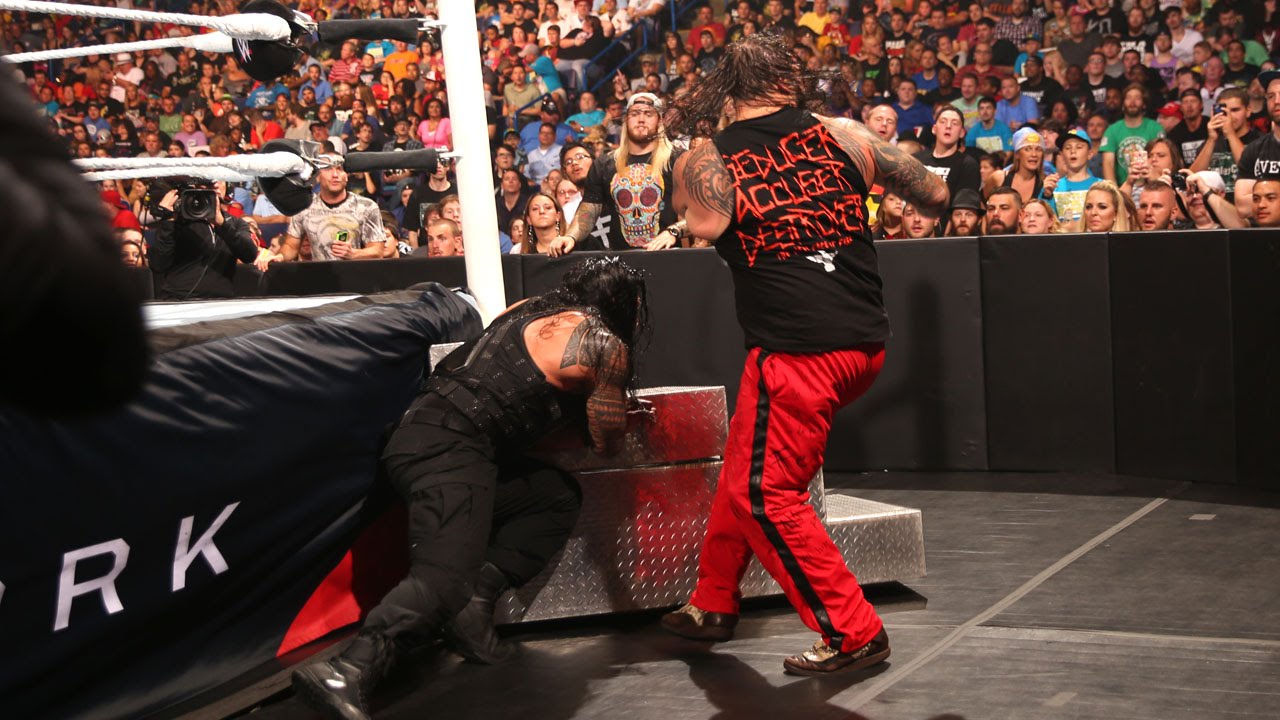 Solid match out of Bray, as he hung in there with Roman. Roman has proven he can have a good match with just about anyone. A “mystery man” attacked Roman and caused the Bray win. The mystery man was only a mystery to the announcers as you could see Luke Harper’s beard from the cheap seats. Great match for these two, and helped Bray gain back some of the mystique he had lost. Too bad they squandered it all away again. Now he has a spooky mask though so it’s fine. 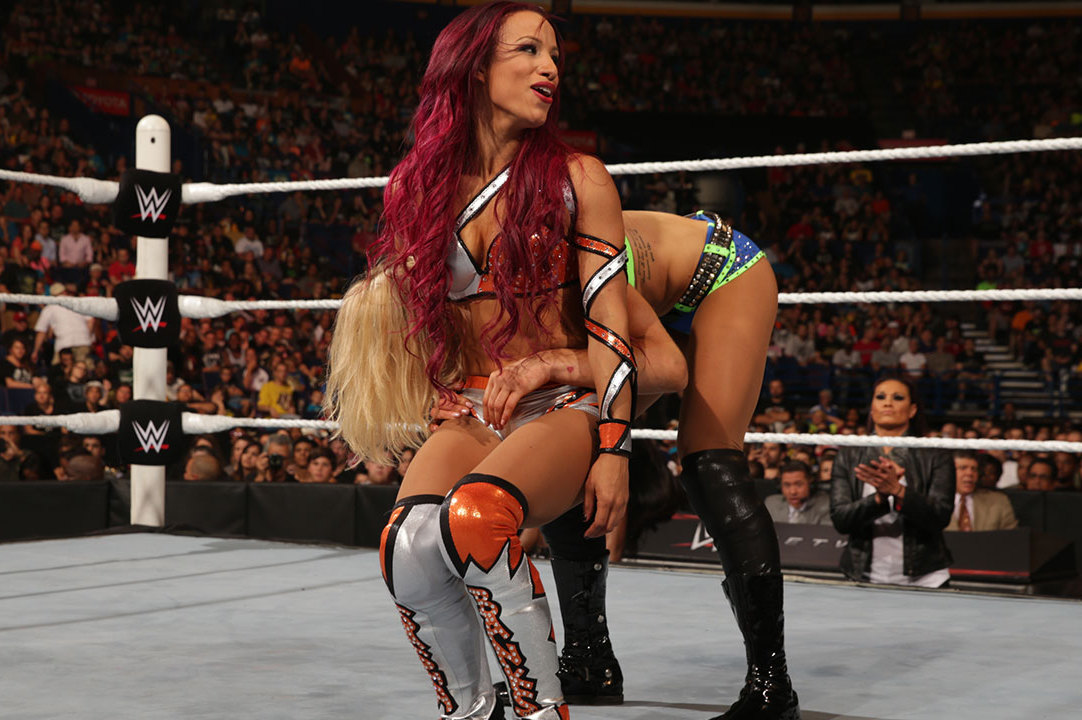 Decent match that made the Divas Revolution seem like something they were willing to give some time to. No idea why they had the worse Bella wrestle in this one.. Everyone did an OK job, but baby face Charlotte wasn’t working for her at the time. Not too shabby considering what they had been given in years past. Good show overall.

Winner: Charlotte made Brie tap to the Figure 8.

These two can’t have a bad match with each other. Both guys worked their asses off and made the crowd buy into everything they had to sell. The fact that Kevin Owens was able to pick up the WWE style as fast as he did was amazing. This was two guys at the top of their games giving everything they had to steal a show, and they succeeded. The wrong guy won though. I say that every time Owens loses though so don’t listen to me. 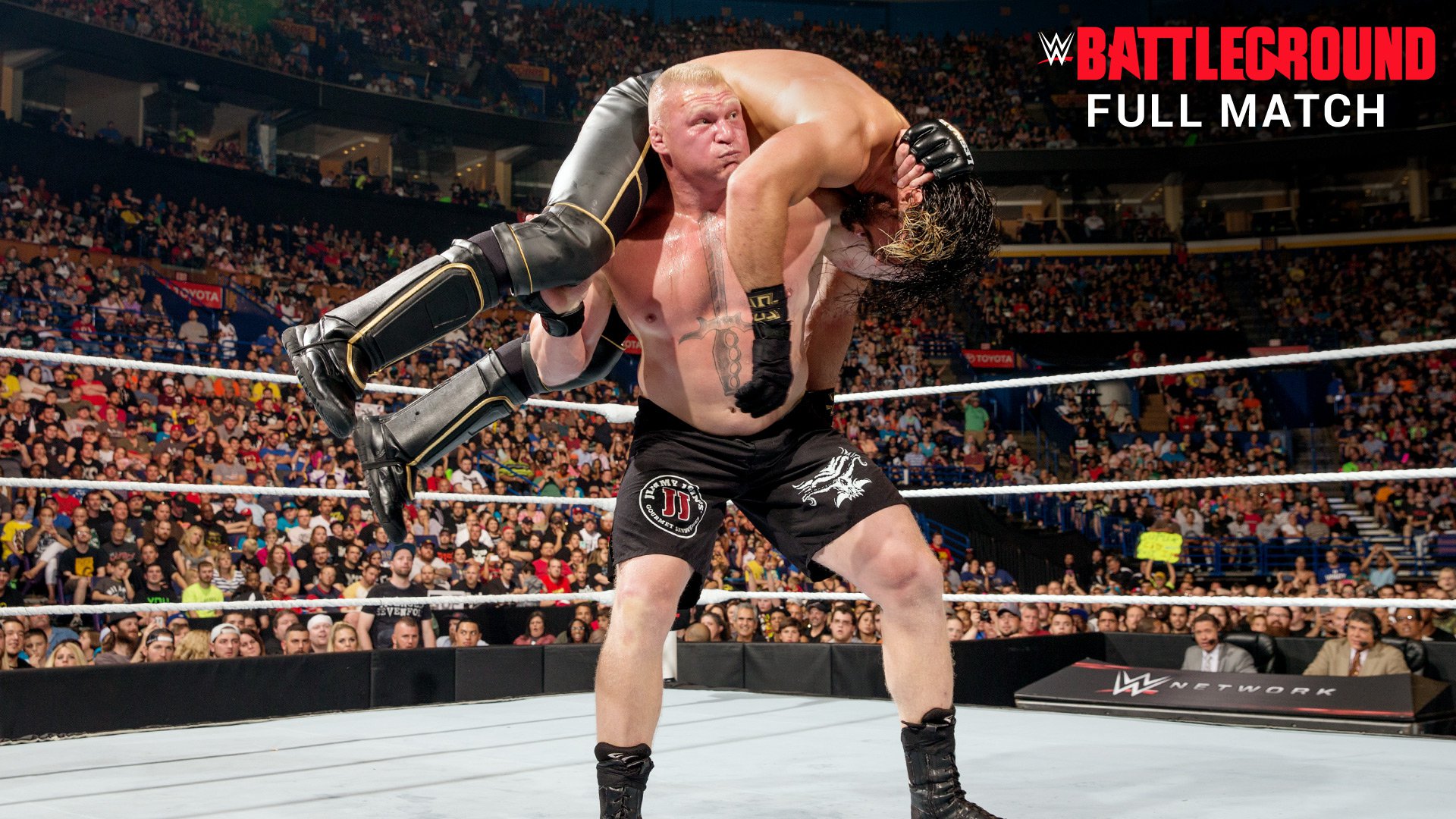 Brock hadn’t been pinned in 2.5 years prior to this match so no rational human being gave Seth a chance in Hell of walking out with the championship, and yet shit happens. Seth showed some heart in the beginning, but heart doesn’t matter after you start getting multiple suplexes. Brock is simply the most believable and scary wrestler I have ever seen in 30+ years as a fan, and Seth um…is in good shape? Until the Undertaker showed up and cost Brock the match this was a squash in every sense of the word. The ending set up Summer Slam and beyond so it did its job well. After the match Taker gave Brock 2 Tombstones and soaked in some chants. Big Summer Slam rematch was imminent.

Winner: Brock wins by DQ after the Undertaker returns from the dead and kicks him in the balls.

Overall Thoughts: This PPV had several awesome matches, and did what it was designed to do, which was set up Summer Slam in the biggest way possible. I really liked this show because it told its own story while making me want to re-watch Summer Slam. When WWE says episodic television, this is the type of thing they should aspire to. I wish they could do a program like this every week.