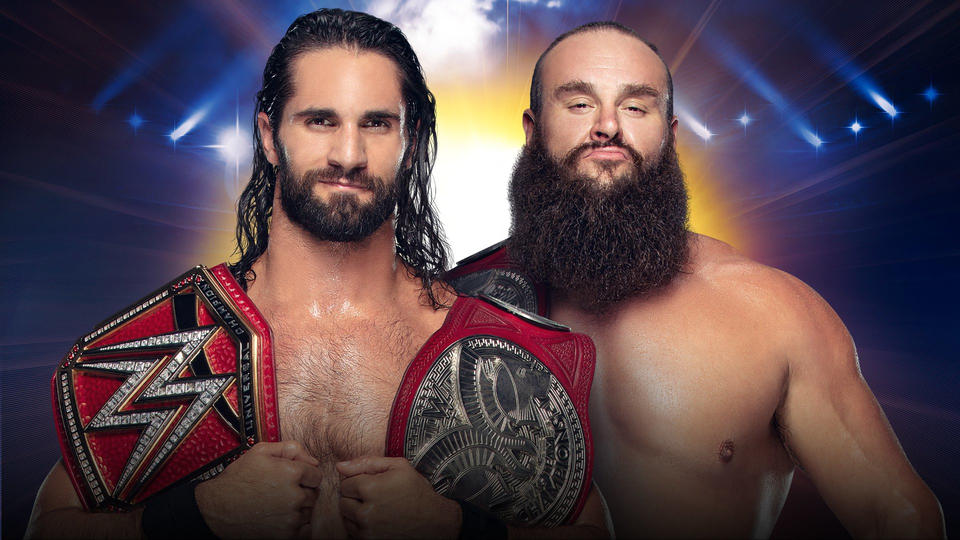 Chad French: I think we get Universal Champion Fiend soon so Seth retains before the AJ feud starts after Hell in a Cell.

Drewcifer Jones: DQ finish. Keeps both strong and sets up another match for down the road.

Anthony Harper: I have some strong potential down the road implications for this match, but I’ll have to see more from creative before I’ll give that more thought. Give me Rollins, but with some funny business. Double count out or a tag team interferes or something like that.

Jamie B: I am not emotionally strong enough to see Strowman get yet another title shot and fail to capture the gold. This guy is so over, and while I’m glad he is again holding the tag title, I need more. Please let it be Strowman tonight.

Ben Shearin: I’m gonna go with Seth here. Idk how, however. I don’t think it’ll be a clean win. Maybe Brock shows up? 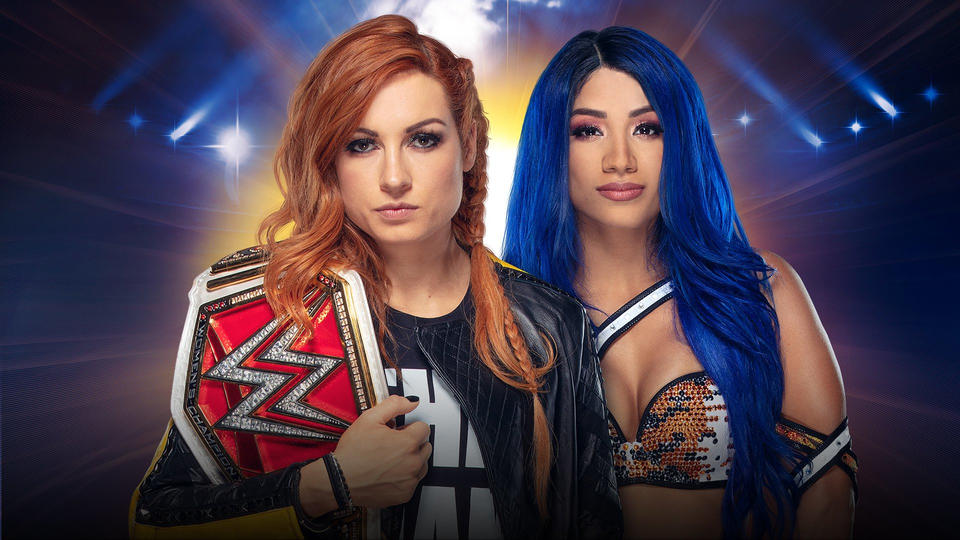 Chad French: Sasha has to take this so my fan fic of her and Bayley holding all the titles comes true.

Drewcifer Jones: I’d actually be interested to see how The Man handles adversity and losing her title. WWE isn’t that complicated though. Becky retains.

Anthony Harper: Sasha won’t be rewarded just yet, so give me Becky.

Jamie B: I remember when I dyed my hair blue last year. I became Super Strong and developed Big Anger. So I’m not surprised that Banks is now incredibly driven to win the title and is not letting anything get in her way. Sigh. Based solely on my dislike for Hair Color Makes You Better And Different, I’m choosing Lynch. 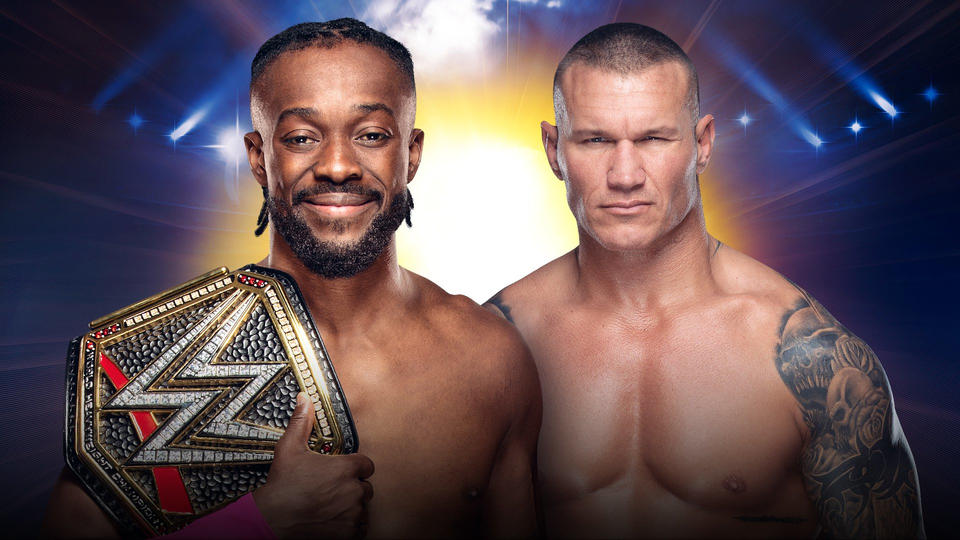 Chad French: With the FOX move imminent there is only one BEAST they want with that belt. So it is written so shall it be done. Kofi survives.

Drewcifer Jones: A place holder feud to put another notch in the belt of Kofi’s title reign. Kofi wins.

Anthony Harper: I love Randy, love, but Kofi beats Randy in a fun back and fourth match.

Jamie B: I hate that I’m not stoked for this match because it should be great, I just don’t see why it has to be Orton. I guess I’ll go with Kingston. 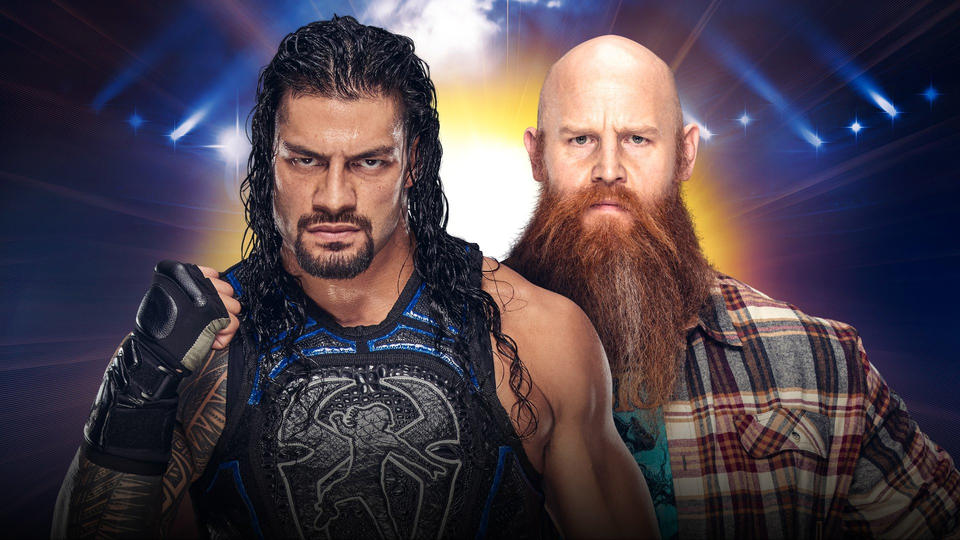 Drewcifer Jones: Daniel Bryan is going to help Rowan win this match. The amazing thing about this story is how awful and nonsensical it’s been. Daniel Bryan has somehow made it entertaining for me. Rowan wins.

Anthony Harper: There’s a reason this is a match, but I’m not sure why??? We will find out this match though, so give me Rowan with shenanigans.

Jamie B: I hope Fake Rowan is ringside. I’m assuming we’re going to get Reigns v Bryan down the road somewhere, so I think Reigns takes this one and then goes after Bryan.

Ben Shearin: I think the no dq stipulation protects Roman in the loss here. Daniel Bryan will help Rowan, even after Rowan destroyed him. 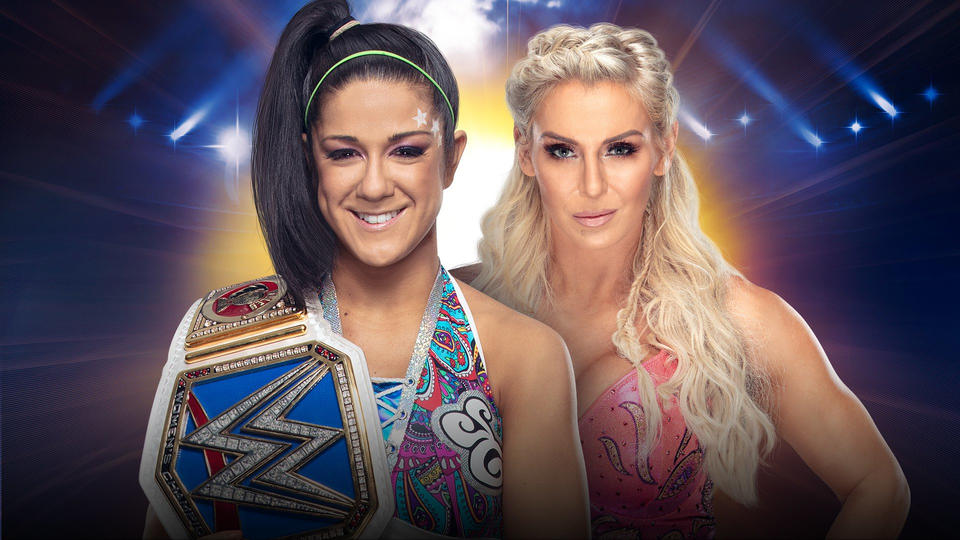 Chad French: See my Sasha/Becky prediction. There will be shenanigans.

Drewcifer Jones: Bayley just got the title. Her reign of terror needs to continue for awhile before we get a big 4 Horsewomen blow off at mania. Bayley wins.

Anthony Harper: I can’t imagine Bayley turned heeled without knowing it would help her keep the belt. Bayley plays dirty and wins 1… 2… 3!

Jamie B: OH GOOD CHARLOTTE GETS ANOTHER TITLE SHOT. I think Bayley losing the title might do her some good in changing her character up some, so I’ll go with Flair.

Ben Shearin: Charlotte, but she won’t win the title. 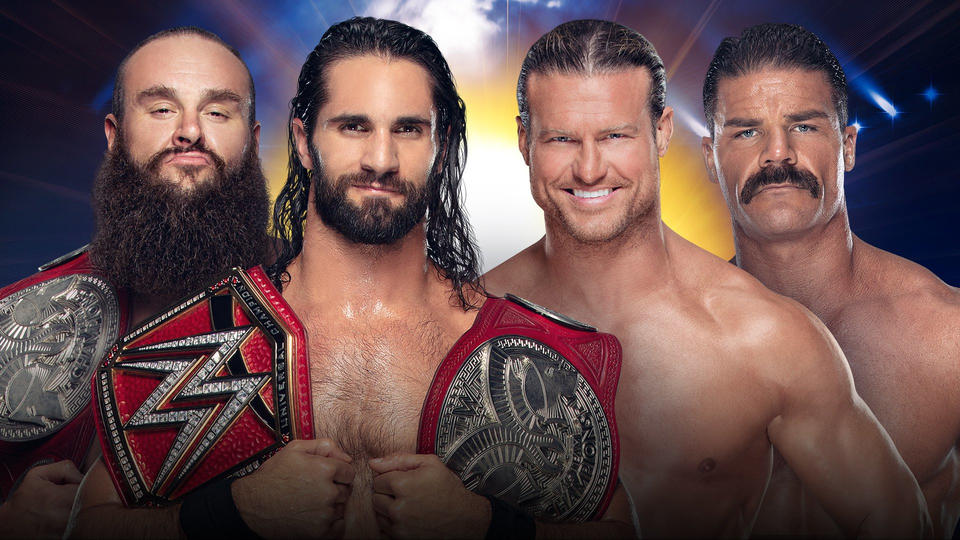 Chad French: I think the champs keep it because no one can take Cheer Money (not my joke) seriously.

Drewcifer Jones: This is my “who could possible care” match of the week. Ziggler and Rooooooooo win because someone has to.

Anthony Harper: If Braun beats Rollins, I would say Seth & Braun, but I have Rollins winning which means… Zig and Roode (why are they a thing??) find a way to pick up the win.

Jamie B: There are simply too many people in this match that I like, which makes it difficult to choose. I would like to see what Ziggler and Roode can do with those titles though; hopefully they go over. 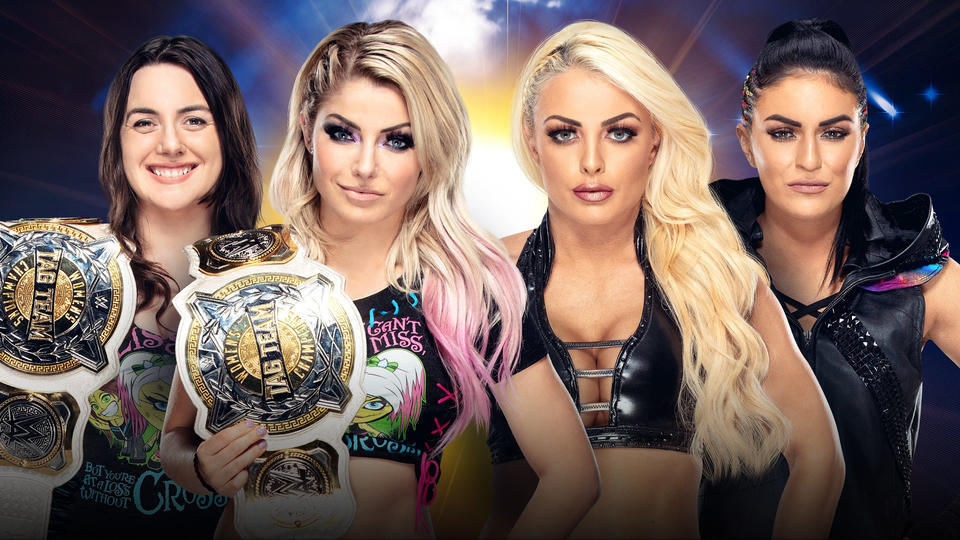 Drewcifer Jones: Fire and Desire are going to win this match. I really like them for some reason. Just can’t put my finger on it (probably because of the restraining order).

Anthony Harper: Alexa and Cross win, this is a squash match.

Jamie B: And cue Corey Graves saying pervy nonsense about Mandy Rose. Sigh. I think Bliss and Cross retain; they still have a lot to do as champs.

Ben Shearin: Alexa Bliss and Nikki Cross retain here. I think this will lead to Bayley and Sasha going after the titles soon. 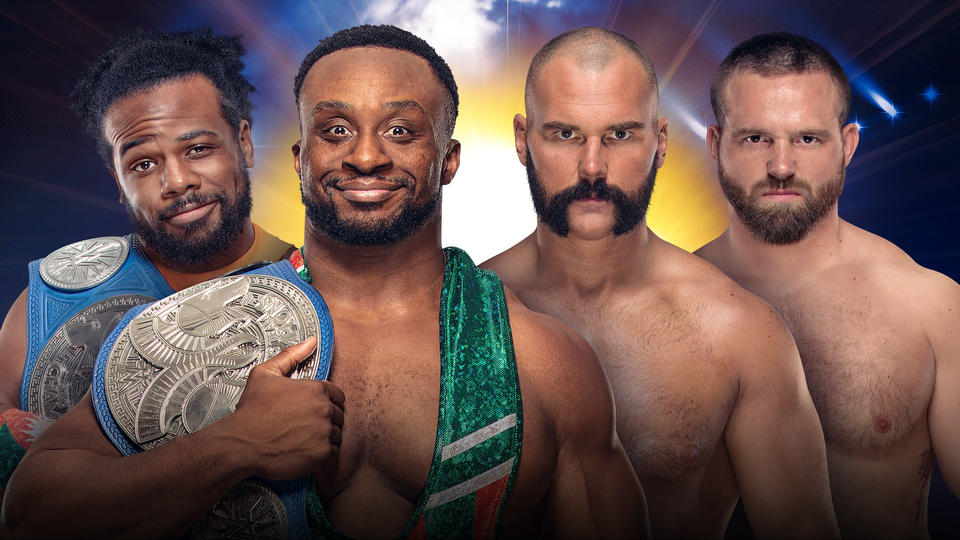 Chad French: Since everyone else picked the REvival I’m taking New Day. Also WWE has proven they care about New Day and give less than a crap about protecting the Revival.

Drewcifer Jones: The Revival win. Hopefully that will set the New Day on the path to self destruction.

Anthony Harper: Big E turns heel and it will be a New Day. The Revival win as E turns on Xavier.

Jamie B: Stop burying The Revival and give them back the straps! Don’t get me wrong, I love the New Day, but I want to really see what The Revival can do, and we just haven’t had much of that on the main roster.

Ben Shearin: The Revival. No reason, I just really like these dudes. 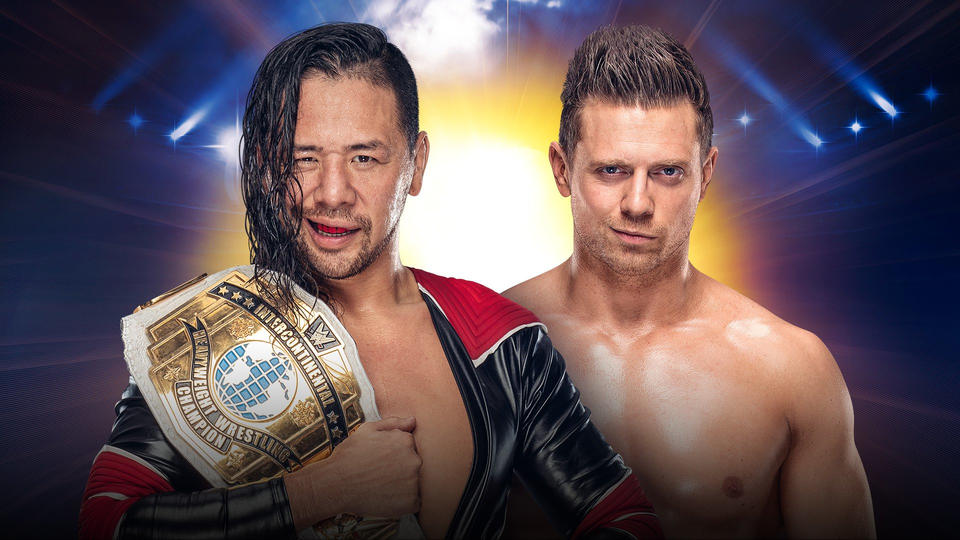 Chad French: I love that they have given Nakamura a fun run with the belt. Buuuuuut. WWE gonna WWE and currently the guy who has the most IC titles is AEW Champ so Miz wins to tie and then break that record soon.

Drewcifer Jones: Nakamura wins. His new character with Sami Zayn just started. I think this will go on for quite some time.

Anthony Harper: The Miz wants a belt, which means he gets a belt.

Jamie B: In honor of my man, who hates the Miz with a burning passion, I’m going with Nakamura winning.

Ben Shearin: Shinsuke. They’ve been building him up recently and it’d be too soon to take it off of him. 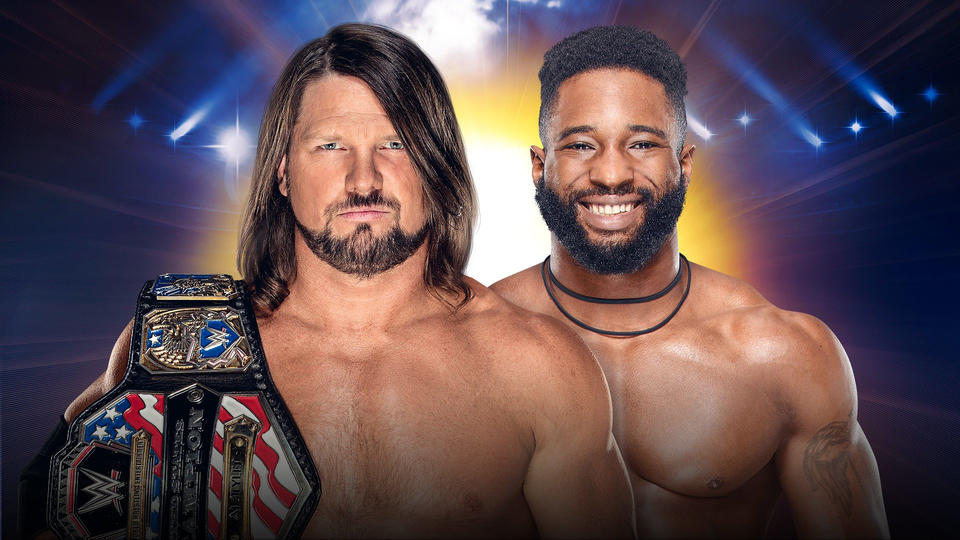 Chad French: I don’t know man…give Ced a moment. I think AJ/Seth is coming but not sure if it needs a belt.

Drewcifer Jones: God damn this will be tremendous. AJ will win of course. They’ll make it look like Cedric has a chance with a masterful match guaranteed.

Anthony Harper: Match of the night hands down! This is a big push match for Cedric, reminds me of Kofi v DB. AJ wins this round, but everyone will be talking about this match.

Jamie B: Alexander is winning. I think Styles needs to drop the title in order to fuel his anger and make him and the O.C. even stronger.

Ben Shearin: AJ Styles retains, but this will be match of the night. 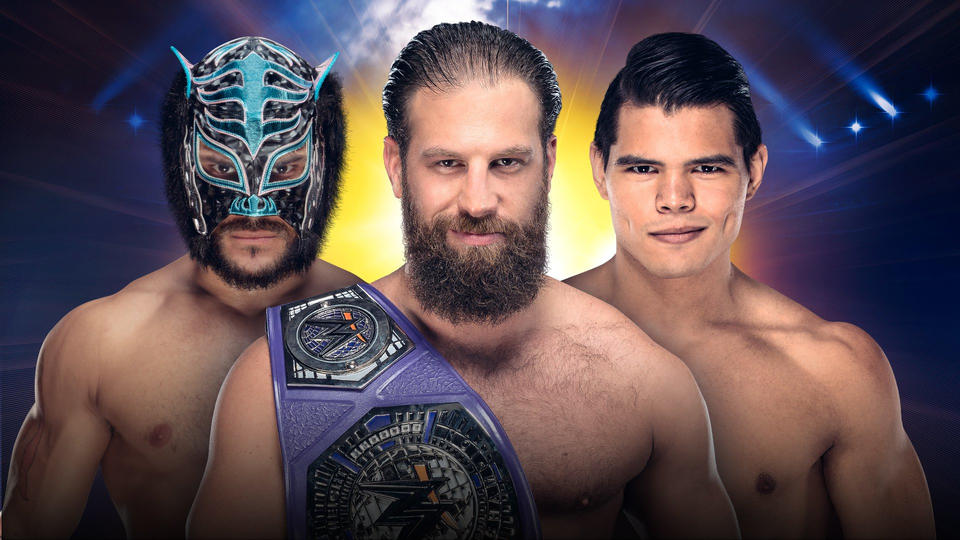 Drewcifer Jones: Gulak needs more wins under his belt. His title reign has been a blast. He’s slowly becoming one of the best wrestlers in WWE.

Anthony Harper: Not too aware of this, so I’ll go with Drew.

Jamie B: I wish I had time to watch 205 Live so I was up to date on my cruiserweights. I’m going with Gulak retaining. I think they’re going to save a big title change for when NXT goes live.

Ben Shearin: Gulak. No way he drops it here.