This was the final Armageddon and only one in HD. 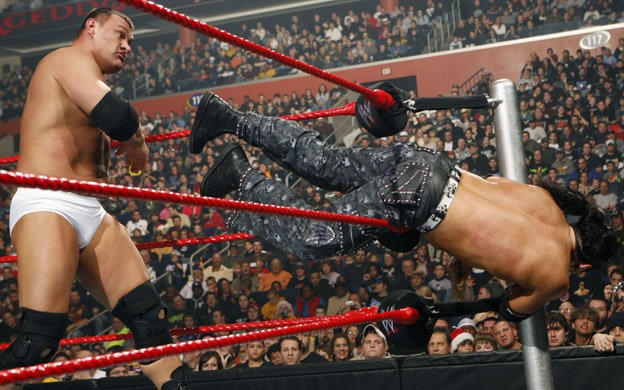 Koslov was undefeated for 8 months and was built to be an unstoppable brute. The idea of keeping Koslov unbeaten was a good one except for the second year in a row the ECW Champion was made to look like a chump at this event. It’s almost as if they wanted that brand to die. Plus, Koslov didn’t entertain me until he became Santino’s wacky sidekick. He was awesome in that role. Nice guy too.

Both guys looked really strong here in an effort to get the title shot at Regal. Punk looked like he belonged with Mysterio, which did a lot for him in the eyes of the fans. These two would have better matches against each other in the future. Fun stuff. I wish Punk would come back, he probably has one more good run in him.

Winner: Punk pins Rey after hitting the Go to Sleep. 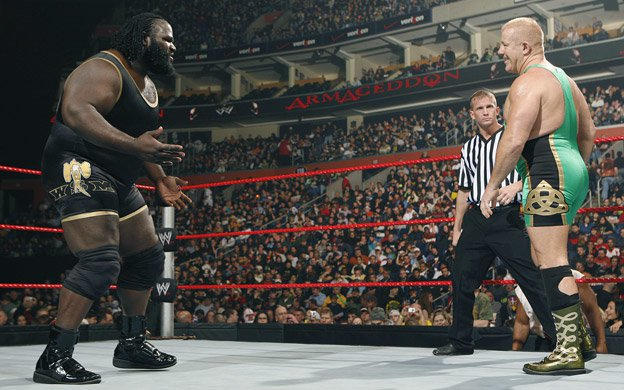 This match made Mark Henry look like a monster, and for the second year in a row Finlay had to fight a beast. A shorter beast this year, but still a beast. Match was nothing to write home about but at least ECW got more than one match this year. I guess that’s a positive. I love both of these dudes. 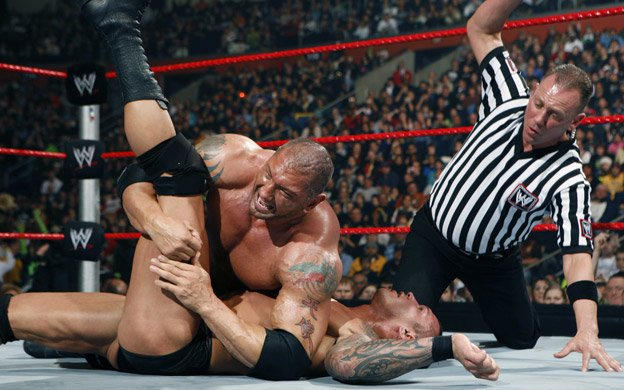 This match had a big fight atmosphere as the announcers harped on it being four years in the making. This marked the Armageddon debut of the new Orton theme song “Voices” and him being with a beta version of Legacy here. Good solid match that lived up to the hype. Both guys ended up OK. I hear Batista was in a movie or something. 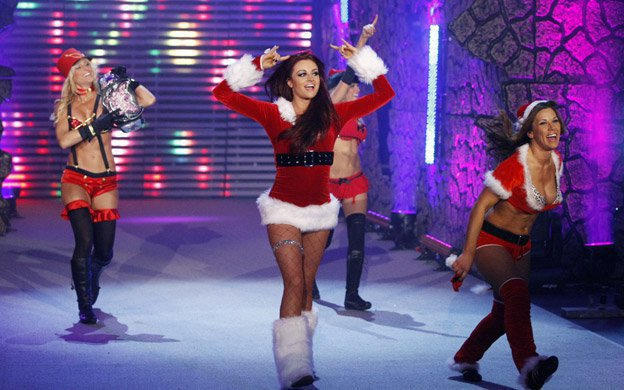 They were trying to get all the ladies on PPV. That’s kind of all they accomplished. The only story here was McCool acting heelish. Match itself was not so good. I’m typing this last sentence so that the list of participants isn’t longer than my match description. The Women’s Revolution is kinda real no matter what people think.

Jericho was doing an awesome heel character at this time and was entertaining as hell. This was a damn good match that would have been great with 10 more minutes. John Cena is an underrated performer and always has been. Jericho is close to the GOAT. I liked this a lot. I can’t believe of the two of these guys only Jericho is still going. 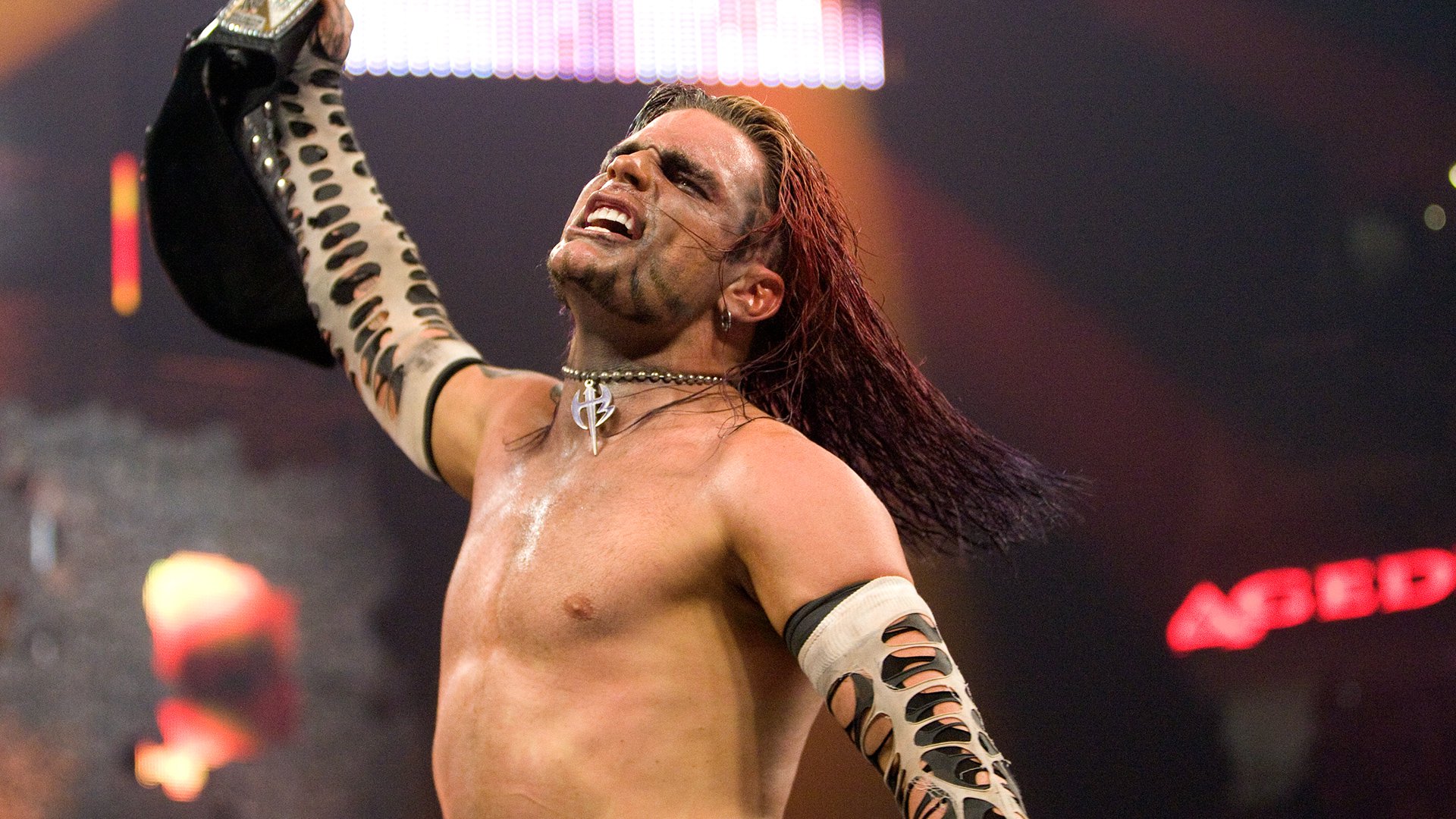 Awesome match and moment for Jeff Hardy, as the story they were trying to tell with him at the previous Armageddon paid off. Hardy finally wins the big one. This was a great ending to the match and PPV. If Jeff’s story would have ended there it would have been perfect. Unfortunately there have been a lot of ups and downs for the guy since then. For this night though, all the world was right. I hope Jeff’s real life is as happy as this moment made the people in that building. This was a MOMENT.

Winner: Hardy pins Edge after a Pedigree and Swanton.

Overall Thoughts: This was a solid PPV  that had several fun moments and closed out Armageddon as a concept on a winning note. I’m glad that once they had the full roster the shows lived up to their potential. You couldn’t ask for a happier ending to a show than the one this had. Jeff’s crowning achievement. Good stuff.