Booker T and Goldust were a sentimental favorite of the crowd and deserved the win here. You can tell the state of the RAW tag division since all of the teams beside the Dudleys were singles guys. Match itself was fine. Kind of unfortunate with some of the talent involved that this wasn’t a bit more memorable.

This made Edge look like a scrappy babyface fighting back from his injured knee. A-Train looked like a beast but this was his third different gimmick in the three Armageddon events to this point so I’m not sure how much it helped him losing here. Match was decent. I still think that Albert would have been fine with one gimmick and sticking with it but we still had several more to go. Edge had better times ahead of course.

Winner: Edge wins by DQ after A-Train hits Edge in his knee with a chair.

I personally could have done without all the Chavo interference. These two put on a wrestling clinic and I’m not sure they could have a bad match together. Great match. You could put these two in a phone booth drunk and they still would have had the match of the night up to this point, they were that good.

This was the very first PPV match for Batista and he delivered what was asked of him. The brother looked like a monster and Kane was a true professional in how good he made Batista look. Good big man match. WWE would have been smart keeping Ric in the manager role longer than they did he has so much knowledge he would have been a great mentor to plenty of guys like this. Except for the booze.

Short match that didn’t have time to impress. Victoria and Jackie are both solid and Trish was way improved from the previous year. All three of these women were capable of doing more but the Stephanie McMahon Is Great Revolution hadn’t started yet.

Winner: Victoria pins Jackie after hitting Trish with the belt.

Kurt Angle makes his Armageddon record 3-0 and 2-0 in championship matches. Angle looked great here as the scrappy babyface. Big Show looked more like a champion this go round which didn’t take a lot. Show couldn’t keep up with the pace set by Angle who I am convinced is superhuman. This win marked the 3rd WWE Championship for Angle. Good big vs little match the fact that both of these guys are both still around WWE in some capacity is awesome. 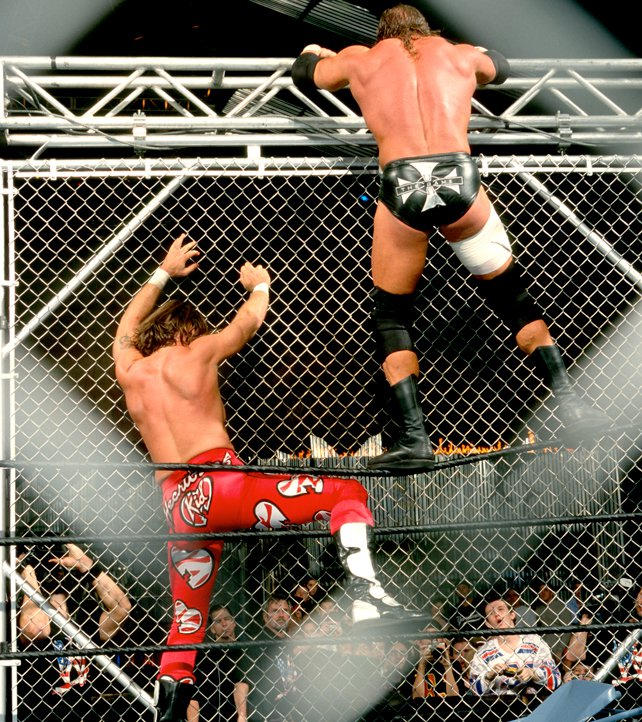 Awesome match from 2 guys used to working with each other. Shawn looked incredible and HHH wasn’t far behind. Both guys earned their pay as this was tremendous. I can’t believe these two, some matches they click like very few pairs ever have and at other times I would rather watch paint dry. They really brought it here.

Winner: In Fall 3 HHH wins the Ladder match and title by shoving Shawn off through 4 tables. 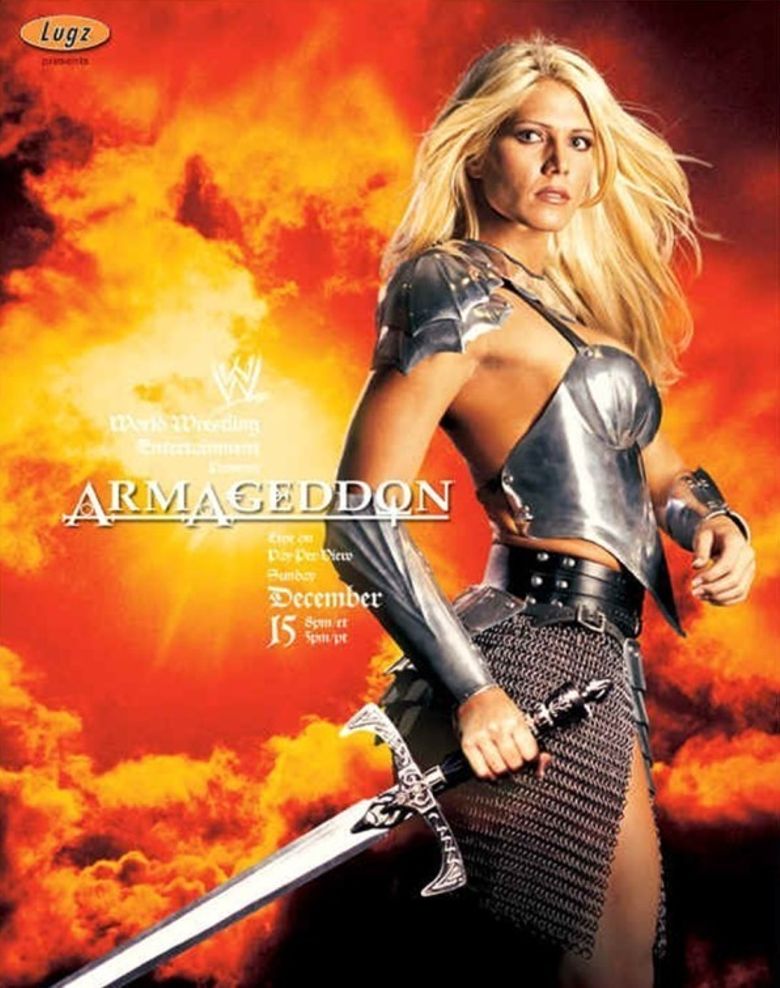 Overall Thoughts: Great PPV, two matches that were awesome and the rest was at least OK. Benoit vs Guerreo and the HHH vs HBK matches were show stppers (no pun intended). Everyone worked really hard and even the undercard matches meant something even if they didn’t blow you away in the ring. Good show overall and at the very least you should take a look at that main event.