The second biggest show on the WWE calendar is here! Sadly no one seems super excited for the biggest party of the summer. 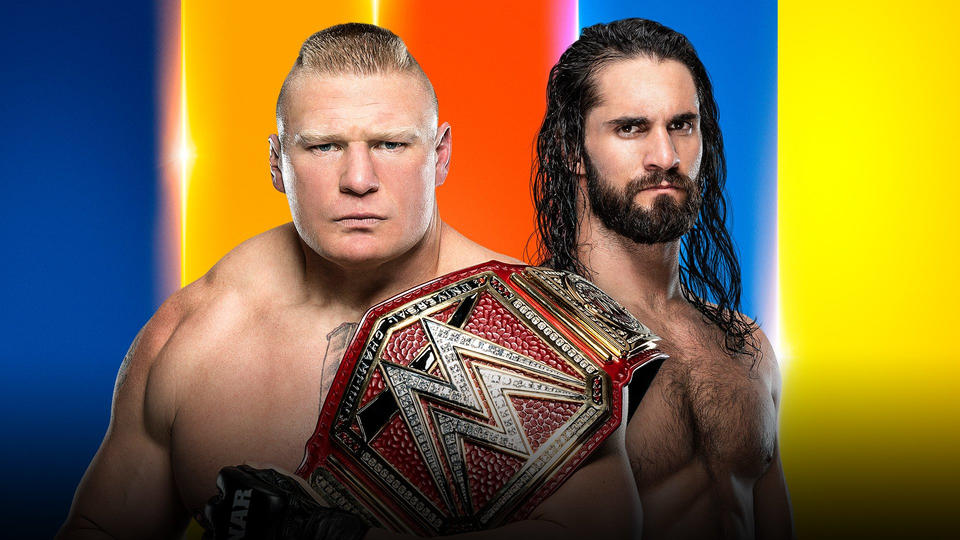 Chad French:  Seth promised a win but Brock doesn’t care about your (kids) promise. I’m torn as to what they are doing with Seth more than anything. Screw it. Put the belt back on the kid and at least give him the opportunity to try and build a reign that you gave Kofi. Look at the pushes since Mania and tell me Seth didn’t get a raw deal. Baron Corbin? GTFOH.

Drewcifer Jones: I think Lensar needs to win this match. I know this feud seems to be for the some reason of building Rollins, I think they will go the other way.

Anthony Harper: Seth guaranteed he would win, so as Paul would say, he gave a spoiler. Seth Freaking Rollins!

Jamie B: Lesnar destroyed Rollins last week, further destroyed him this week, and has him to the point where he is barely walking a straight line. No way they are pulling some miraculous recovery nonsense and having Rollins win. Lesnar will retain.

Ben Shearin: I have to go with Brock here, right? I think this leads to Roman beating Brock at Survivor Series so that he’s the guy. I don’t know where Rollins goes from here, however. 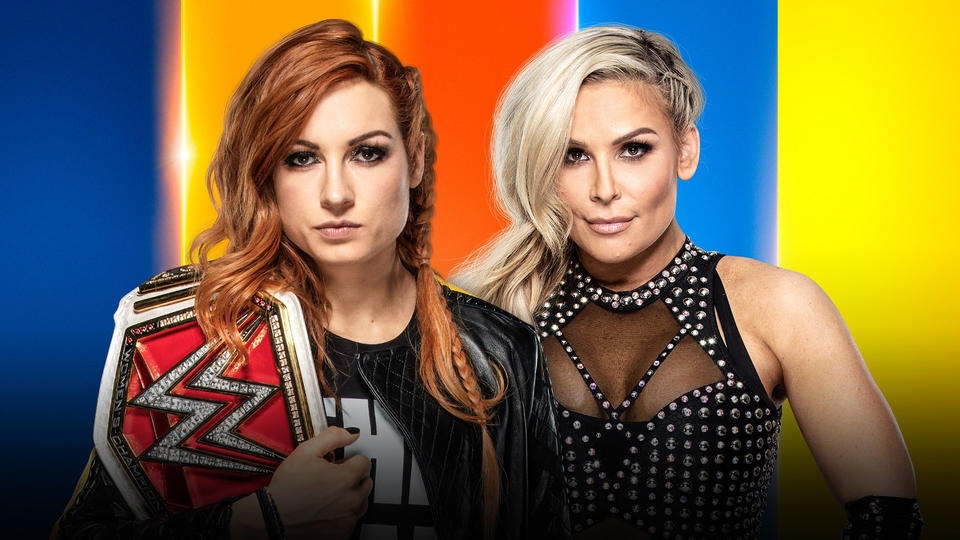 Chad French:  If Natalya wins I riot. Not because Becky is so great right now, just because Natty is the worst.

Drewcifer Jones: This is an ok defense to build Becky Lynch’s resume. I really hope Ronda Rousey returns soon and the women’s division gets the attention it deserves again. Becky wins.

Anthony Harper: Man the women’s division has been poorly developed by the writers. A lot of storylines that don’t feel authentic. With that being said, Becky wins.

Jamie B: So, we’re in Canada, and that means it’s time to give Natalya some love. I’m thinking they end this in a DQ; Lynch retains and Natalya still gets her moment to look dominant.

Ben Shearin: I’m not a Natalya fan, really. But I think she gets the win here. Maybe through some nefarious means? Put Becky back in chase mode. 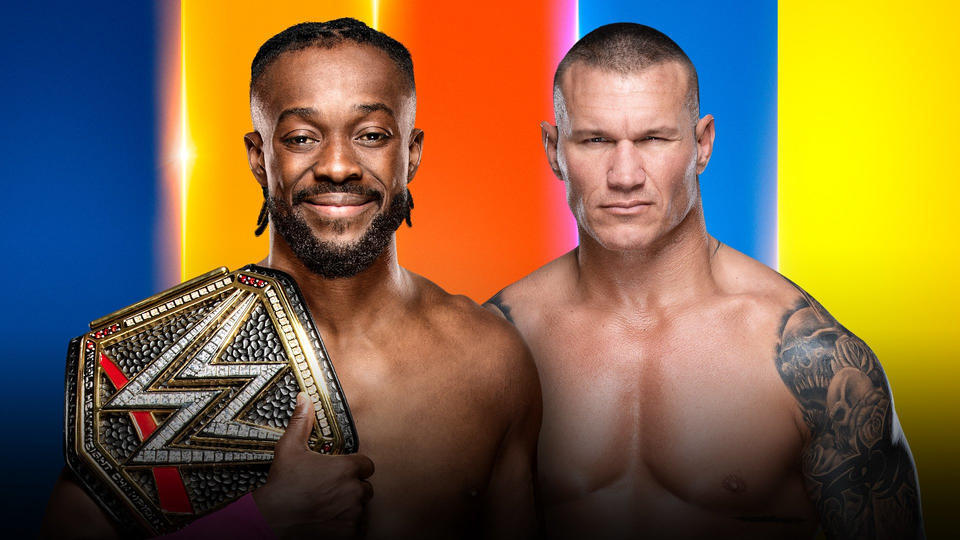 Chad French:  I see no reason to put the belt on Randy. They have had better opportunities to take the belt off Kofi and passed so I don’t see it happening here.

Drewcifer Jones: This is another “notch in the belt” type feud. In order for a champion’s title reign to become legendary, they must defend against former champions. Kofi wins.

Anthony Harper: This one is tough for me because my heart says Randy, but my head says Kofi. Kofi wins and I think this will be a shorter match.

Jamie B: I’ve seen a lot of complaining over social media that Kingston’s title reign has lost all the steam it had in the beginning. While I don’t necessarily agree, I can see the public opinion coming into play here. I see Orton as our new champ.

Ben Shearin: Kofi retains here. Randy is just another stepping stone to give Kofi some credible wins as champion. 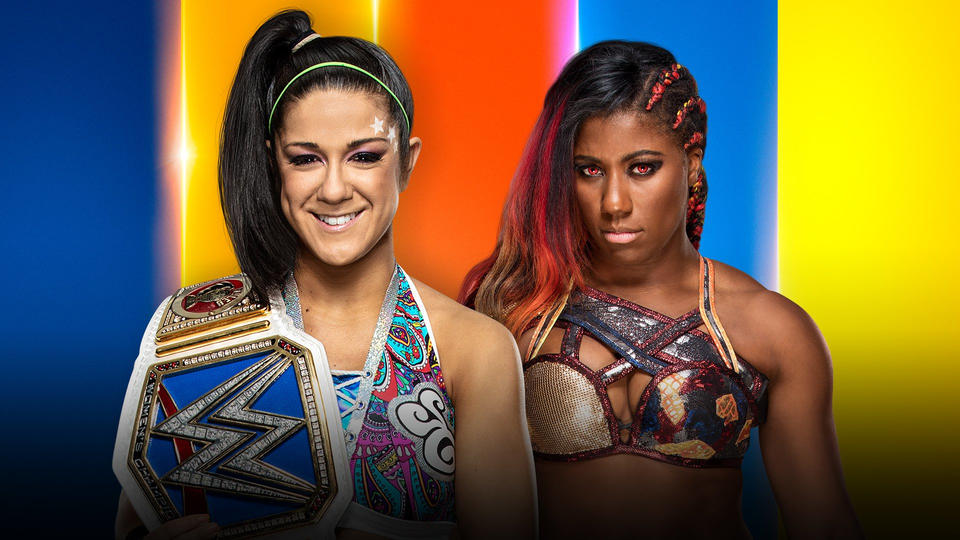 Chad French:  Bayley retains. They haven’t exactly set the world on fire with Ember’s push to the belt and Bayley actually looks competent for the first time on the main roster.

Drewcifer Jones: I hope Ember Moon wins. She’s a tremendous wrestler that hasn’t had much of a chance to show it yet. Maybe this is the coming out party? Ember wins.

Anthony Harper: My “upset” of the night, Ember Moon finally gets her belt. I think this will be a really fun match.

Jamie B: I love Ember Moon and I want to see more and more of her. Nothing against Bayley, but she’s just boring to me lately. Moon will pull out all stops and be our new women’s champion.

Ben Shearin: I think Ember takes the title here. Bayley has done well as the champion, but Ember could use the title. 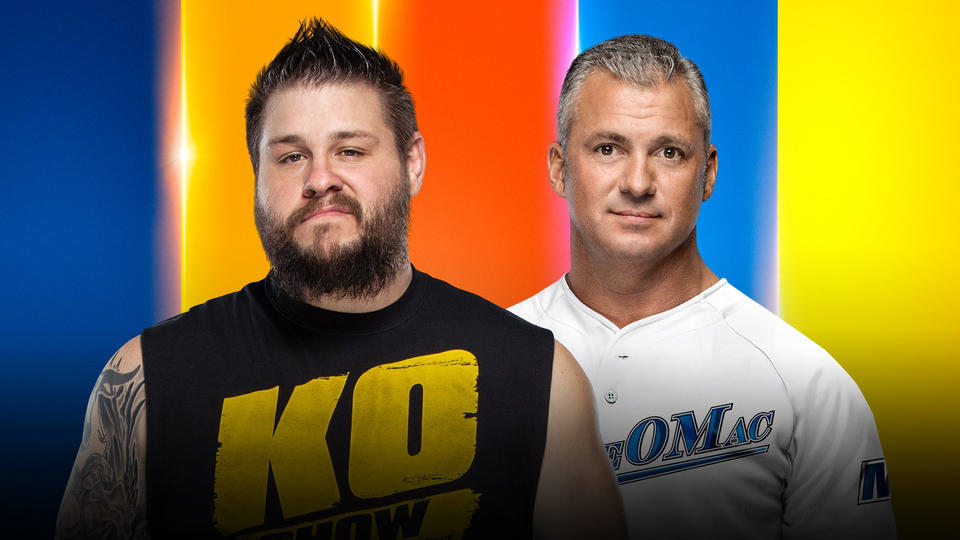 Chad French:  They have to stop with this Shane shit. It’s been the same thing for months Shane’s underlings (who are ten times better with actual futures) get destroyed only so Shane can get the big win in the end. It’s about the dumbest booking they have done in a while. KO should kick him in the balls and Stunner him into oblivion to end the madness.

Drewcifer Jones: This will be great. Shane’s match at Extreme Rules was so much fun. I think this will be the same. It’s not time for Shane to get his comeuppance yet. Shane wins.

Anthony Harper: KO wins and if he doesn’t I put my career in the line. Haha. Go away Shane!!!

Jamie B: If Owens loses, he quits. Owens is a gift. We’re not losing him. McMahon, on the other hand, is over-hyped, overused, and incredibly annoying. I’ve never been a fan, and the whole “best in the world” crap has made me even more frustrated to see him taking TV time away from younger talents. Owens wins and McMahon takes a long vacation from on screen time.

Ben Shearin: I’d love to see KO send Shane off TV forever with a brutal beating, but I feel like we’re just getting started with these two. KO loses, but that won’t keep him from showing up. 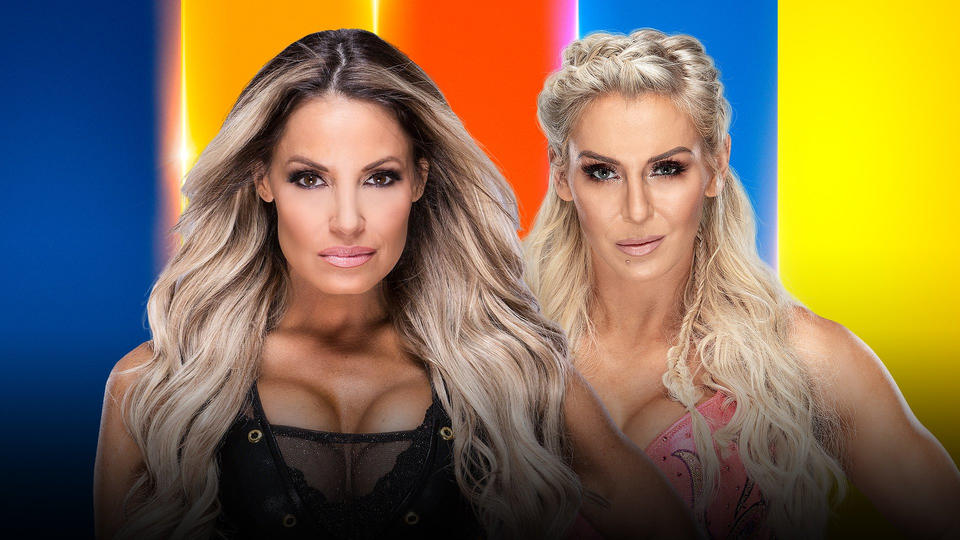 Drewcifer Jones: This is my “Who Could Possibly Care” match of the week. Charlotte wins. Because.

Anthony Harper: Garbage match of the night and I can’t make sense of this matchup, so Trish wins b/c she has kids.

Jamie B: Trish is back, because Canada. I’m pretty neutral on this match; I’m sure it’ll be good but I don’t understand why it’s happening other than to appease the Canadian fans. I guess Stratus will win.

Ben Shearin: Trish is obviously here to do the favors for Charlotte. Anything other than that will shock me. 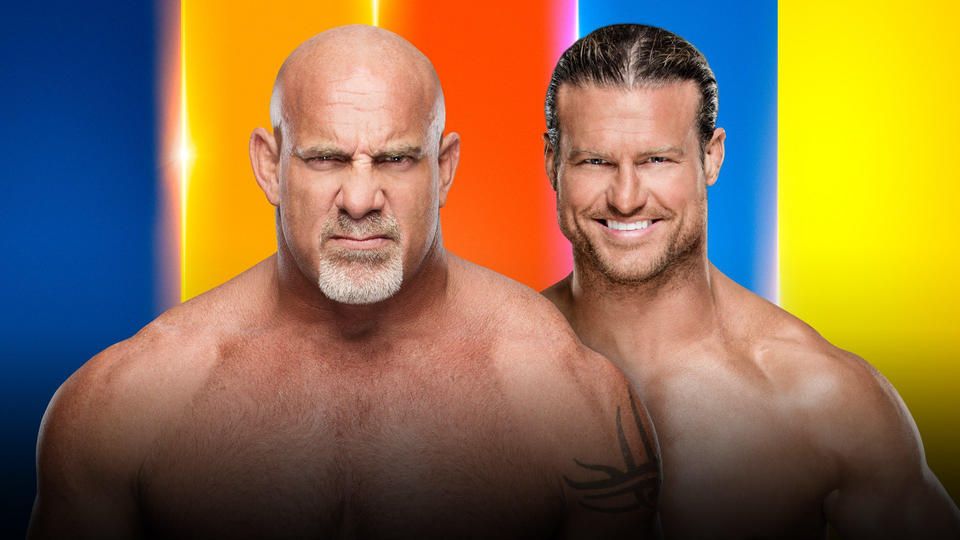 Chad French:  I hope that Dolph runs from him for 20 minutes and blows him up so he can’t finish the match. That being said…really? Dolph wouldn’t be booked to beat Goldberg in his finest hour, much less now.

Drewcifer Jones: Goldberg squashes Dolph in under a minute. 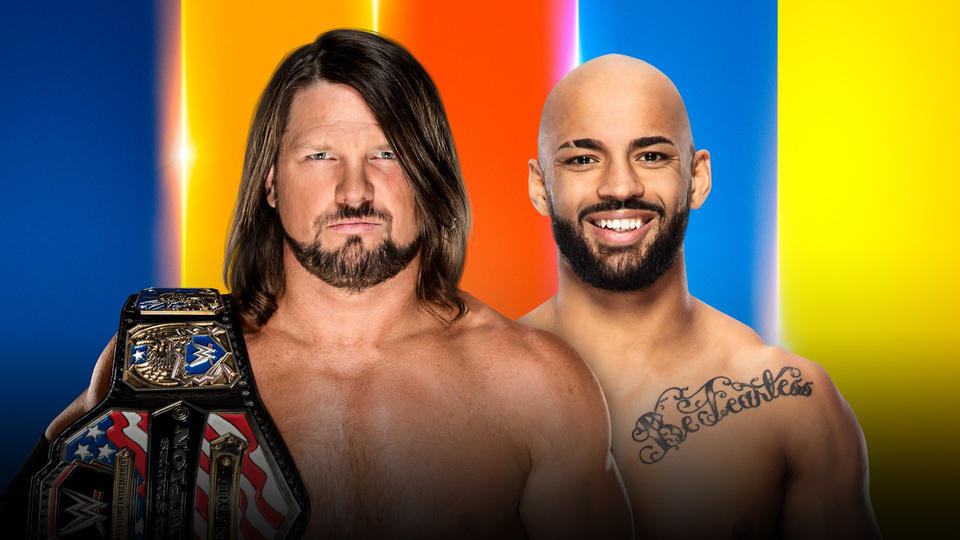 Chad French:  If this isn’t a banger I will eat my hat. AJ needs to keep the belt to build the OC up a bit more though. Maybe we get War Games at Survivor Series.

Drewcifer Jones: WWE has been showcasing some really great match ups lately. This one is premier. AJ wins an incredible match.

Anthony Harper: I have a hard time seeing them taking the belt from AJ while The OC is just getting started as the next big faction. AJ wins.

Jamie B: I’m stumped honestly. I suppose this depends on whether or not Anderson and Gallows are ringside. If they are present, Styles will retain. If not, Ricochet will win.

Ben Shearin: The OC’s have been getting a strong push here lately, and I don’t see it ending here. Maybe Rollins and AJ feud? 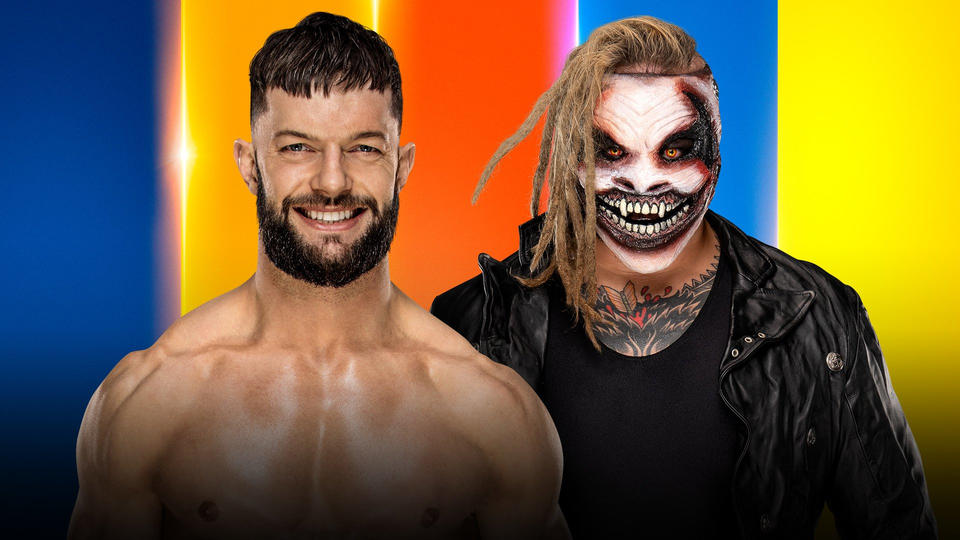 Chad French:  Surely WWE isn’t dumb enough to build a character up for months only to have him lose to a guy that is taking time off and losing on kickoff shows. Are they?

Drewcifer Jones: Bray Wyatt has to win this. If not, what is the point of him even existing?

Anthony Harper: Bray Wyatt win as it makes new sense to have the Fiend lose his first match. Maybe this will set up a Fiend v Demon matchup for Wrestle Mania or another PPV. Enjoy your 2 month break Finn (If reports are true).

Jamie B: The build for this new version of Wyatt has been nothing short of brilliant. He’s spooky and dangerous and that mask gives me nightmares. Of course Wyatt is over. 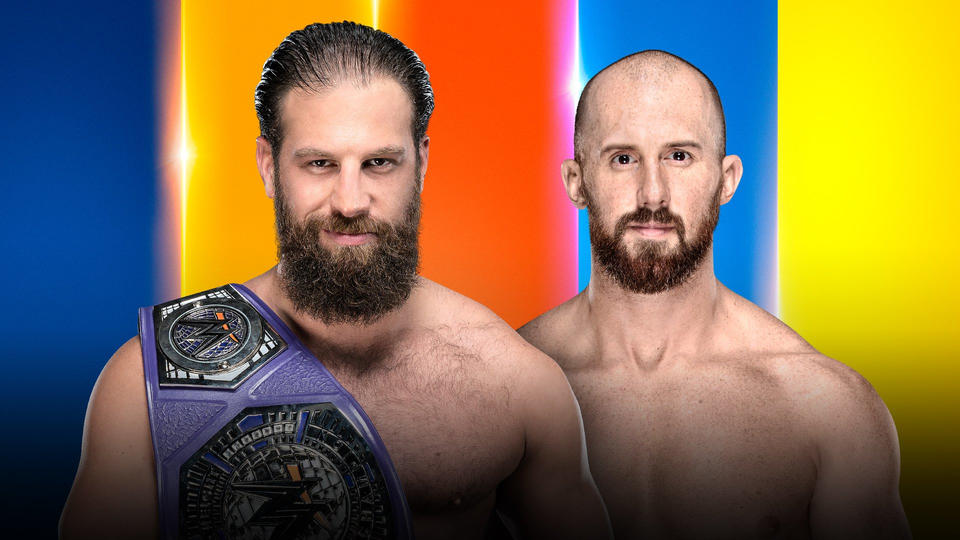 Chad French:  I love both guys but I feel that Drew should be champion until the Sun explodes.

Anthony Harper: Drew Gulak wins, but this will be a really good match.

Jamie B: I am Queen Slacker on my 205 Live, but I’m very familiar with both of these men. Lorcan has the cooler name and I think he also has a leg up on Gulak. New champ tonight? I hope so.

Ben Shearin: Probably going to be match of the night. Oney is so underrated. Gulak retains.

I think we are all looking forward to Sunday and to see how right and or wrong that we were. Thanks to everyone for reading and please come back soon!