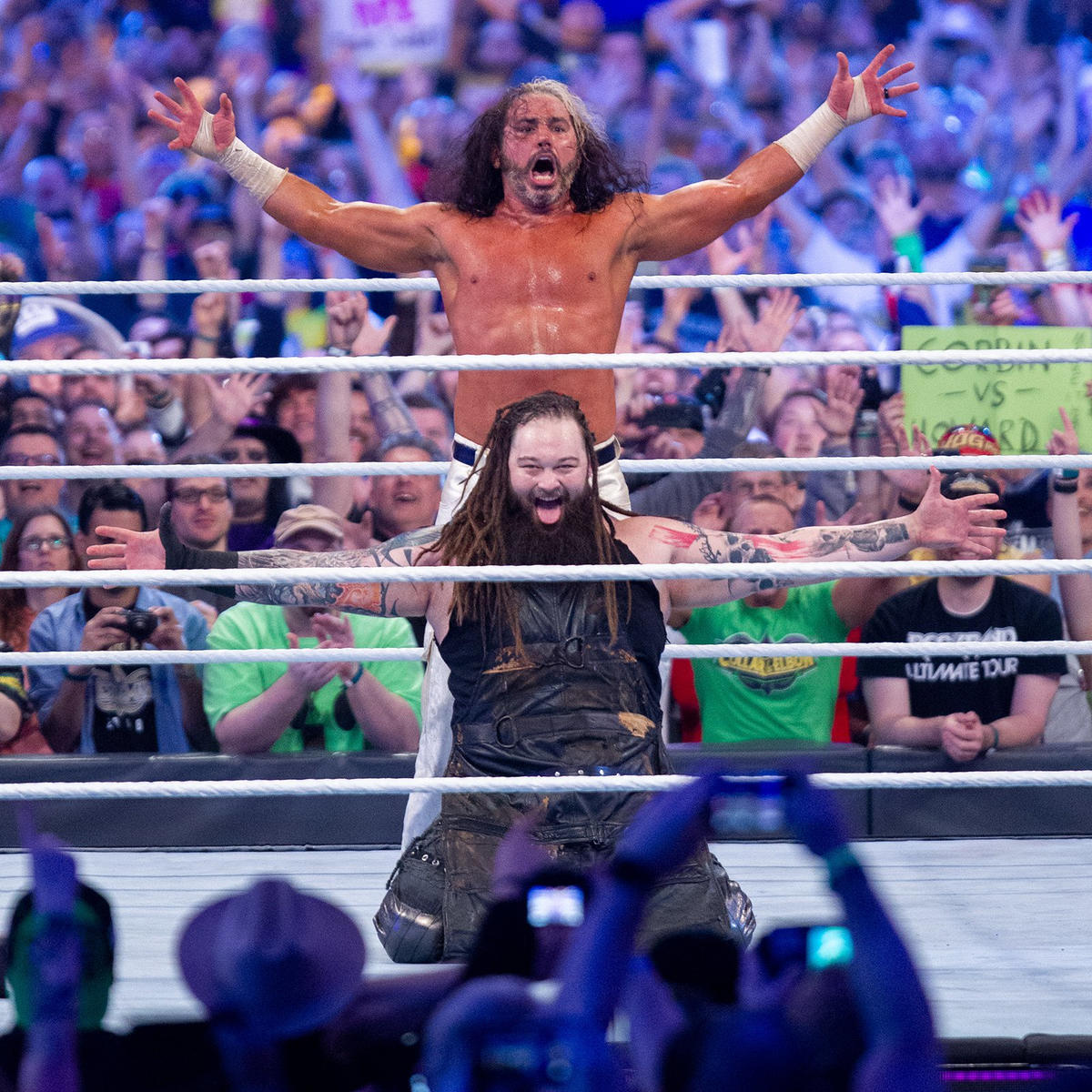 It was a battle royal so it was fine. It did have some fun moments though. The Golden Truth reuniting and then Goldust turning on Truth again with a Dab was pretty funny. Mojo killing Zack almost made me spit my beer out because I was laughing so hard, which is nice. There was a fun bit with crazy Matt doing dueling chants with Tye that had the crowd freaking out. It did frighten me a bit though when it came down to Baron, Mojo and Matt because honestly I had no vested interest in any of their careers at this point. I do love babyface Bray so far though. 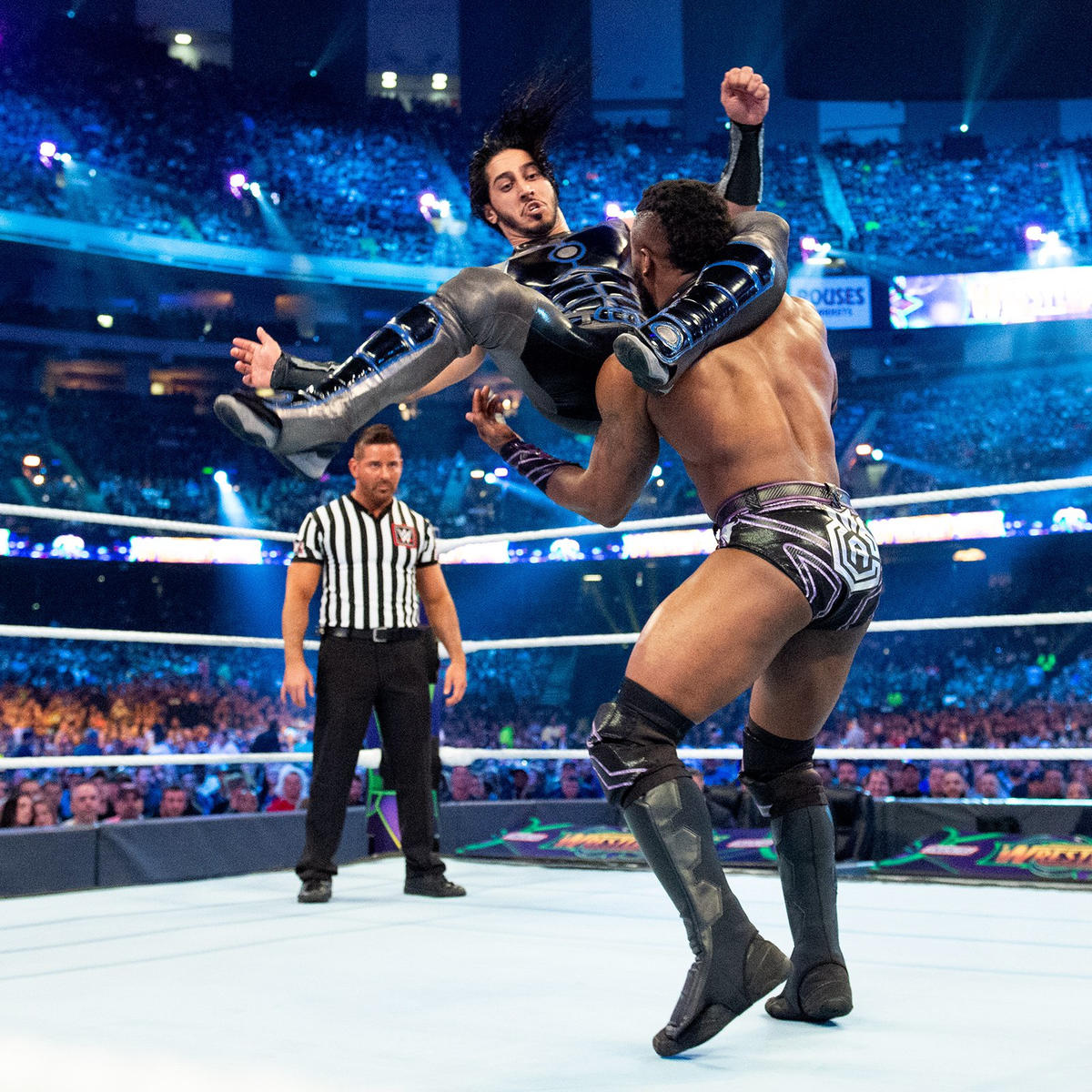 I really wish they got 15 minutes without commercial breaks every thirty seconds to show what they could do. That being said both of these kids did an awesome job with the time they had and really had the crowd into it even if it was not in front of as many people as it should have been. Both of these kids are awesome and I’m glad they got this chance. 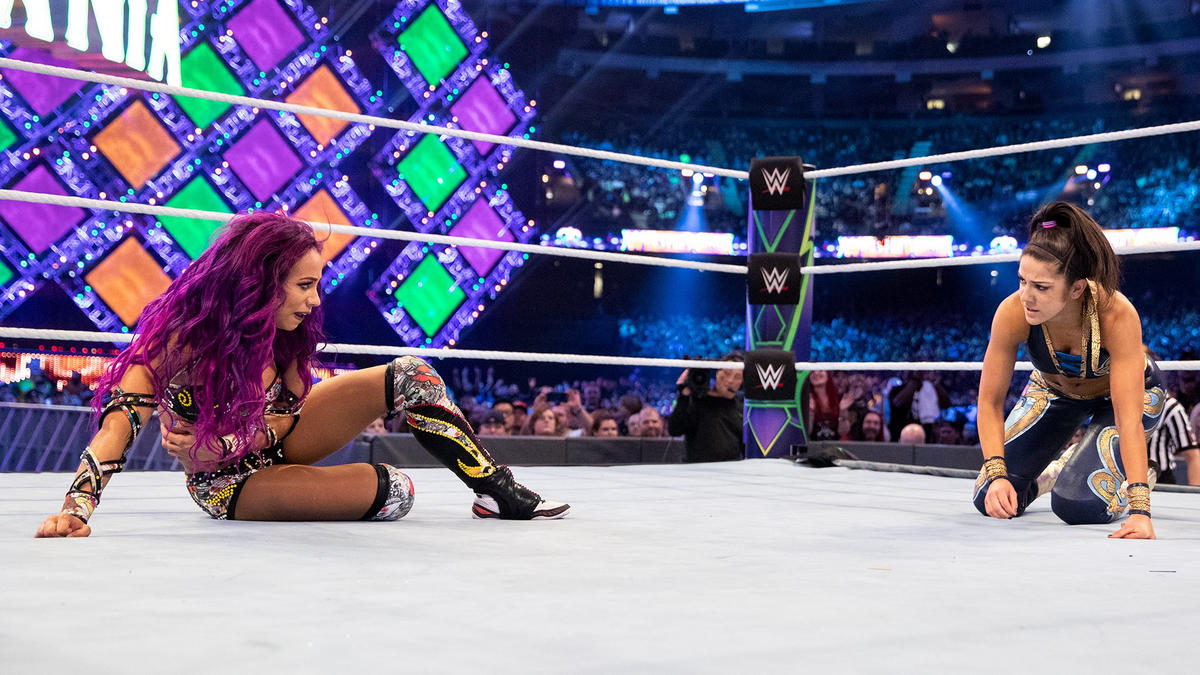 I really didn’t like this match until the end. The only fun stuff was the NXT ladies pulling a Nexus and laying some people out. We really didn’t get into anything I could invest in until it got down to Bayley and Sasha. When it appeared Bayley won the entire crowd went nuts, and then they screwed it up by having her lose to a babyface that laid on the floor for half the match. What a missed opportunity.

Winner: Naomi got the win after valiantly coming in after all the fighting was done.

After everyone made their super cool WrestleMania entrances we got down to a bad ass opening contest. All three dudes definitely brought their best effort to the big show and put on a match that not many on the card were able to live up to. Miz was the dirt bag glue that held this thing together and did a marvelous job as the only heel in there. Both Seth and Finn worked their asses off and were flying all over the place. Really awesome opener and no matter who won you get the feeling their would be very little disappointment from the audience.

Winner: Seth got the victory after nailing Curb Stomps on everyone. NEW CHAMPION! 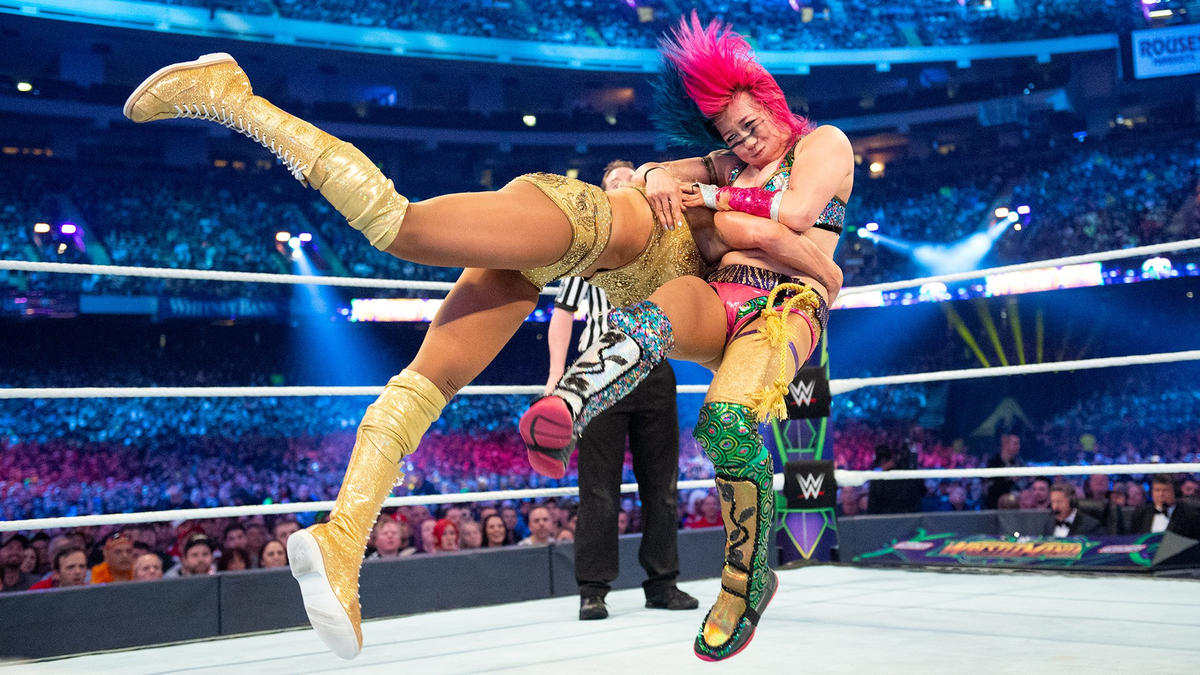 To be honest I should have seen the ending of this coming after Charlotte got that sweet ass HHH entrance. After 914 days this was the night where it all came crashing down for Asuka. This was an awesome match beginning to end and in my opinion, probably the best on the entire show. They went out there and busted ass and completely blew away the awesome Triple Threat match that came before it. If this would have main evented the show I would not have been upset in the slightest. I think these ladies took the show home with them. Amazing stuff.

Winner: Charlotte made Asuka tap with a one armed Figure Eight. 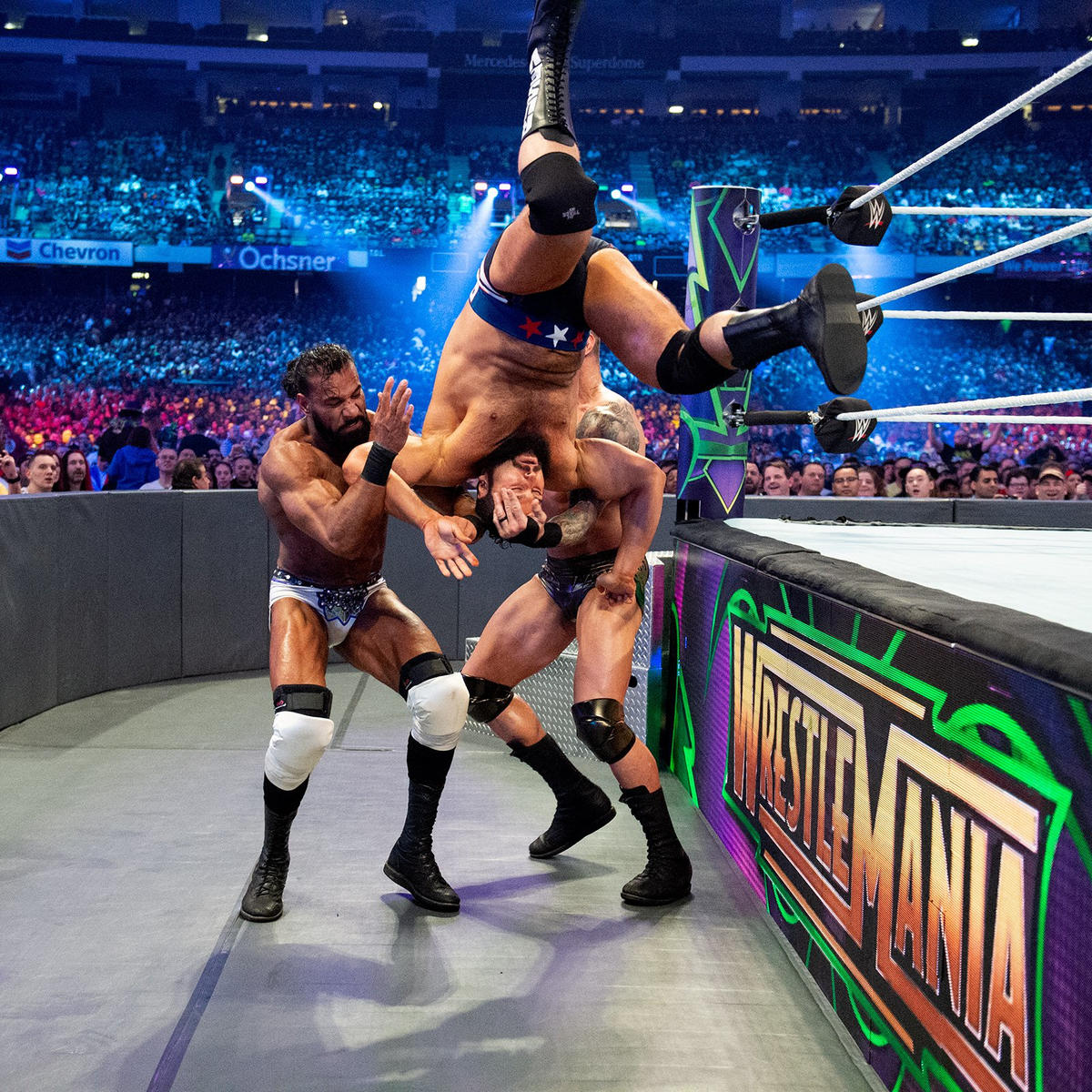 So you have a match that literally no one was clamoring for so you fix it by adding one of the hottest acts in the company. Good idea. Bad idea, having him in there so he can carry all of the emotion from the audience and then take the pinfall. The fact that they had someone as organically over as Rusev was amazing and yet they continued to fuck it up week after week after week. I don’t even care that Jinder won, believe it of not I think he will be fine in the role. I just think throwing money away is a dumb thing for a publicly held company to do.

Winner: Jinder Mahal after doing literally the same thing he does to win every match. 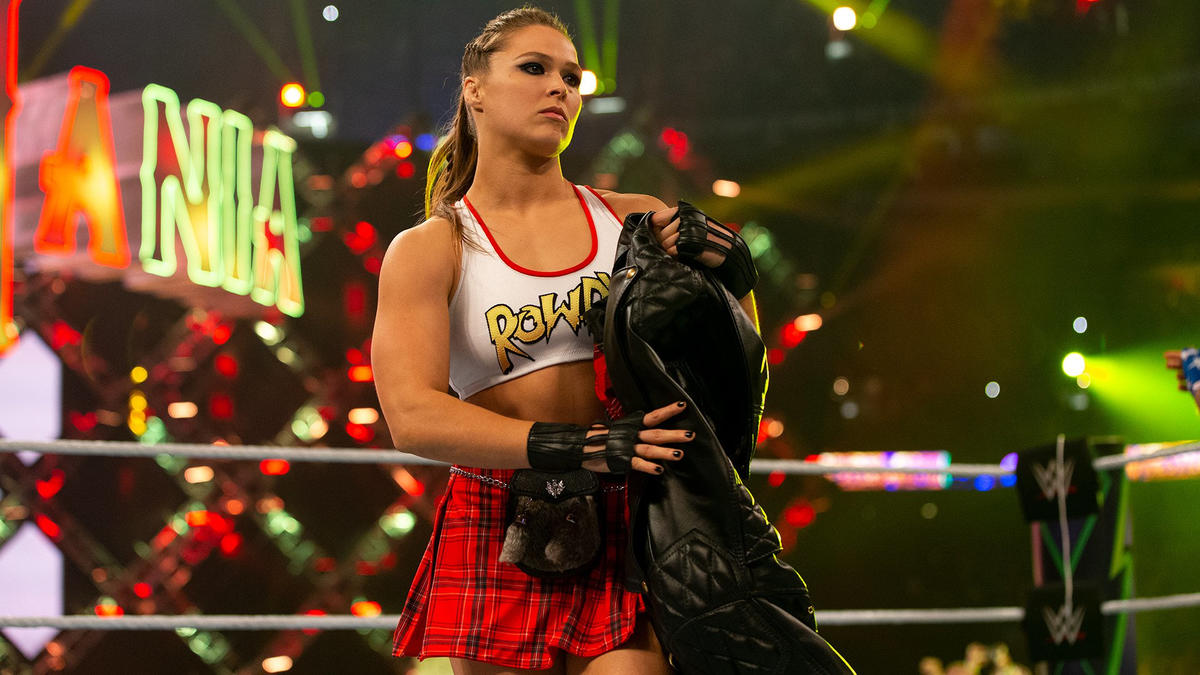 This may have been one of the greatest debut matches in history. Ronda finally got to come off like a complete badass. I think this may have went a little too long for the story they were telling, but at least the story was good. HHH finally gave Kurt some offense so they cancelled each other out and it was left to the ladies to decide the winner. Stephanie did a great job of being a cheating jerk, but everyone knew when it came down to a fair fight she was screwed. Really good stuff from everyone involved.

Winner: Ronda and Kurt got the victory when Stephanie tapped to the armbar. 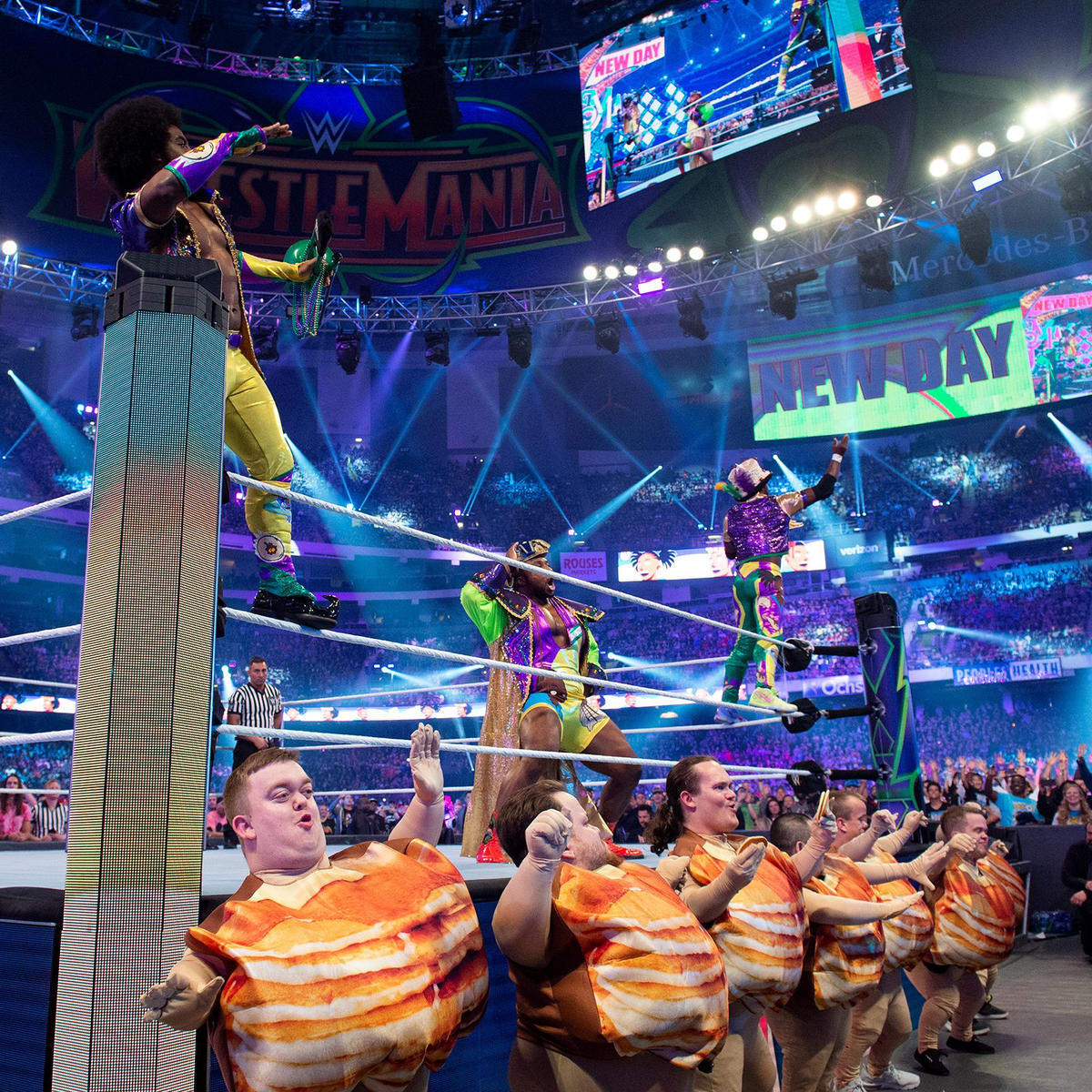 SmackDown Tag Team Championships/Triple Threat: (C) The Usos vs The New Day vs The Bludgeon Brothers

This was what it was. In what could have been a well earned and good match for the two babyface teams it turned into a decimation for the Bludgeons. This was a squash match on WrestleMania and that’s pretty much all I have to say about it. Could and should have been better.

Winner: Bludgeon Brothers got the victory after a top rope sitout powerbomb on Kofi. 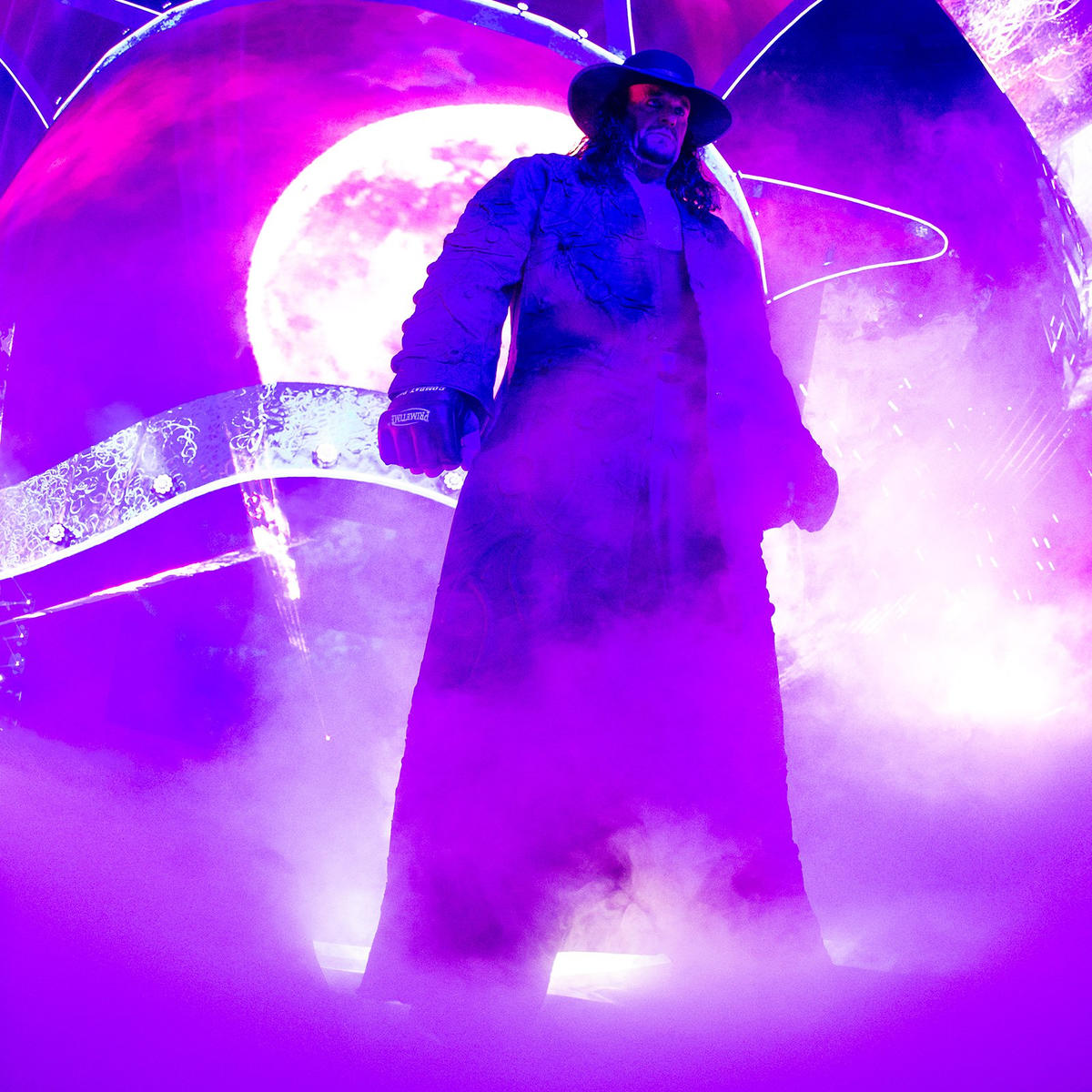 John Cena Vs The Undertaker

Back to back squash matches. I get the point here though, there is no way we should see the Undertaker doing twenty plus minute matches ever again. We should be happy if he shows up once or twice a year to tombstone some fool. Kudos to Cena for carrying this entire feud and then having enough confidence to allow himself to look like a complete chump in front of a crowd this size.

Winner: The Undertaker via the Tombstone. 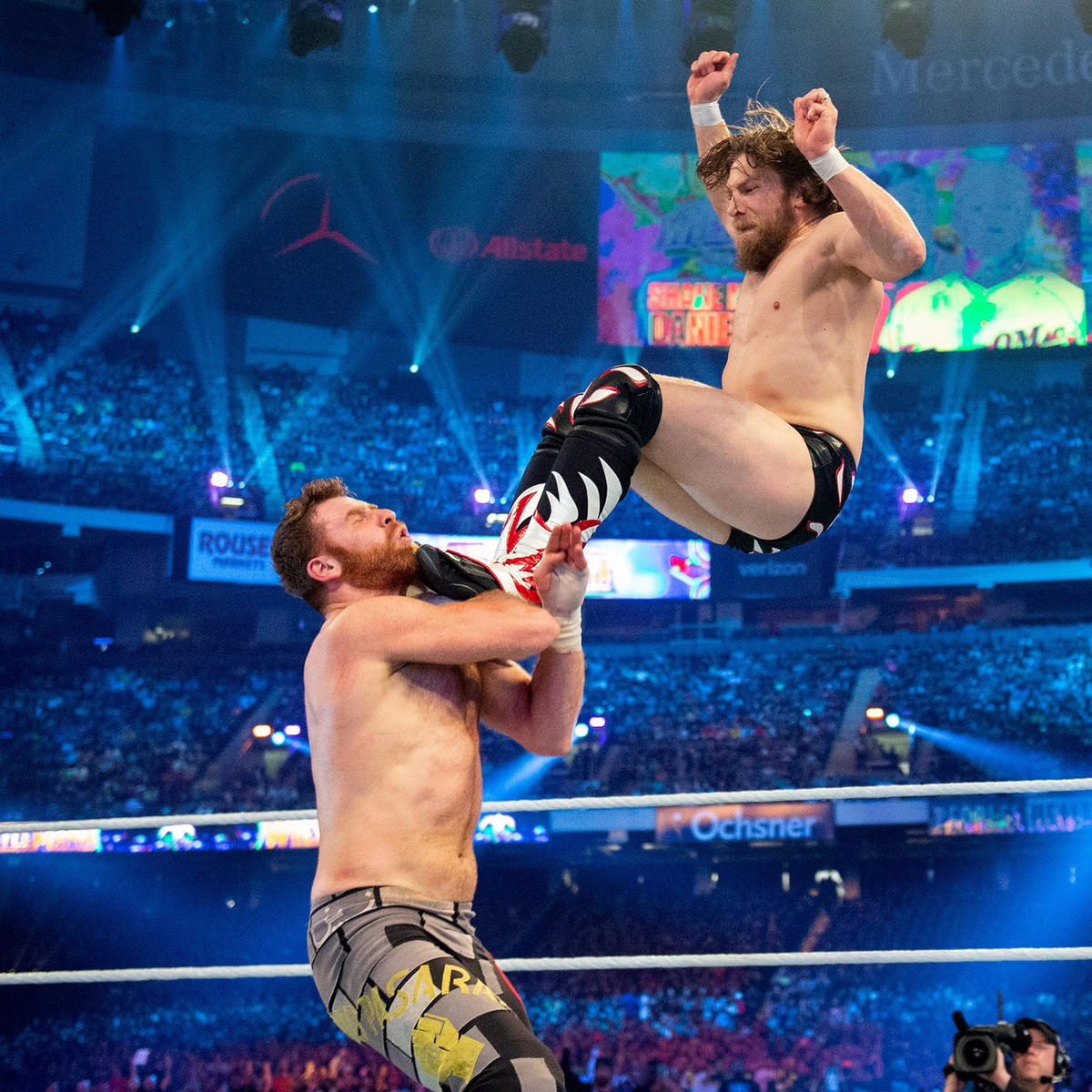 The pop Daniel got dwarfed everything on a show that included the return of the Undertaker. Think about that. This match was awesome when Daniel was in and complete masturbatory junk when Shane was in. I get that we are supposed to believe in badass Shane but his punches have always screamed otherwise to me. Kevin and Sami did a magnificent job of making both of these guys look incredible though. I can’t hate on anything too hard that has an emotional moment like Daniel’s return. It gave me goosebumps.

Winner: Daniel got the win for his team after a knee and Yes Lock. 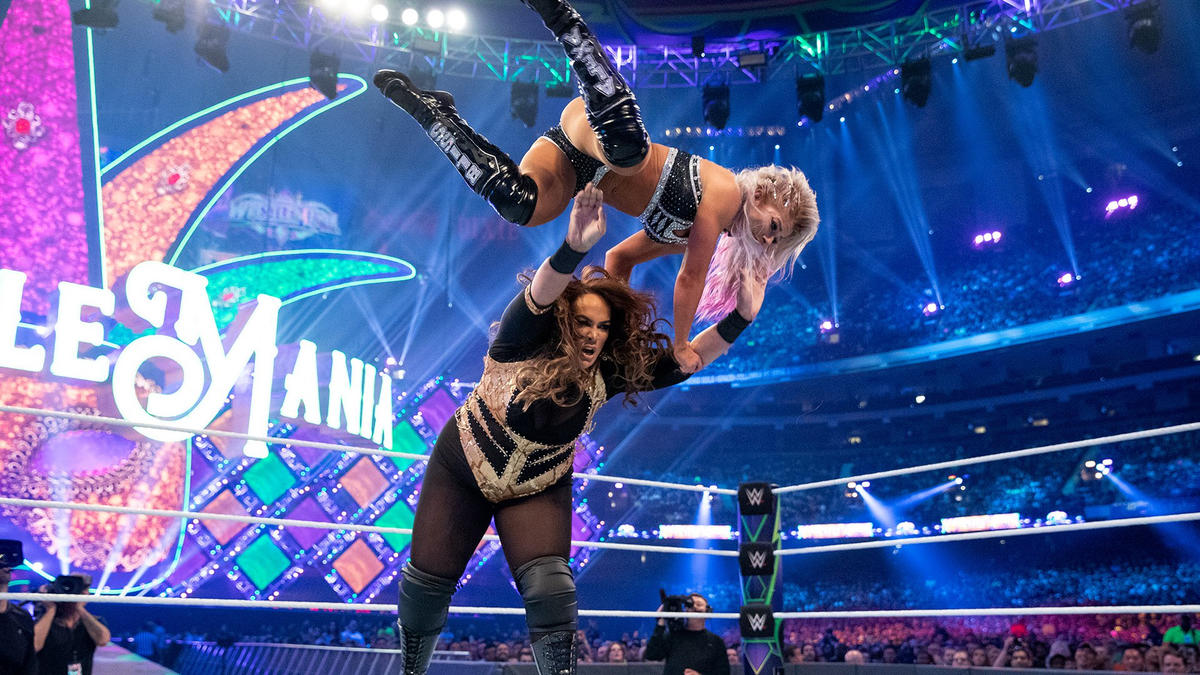 You can find me in the camp of people that says this should have been two minutes of Nia domination. They both did an excellent job in their roles though. Alexa plays such a good mean girl that she almost makes herself endearing in the role. Nia was awesome as the scorned friend trying to take revenge. Considering what they had to follow I think they did an admirable job. 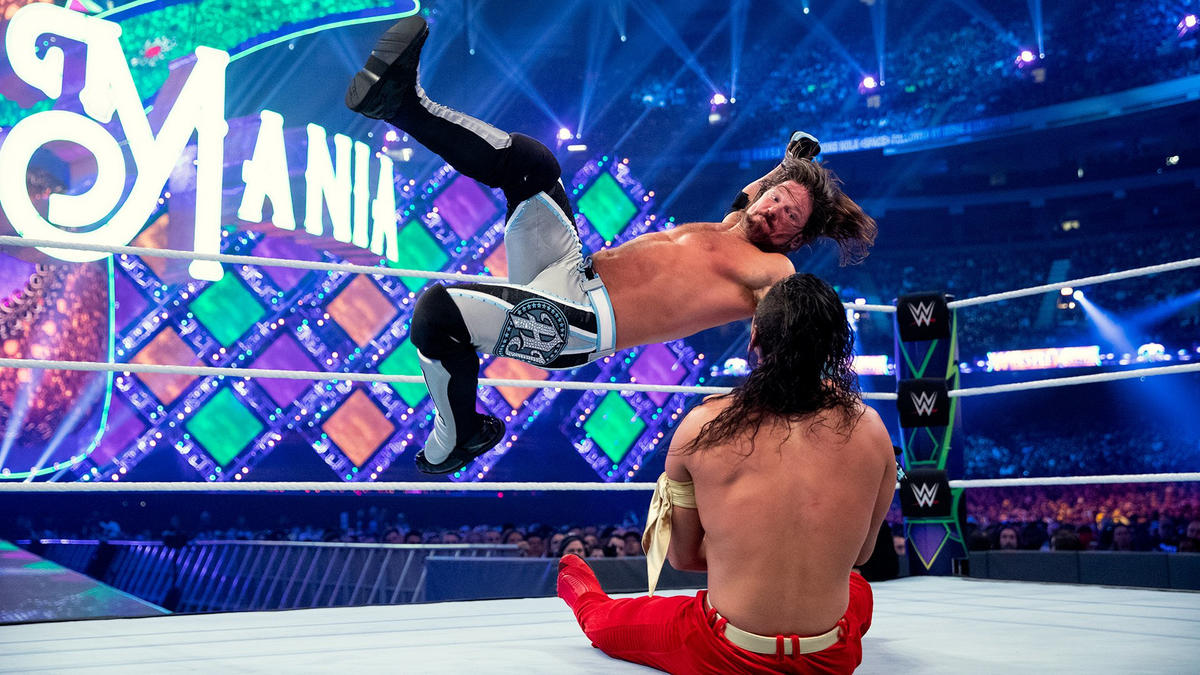 Was it as good as their previous matches? No. But it was also shorter and didn’t have the time to tell a full story. These guys never had a match in WWE that equaled anything that they were able to accomplish in Japan. This was really the beginning of taking Nakamura from a star to just being a guy that couldn’t get the job done. Serious disappointment.

Winner: AJ got the pin with the Styles Clash. 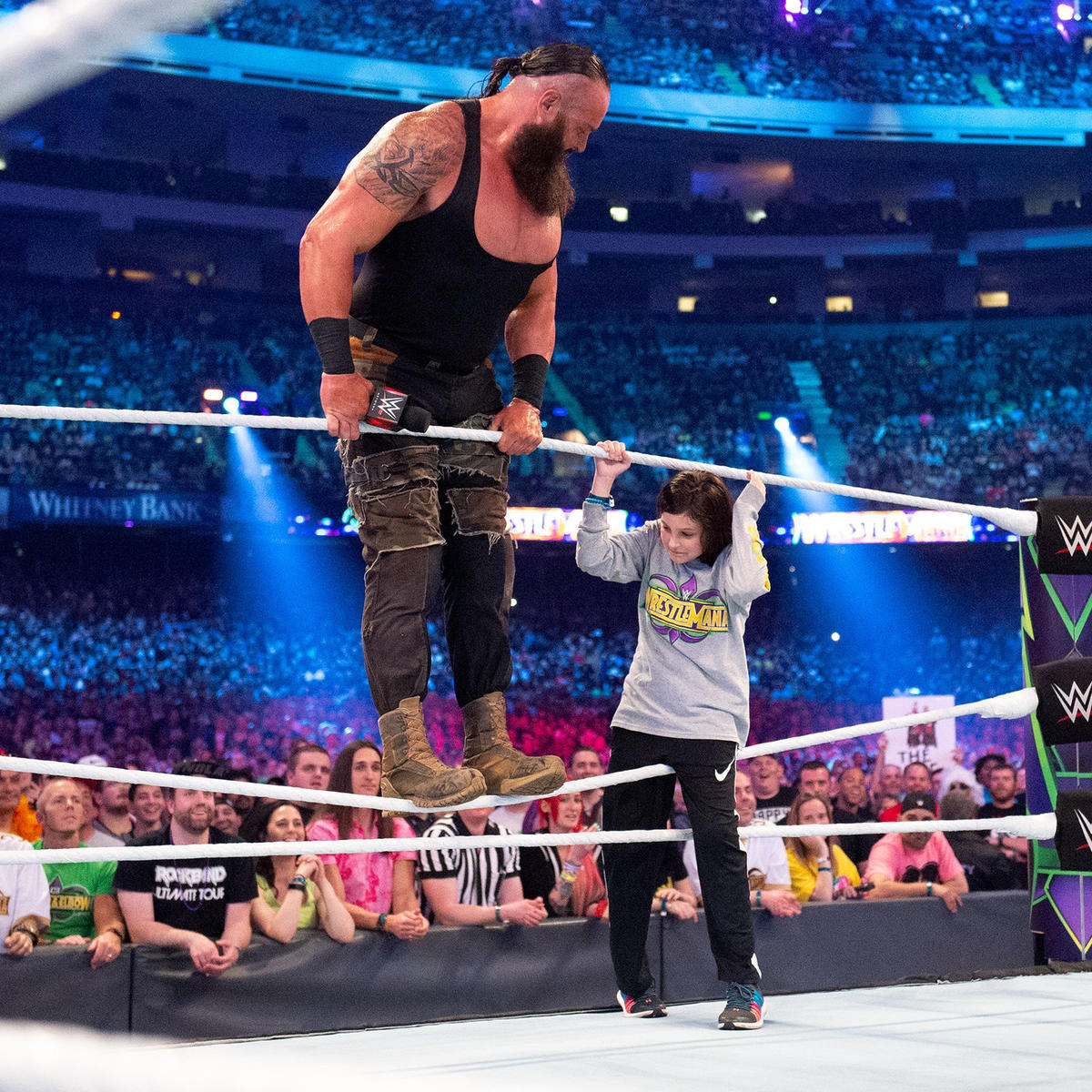 The entire point of this was to prove that Braun is a bad son of a bitch that didn’t need a partner. They did that. As far as using a 10 year old kid to accomplish that? I don’t know guys, there was probably a better way to handle it, especially considering they just drop the belts the next night. It is what it is.

Winner: Braun and Nicholas after the distribution of hands. 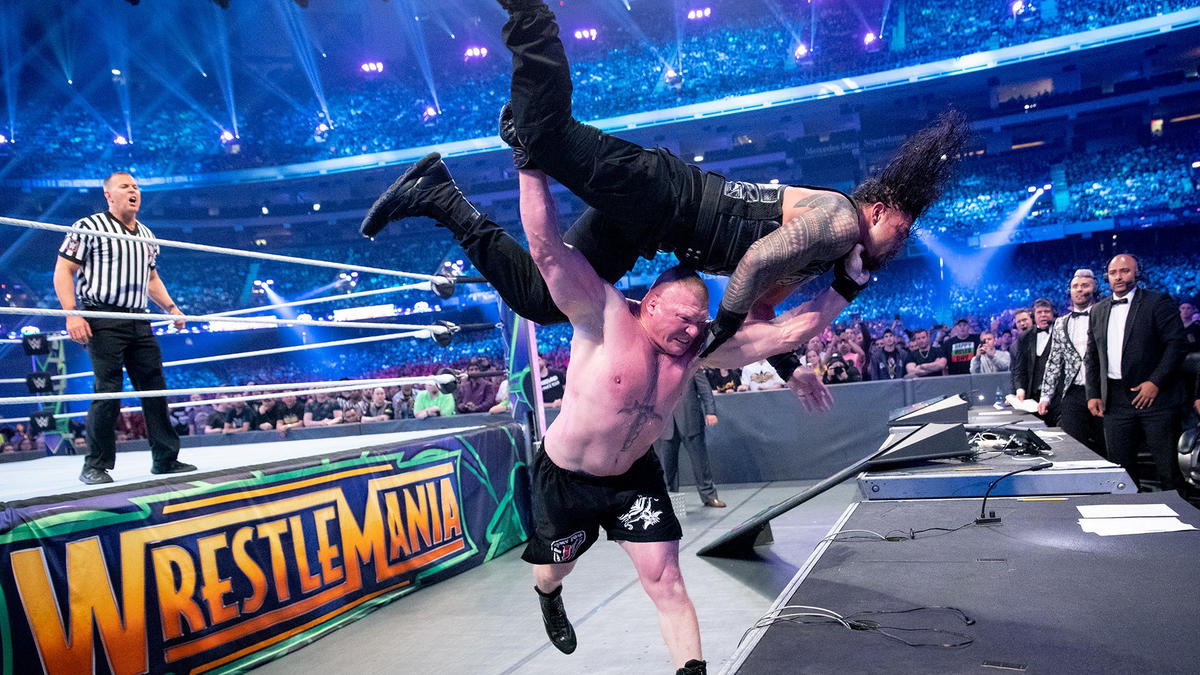 Well, this was a Brock Lesnar match. Suplexes were hit, F5’s were nailed and he busted a dude open to win. It was fine, really. The only two issues I saw were that it was a hard match to go home on after what felt like 50 hours of wrestling and what the hell was the plan with Roman? They had been building to this moment for years and then at the last second chickened out. I didn’t understand it then and don’t now. This was the time to make him your guy and you bailed on him again.

Winner: Brock got the pin on a bloodied Roman after an F5.

Overall Thoughts: There were some definite highs and lows with this show. The highs were really high (Charlotte/Asuka) but the lows were just as low (SmackDown Tag titles). I think in the end this will go down as a middle of the road WrestleMania that had some cool moments, a couple good matches and besides that, nothing memorable. This was a lot of wrestling to not be memorable, I think that’s an issue. But as I’ve said before I am just an Idiot and do not own a billion dollar publicly traded company. So maybe I just missed the big picture.