The Royal Rumble has always been the main drawing card for this show but WWE has always managed to sneak some stuff in to the event that lived up to or sometimes exceeded the big match. Here are my 10 favorite.

I always loved the chemistry between these two guys. I enjoyed this and feel it would probably rank even higher if it didn’t have a screwy ending. As it was they were setting up Diesel/Taker for WrestleMania and Bret’s title reign was kind of treated as an afterthought. Still a solid contest though. 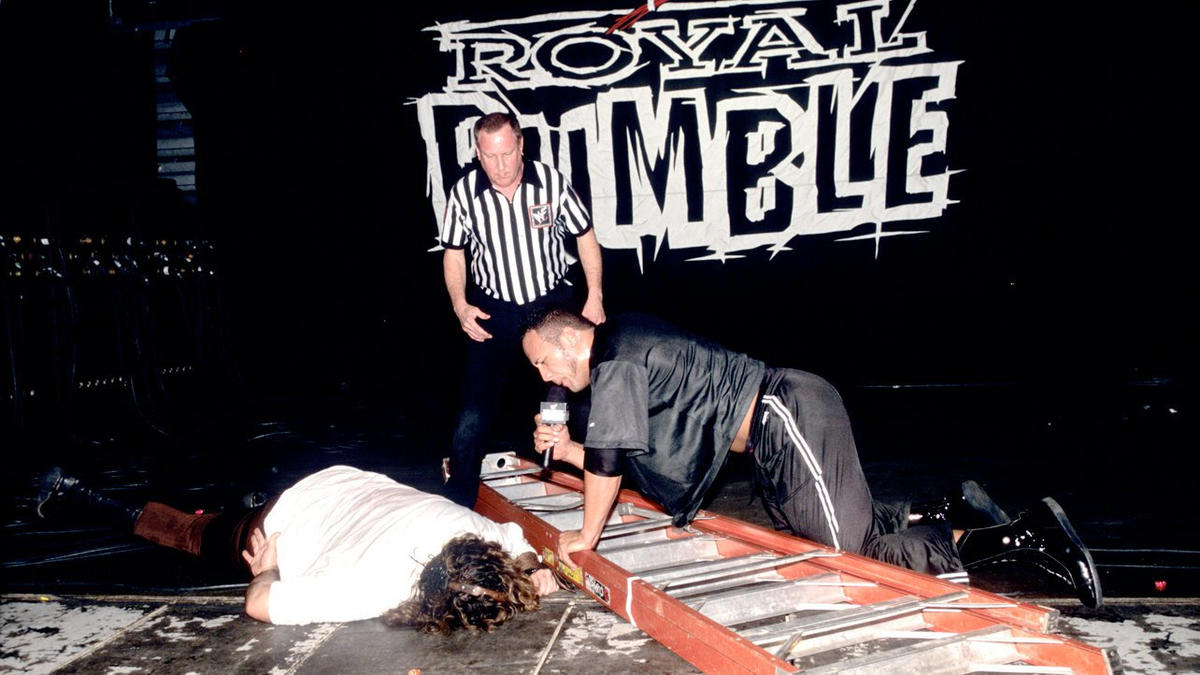 One word describes this contest…brutal. One of the more legendary matches in Rumble history due to being included in the Beyond the Mat documentary was to be honest, uncomfortable to watch on repeat viewings. The first time I saw this it blew me away that a man could have this type of match and be OK afterwards. In reality I couldn’t have been more wrong and this was one of the catalysts for Mick’s thoughts of retirement. 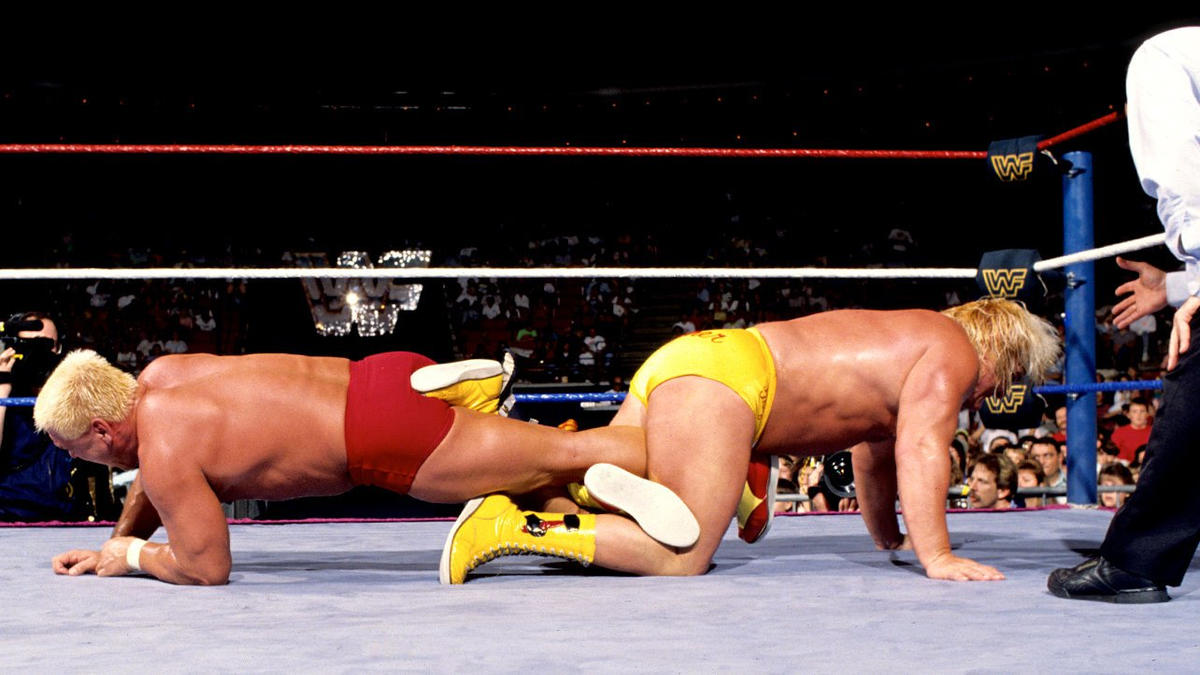 I loved this match as a kid and I love it now. This match was just an old school NWA type battle that somehow ended up on 1990 WWE television. If you have never seen this match I highly recommend you do it as soon as possible. I can’t say enough good things about this entire deal. 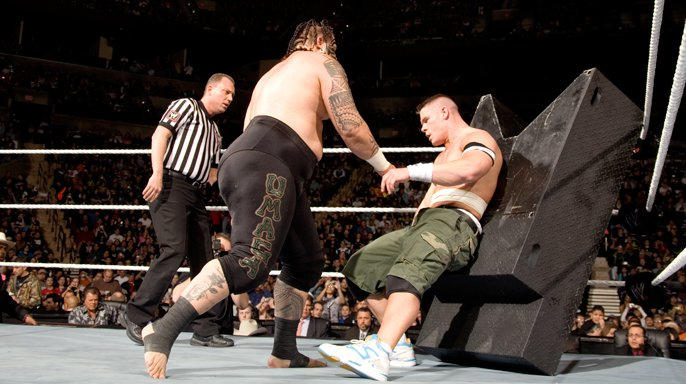 I remember when this match was announced people thought that it would be a dog…boy where they wrong. Umaga is one of the most underrated big men in the history of wrestling and John Cena was becoming JOHN CENA. Say what you want about Cena but with the right opponent the brother can go. These two went out and made magic on this show. 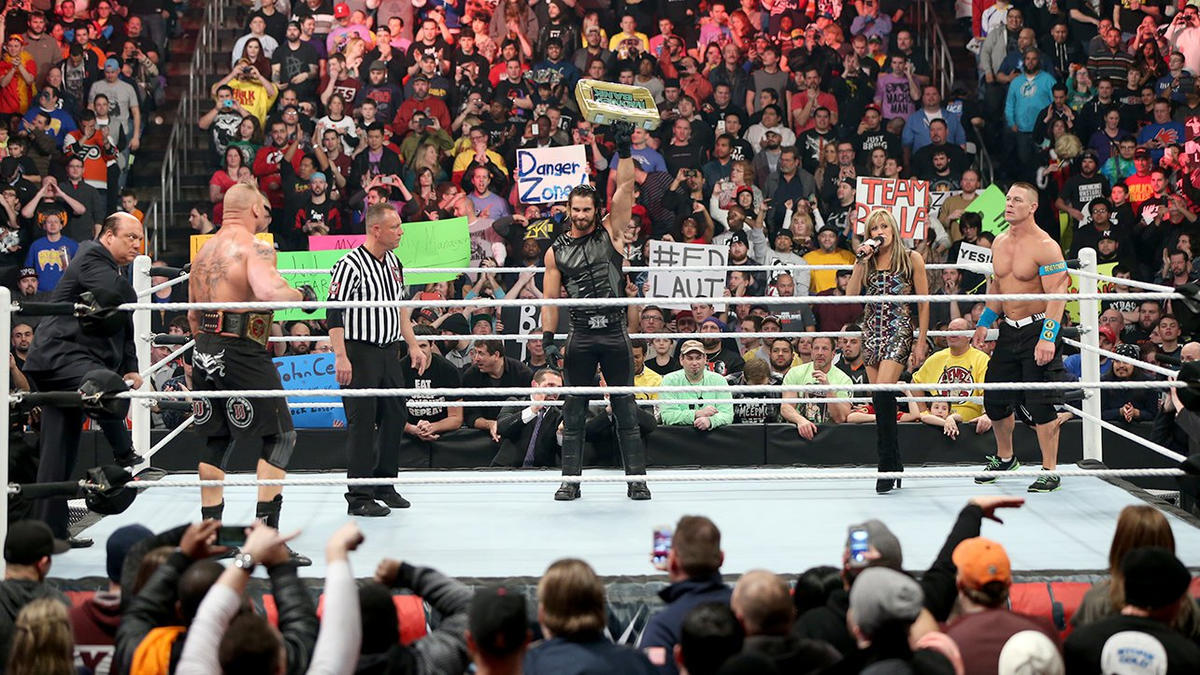 Yep. John Cena’s second appearance on the countdown, deal with it. This was a well designed and planned out match that had the entire arena buying everything they were selling. Brock hadn’t worn out his welcome yet, Seth was still a scumbag and Big Match John hadn’t turned in to a Hollywood actor quite yet. Damn fine contest. 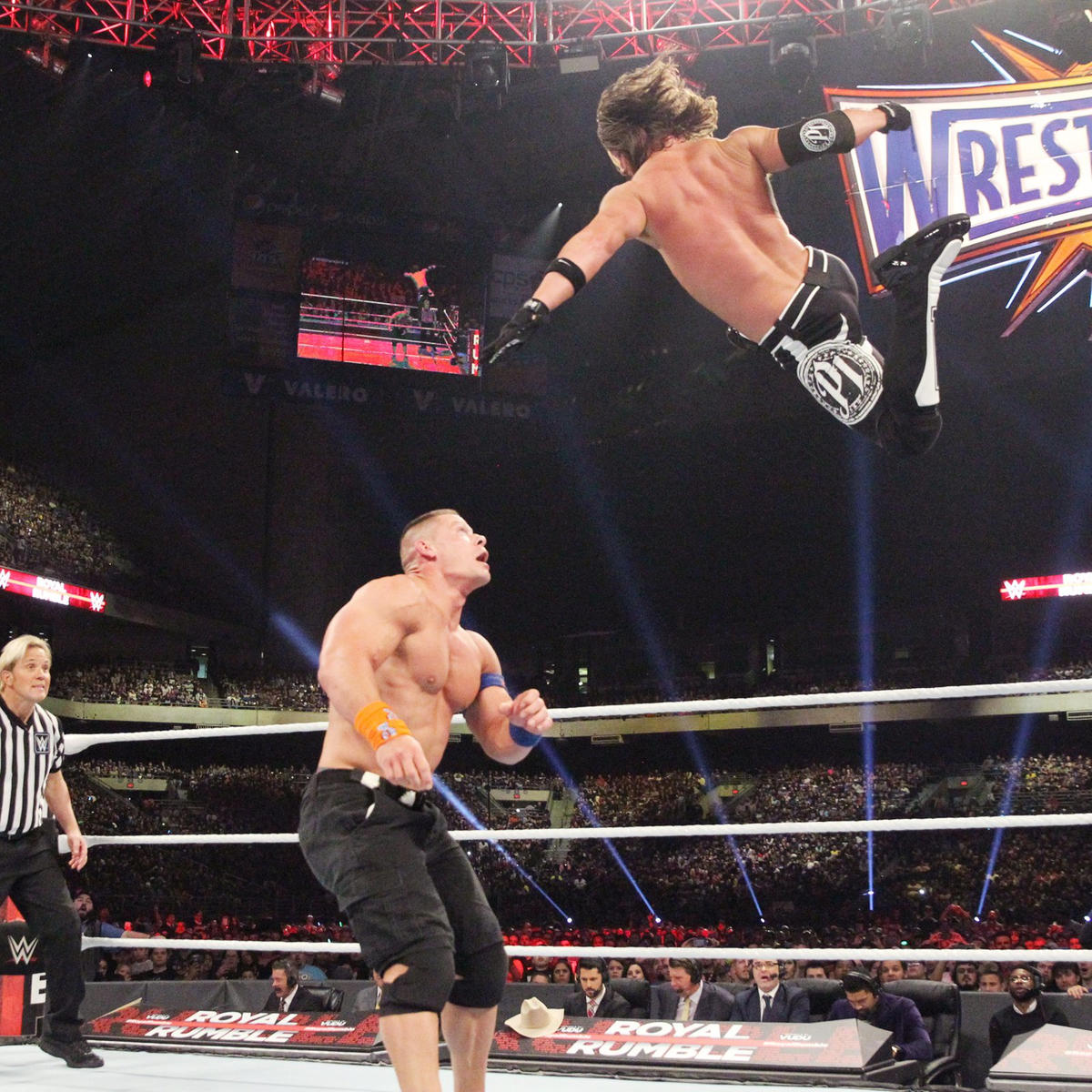 This is the newest match on my list and once again involves John Cena. John’s 16th Championship reign began with one of the greatest matches in Rumble history. AJ Styles is one of the finest in ring performers of all time and if he is in there with someone like John it only amps him up more. Cena’s reign didn’t last that long, but the way it started will always be remembered. It’s a classic. 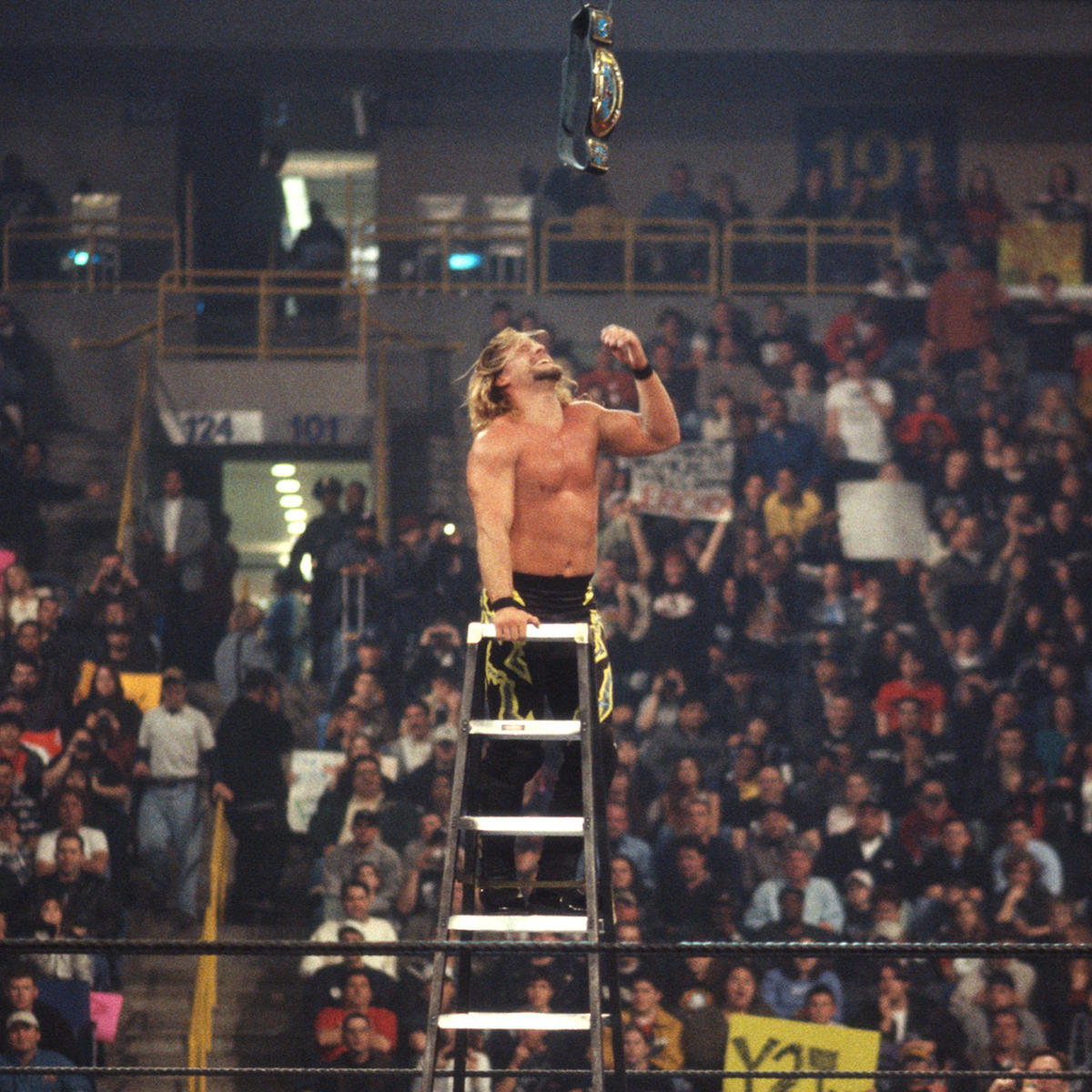 This is the first of 2 matches that contain Chris Benoit. I’ll save my thoughts on that situation for another time. I will say that this match is one of my favorite ladder matches of all time. It’s more of a hard hitting fight than a flying around spot fest type of deal and I really dug it then and still do today.

Couldn’t find an image of this on WWE.com for some reason… This was almost a perfect technical wrestling match between two of the best to ever do that style. If the unfortunate Benoit incident had not reared it’s tragic head then this would have been one of the big moments remembered in Kurt’s return. Unfortunately for Kurt this moment will be one that will always have a bittersweet quality about it now. 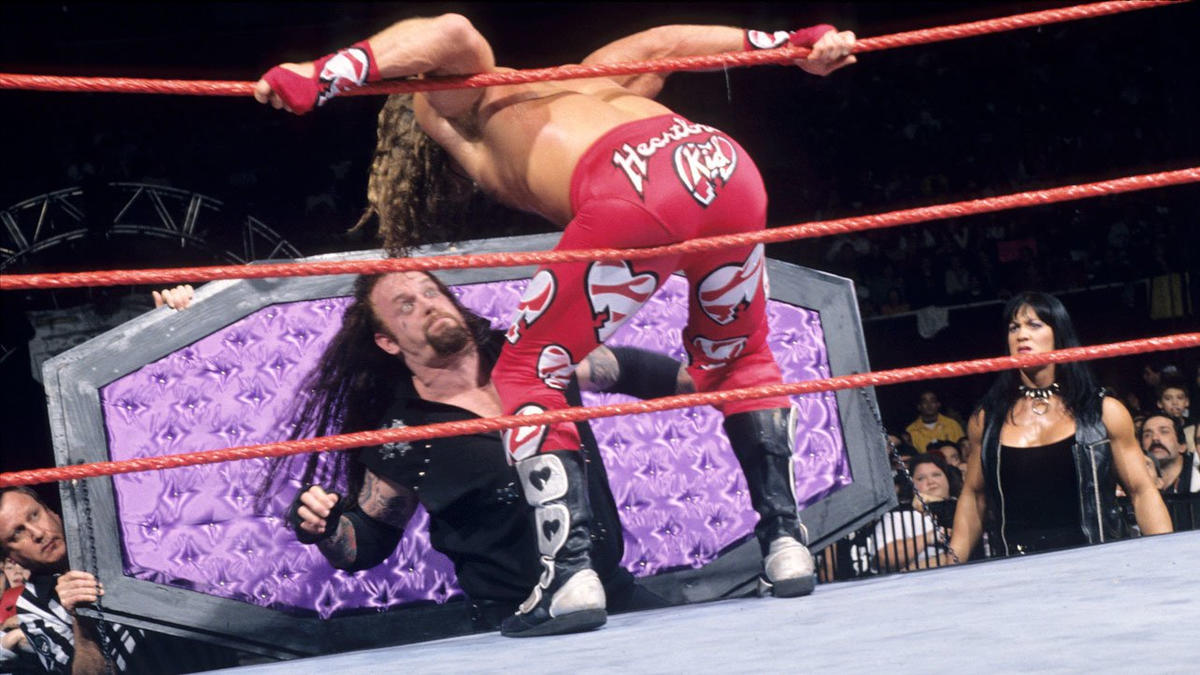 Remember that chemistry thing I mentioned with Taker/Bret? Quadruple that and you have Undertaker vs Shawn. They quite simply never had a match against each other that I didn’t enjoy. This was memorable for a lot of reasons, not the least being the last appearance of a completely healthy Shawn Michaels in a WWE for many years. 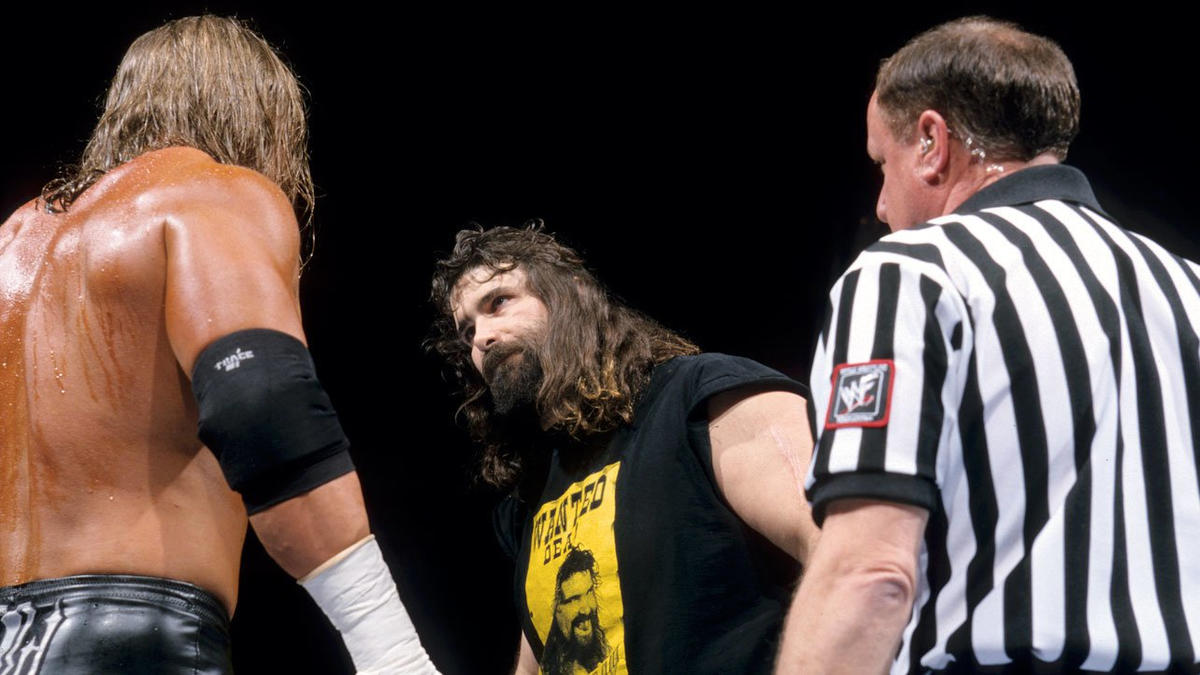 I honestly won’t listen to any arguments about this being anything less than number one. The best wrestling matches to me have a realistic fight feel while still being tremendously entertaining. This street fight is one of those things that perfectly encapsulated a moment in time in wrestling history. The year 2000 was one of the greatest in ring WWE years ever and this match arguably started that trend.

That’s the list y’all. Do you agree? Disagree? Neither? Let is know in the comments.

If you want to try and support this crazy website you can buy some merch right here. We can use all the support that we can get. This does not pay well.